The fourth and final Tide class tanker, RFA Tideforce, has arrived in Cornwall for customisation.

The 39,000 tonne vessel, which will deliver fuel and water to Royal Navy ships on operations all over the world, follows her sister ships Tidespring, Tiderace and Tidesurge into the A&P Falmouth yard, where work to customise the fleet ahead of operational service is sustaining 300 jobs.

“The delivery of the fleet within budget and to a challenging schedule has been a significant undertaking which has been expertly delivered by the dedicated team at DE&S.”
– Sir Simon Bollom, CEO DE&S

Each of the Tide class ships is as long as three jumbo jets and has a flight deck large enough for a Chinook helicopter to land on. Like the rest of the fleet, Tideforce is perfectly equipped to refuel Royal Navy warships, including the two new Queen Elizabeth Class aircraft carriers, in hostile environments and challenging sea conditions.

“Defence Equipment and Support personnel will continue to work closely with industry to ensure Tideforce and her sister ships are fully supported once they come into service.

“The delivery of the fleet within budget and to a challenging schedule has been a significant undertaking which has been expertly delivered by the dedicated team at DE&S.”

Customisation work, including the installation of communications equipment and defensive systems, is sustaining hundreds of jobs in A&P Falmouth, while the wider Tide class programme is sustaining further jobs at 26 other companies throughout the UK.

“Tideforce’s arrival completes our new tanker fleet, ensuring our warships can continue their essential work across the globe. Hundreds of Cornwall workers will now install state-of-the-art systems before she joins her sister ships on operations next year.

“Providing everything from a floating helipad, to a refuelling vessel for our brand-new aircraft carriers, we are delivering the equipment our Armed Forces need to combat illegal trade, safeguard our waters and promote peace throughout the world.”

RFA Tidespring is already in service, with RFA Tiderace due to join her in September, while RFA Tidesurge has now completed her customisation programme and is about to embark on Capability Assessment Trials.

“The arrival of RFA Tideforce, the fourth ship of the class, into the UK is a significant and tangible milestone towards reaching full operating capability.

“These four new versatile state-of-the-art Tide class ships will enable the RFA to continue to provide first class global support to a first class Royal Navy for the foreseeable future”.

Work to customise Tideforce is expected to take several months, with the ship then due to enter service in 2019. 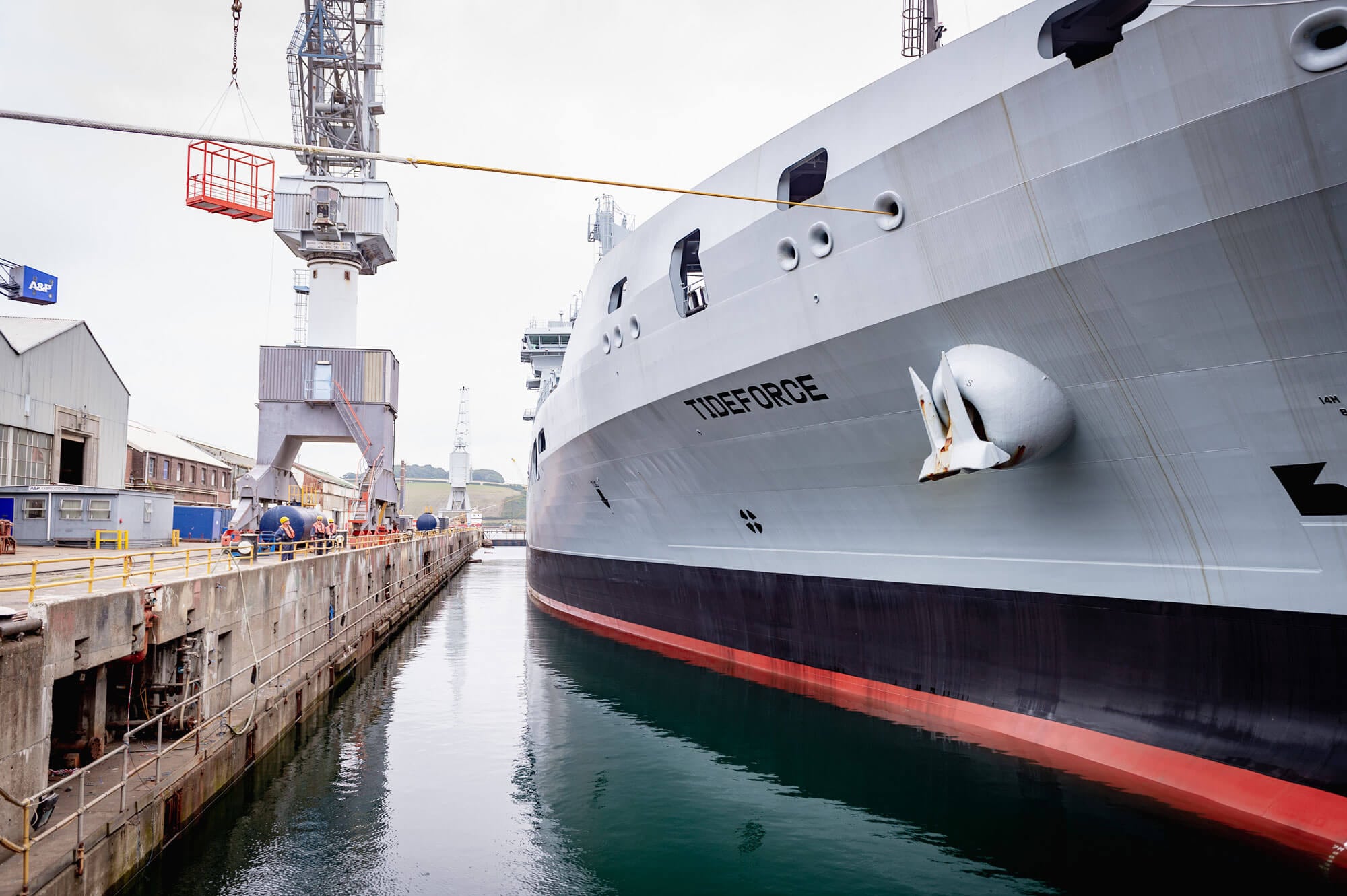 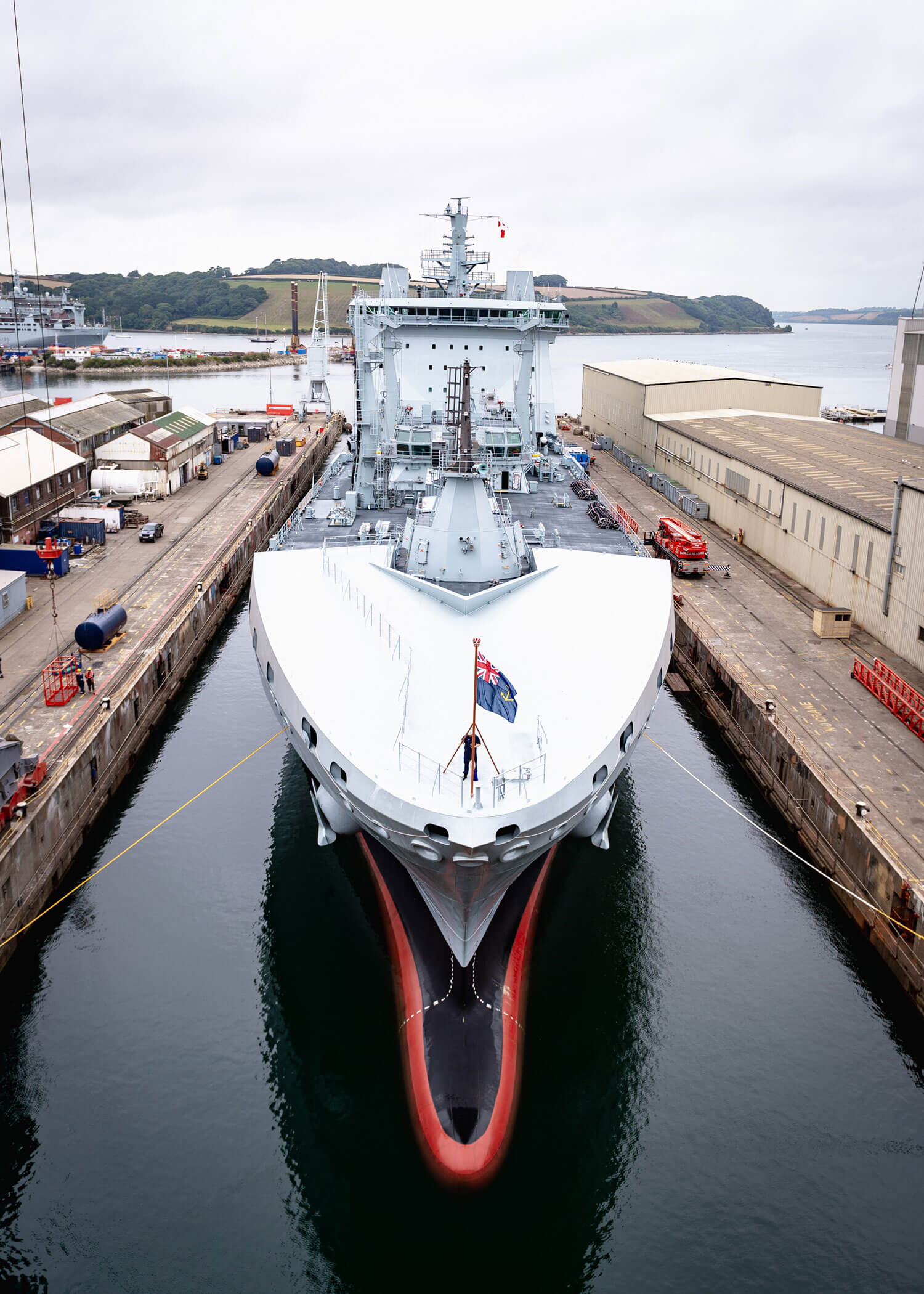 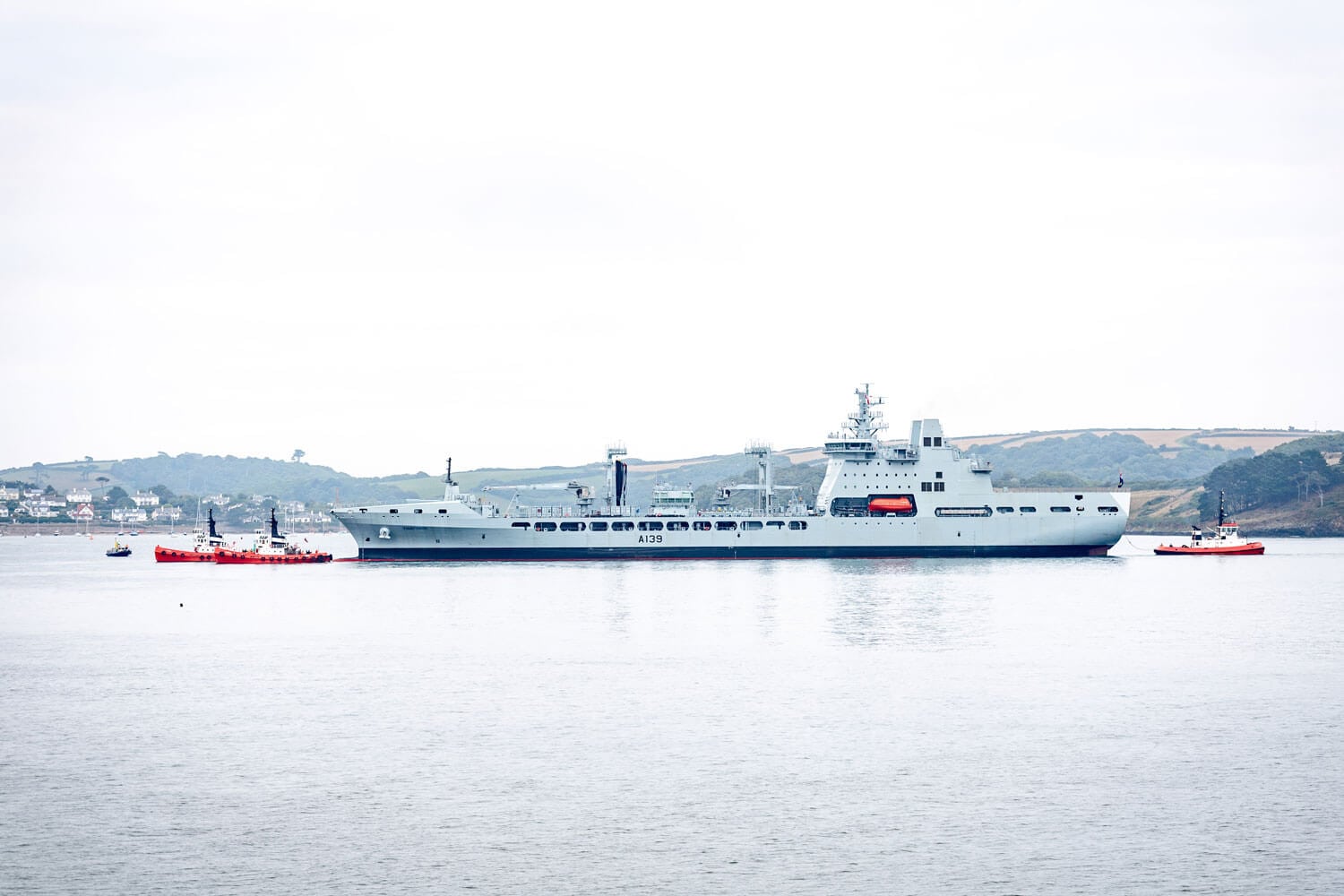 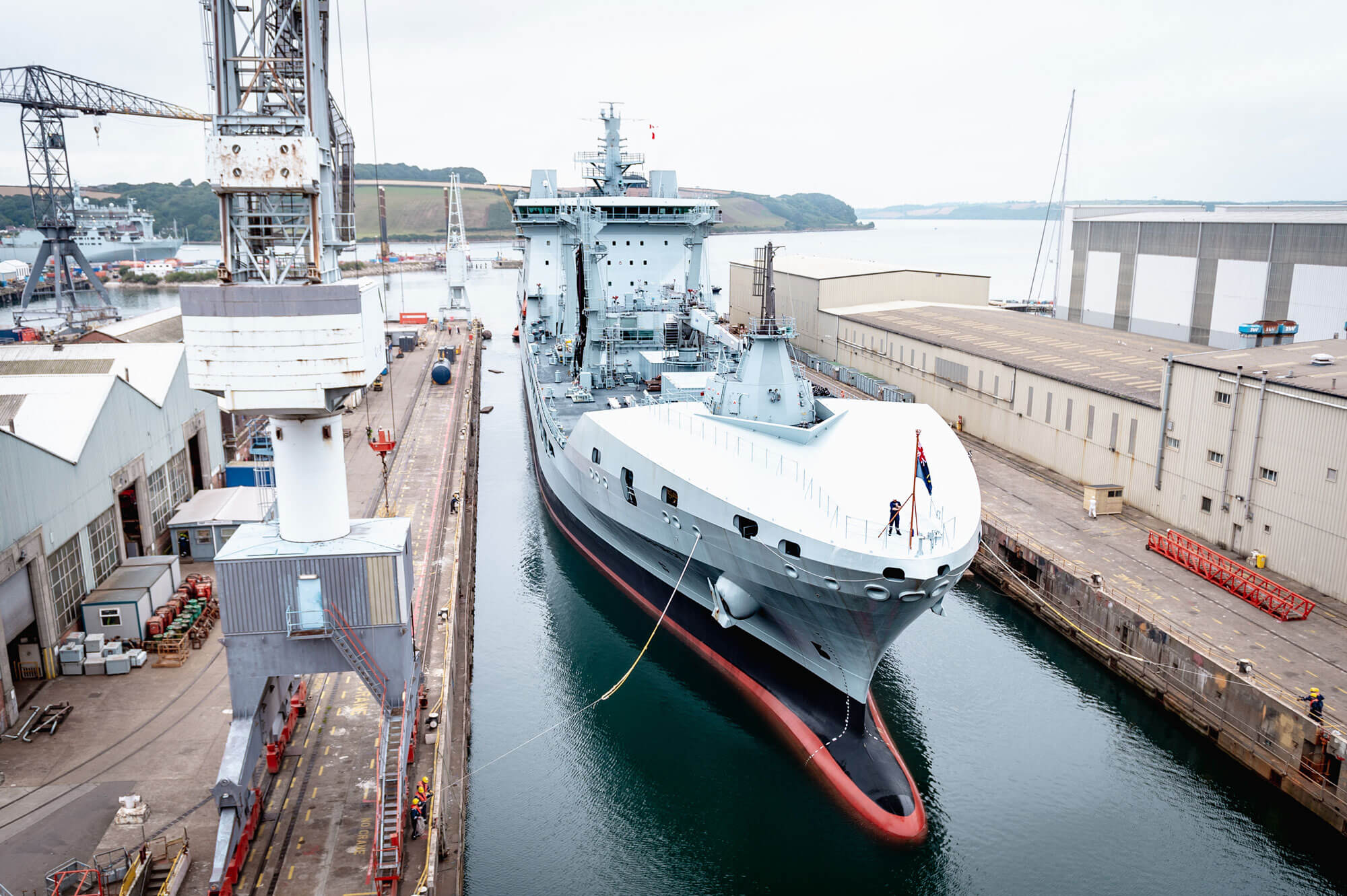