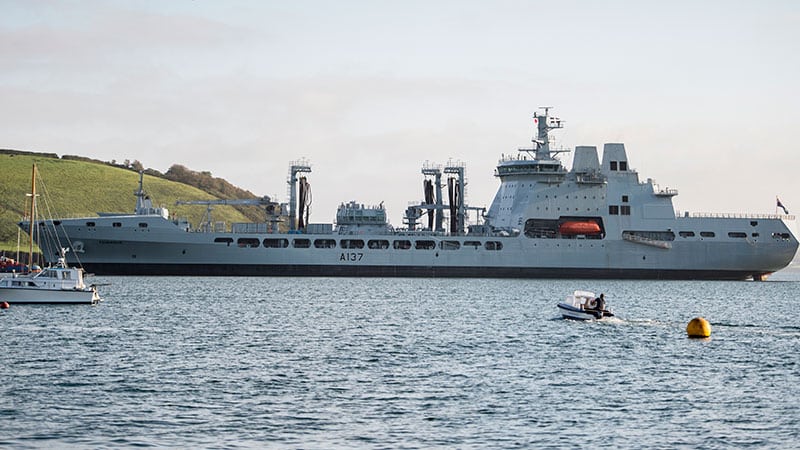 The second of the Royal Fleet Auxiliary’s new Tide-class support ships, RFA Tiderace, has arrived in Cornwall to begin a programme of customisation that will support 300 UK jobs.

Like her sister ship RFA Tidespring, which arrived in April this year, the 39,000-tonne RFA Tiderace can carry up to 19,000 cubic metres of fuel and 1,400 cubic metres of fresh water in support of Royal Navy operations all over the world.

She has been designed to support the new Queen Elizabeth Class Aircraft Carriers, the first of which, HMS Queen Elizabeth, arrived in Portsmouth last month.

This year of the Royal Navy goes from strength to strength as we welcome yet another new ship into the UK’s growing fleet. It’s great to see RFA Tiderace join her sister ship RFA Tidespring in the UK today, and I would like to thank the Falmouth team for their important work.

The customisation work in Falmouth, which will install armour, self-defence weaponry and communications systems, will help to support 300 local jobs. The UK work content in the Tide Class programme as a whole, which is being delivered well within budget by the Ministry of Defence (MOD), is worth around £150 million, sustaining further jobs at 27 UK-based companies.

Like her sister ship, RFA Tiderace will perform a crucial role in supporting the Royal Navy’s global mission in defence of the UK and her interests.

I am proud to welcome Tiderace and her crew to Falmouth as part of the continued successful delivery of the Tide Class programme and look forward to welcoming the final two ships in the class over the coming months.

The Tide Class has a flight deck able to accommodate the large Chinook helicopter and offer significant improvements over previous RFA tankers such as double hulls and greater environmental protection measures.

Tiderace’s arrival comes at a time when the Royal Navy fleet is growing, as encouraged by the National Shipbuilding Strategy announced earlier this month. Setting out to expand the fleet by the 2030s and generate regional prosperity for shipyards across the UK, the Strategy is ambitious in its approach. 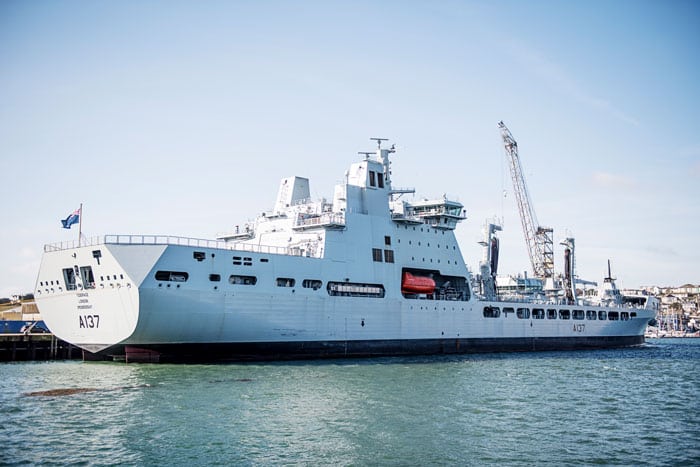 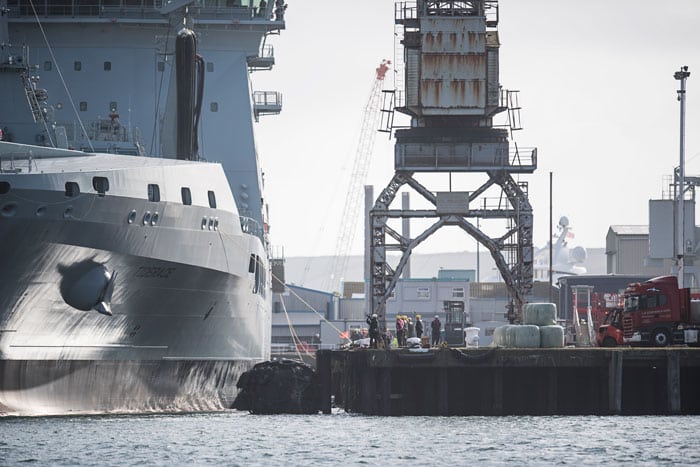 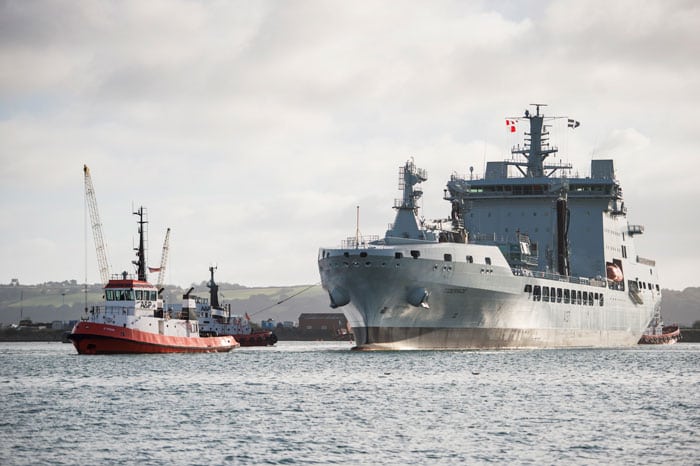 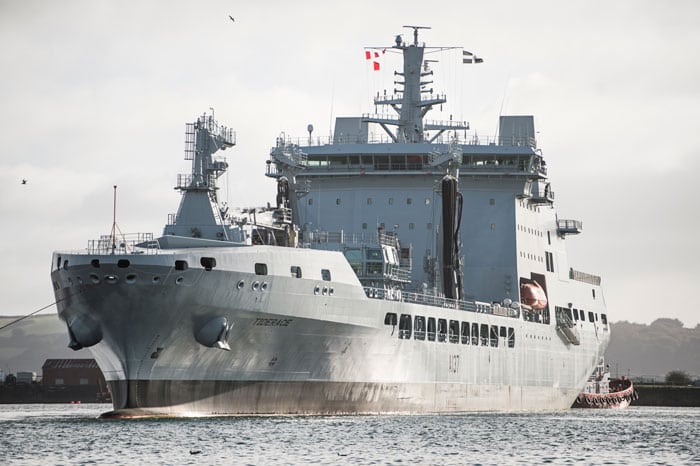 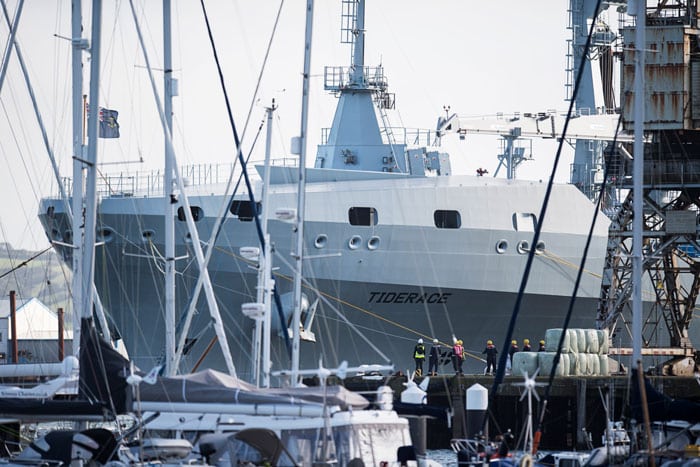