Ambitious future for Naval Shipbuilding in the UK 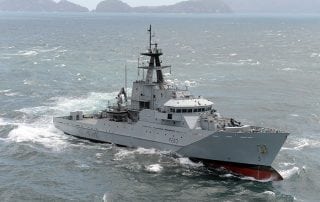 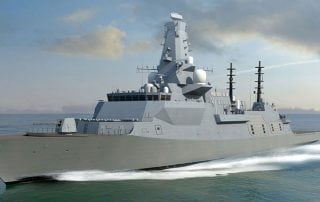 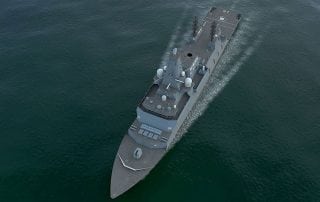 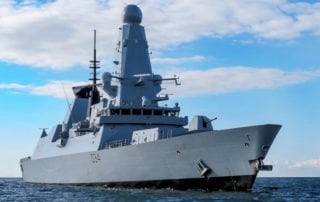 Today’s Strategy sees the Government accept Sir John’s recommendations and step up to what he called a prospective ‘renaissance’ in British shipbuilding. Building on the Government’s industrial strategy, it outlines an ambition to transform the procurement of naval ships, make the UK’s maritime industry more competitive, grow the Royal Navy fleet by the 2030s, export British ships overseas, and boost innovation, skills, jobs, and productivity across the UK.

It announces the government’s plan to procure new Type 31e General Purpose Frigates. A price cap has been set of no more than £250M each for the first batch of five frigates. In line with standing UK policy on warships they will be built in the UK. They could be built in a way which could see them shared between yards and assembled at a central hub. The first ships are set to be in service by 2023. Shipyards will be encouraged to work with global partners to ensure the vessel is competitive on the export market.

This new approach will lead to more cutting-edge ships for the growing Royal Navy that will be designed to maximise exports and be attractive to navies around the world.

Backed up by a commitment to spend billions on new ships, our plan will help boost jobs, skills, and growth in shipyards and the supply chain across the UK.

The Strategy sets out the government’s commitment to work with industry to reinvigorate and maximise export success. The Type 31e will be designed to meet the needs of the Royal Navy and with the export market in mind from the beginning. This could see industry’s customer become not only the Royal Navy but for the navies of Britain’s allies and partners.

The MOD is committed to new ships for the Royal Navy through its rising budget and £178bn equipment plan. In July, at BAE’s Govan shipyard, the Defence Secretary cut steel for the first of eight Type 26 frigates, HMS Glasgow. The £3.7 billion contract for the first three, the largest for naval ships this decade, will secure hundreds of high skilled jobs on the Clyde until 2035 and hundreds more in the supply chain across the UK.

I am very impressed by the courage that the Secretary of State has shown – and the Government – in adopting my recommendations, which were very extensive, and will change the shape of naval shipbuilding over the country in the future.

The next challenge is to come up with a world-leading design; one that can satisfy the needs of the Royal Navy and the export market. We have the capability to do that, the will is there and it is a tremendous opportunity for UK shipbuilding. I see no reason why industry will not rise to that challenge. There is an incredible keenness from around the country, from Scotland to Merseyside, to the South West and over to Belfast.

The option to build the Type 31e frigates in blocks reflects how the biggest ship ever built for the Royal Navy, the 65,000-tonne HMS Queen Elizabeth, was constructed. The aircraft carrier was built in blocks by over 10,000 people in six main British cities. She was then assembled in Rosyth, before commencing sea trials in June and arriving in her home port of Portsmouth last month.

Her sister ship HMS Prince of Wales, built in the same way, is also now structurally complete and will be officially named in a ceremony on 8 September. This method has also been tried and tested on the UK’s new polar research ship, RRS Sir David Attenborough, with shipyards across the country collaborating in the block build.

The Strategy is an important part of the government’s broader industrial strategy that focuses on increasing economic growth across the country and investing in a more skilled workforce.

The Government will work together with industry to provide the certainty and support the need to become internationally competitive. Such a move will not only boost the British economy and jobs, but it will also help to create a more stable and well-protected world.