A Voyager aircraft has set two new records for non-stop flights between the UK (RAF Brize Norton) and the Falkland Islands.  The outbound flight was completed in a time of 15 hours 9 minutes, which betters the previous record of 15 hours 45 minutes set by 10 Squadron in a VC10 in 1987, while the return flight to the UK took only 13 hours 22 minutes, beating a second record by 1 hour 36 minutes.

These proving flights confirmed the capability of the Voyager service to sustain the South Atlantic Air Bridge (SAA) to the Falklands without having to land for refuelling.  The outbound record was set when a civil registered Voyager aircraft departed RAF Brize Norton on 2nd June, travelling 6,946 nautical miles before arriving at RAF Mount Pleasant Airfield on 3rd June.  The aircraft set off to return the following day and arrived back on 5th June.

“They are a great example of DE&S working innovatively with AirTanker to provide flexibility for Defence in how we sustain this essential air transport service.”

The flights were operated by AirTanker, which has been delivering the twice-weekly South Atlantic Airbridge service since 2013 under a Voyager Private Finance Initiative contract managed by the MOD’s Defence, Equipment and Support (DE&S).

Lyndon Hoyle, Voyager Team Leader, DE&S, said: “The record-breaking non-stop flights are a splendid achievement for Defence, AirTanker and the Voyager service. It underlines the aircraft’s superb capability and provides a fallback option should a stop-over for refuelling between the UK and the Falkland Islands not be possible due to COIVD-19 restrictions. They are also a great example of DE&S working innovatively with AirTanker to provide flexibility for Defence in how we sustain this essential air transport service.”

The non-stop flights carrying passengers and freight were only possible thanks to a cost-effective installation of a Crew Rest Facility on the civil registered Voyager so that relief aircrew could travel on board the aircraft. 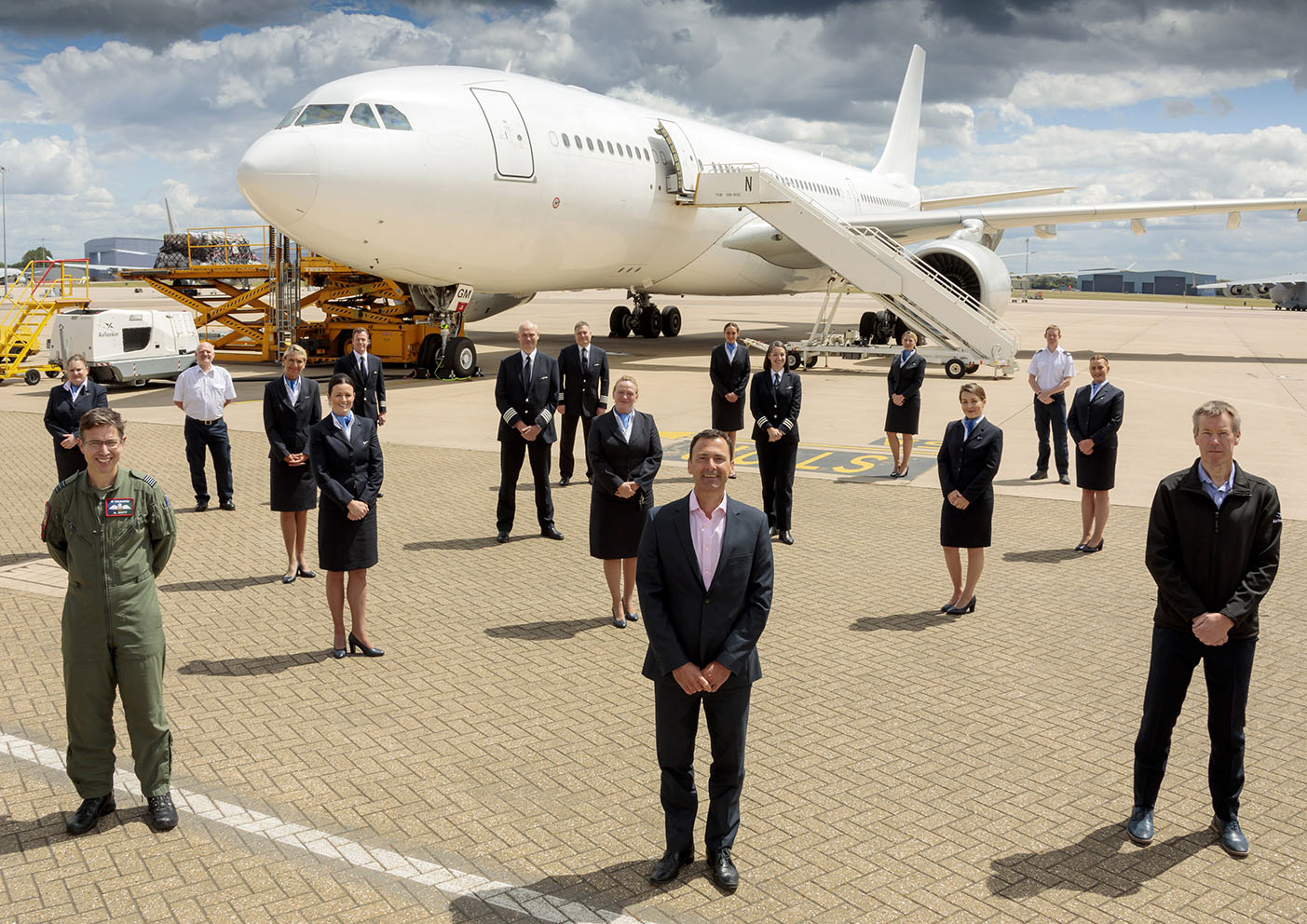 The vital link between the UK and Falkland Islands provided by the SAA will now revert to its normal schedule from the next flight, stopping at a location between the UK and the Islands to refuel and change crew. However, with the success of these proving flights, Defence now has the option of non-stop flights should the need for one ever arise.

Together with the Voyager DT and AirTanker, Defence Support Chain Operations and Movements (DSCOM) then planned and co-ordinated the flight ensured all necessary parties in the wider-Defence community were involved.

Brigadier Nigel Allison, DSCOM Head, said: “A lot of hard work and meticulous planning ensured these unique flights went smoothly.  They have demonstrated what a great capability Voyager is and it complements our other strategic air transport assets very well.  It is reassuring to know we can call upon its extended range in times of great need, particularly during the global COVID-19 pandemic.”