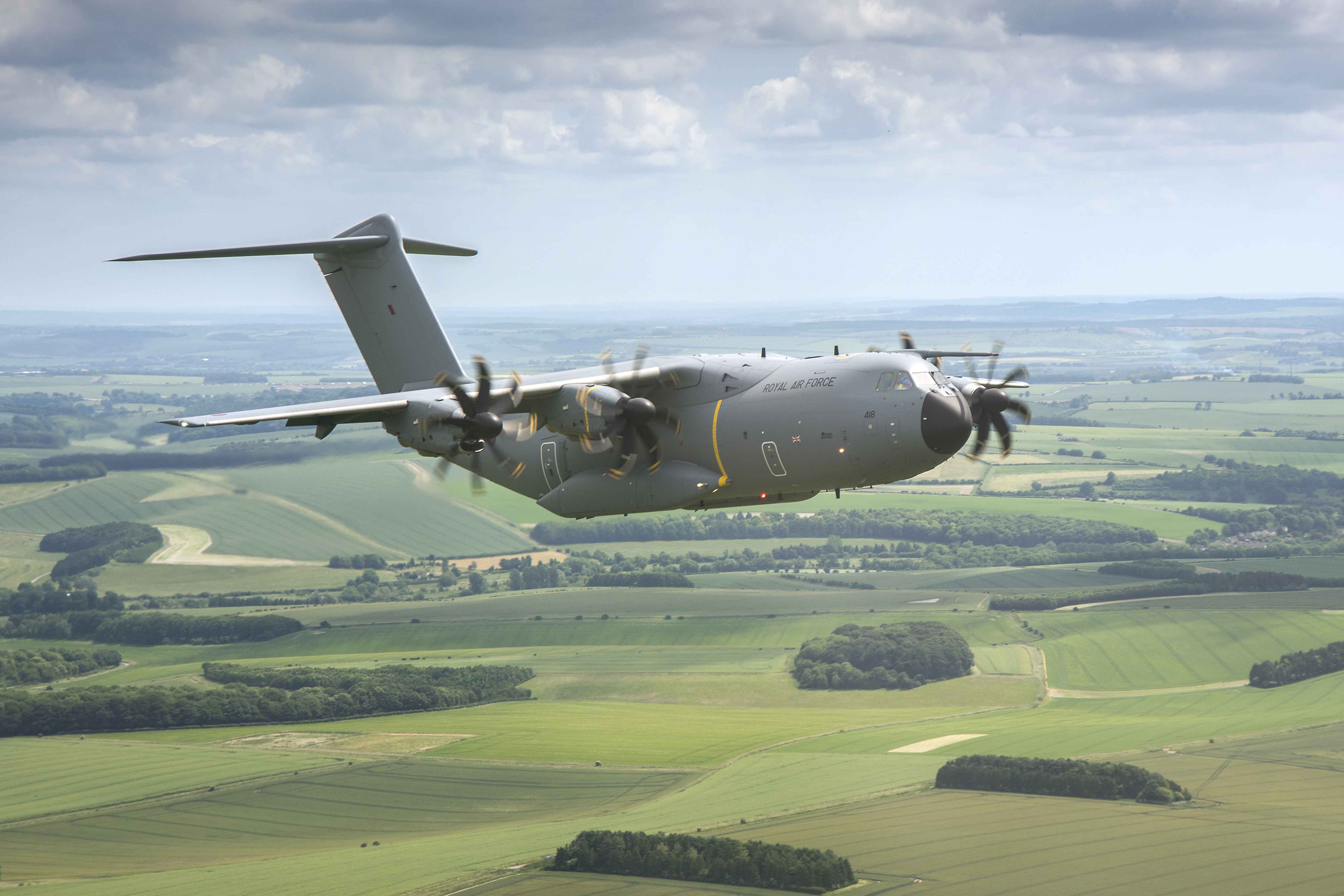 Secretary of State for Defence Gavin Williamson announced the arrival today at a gala dinner at the Royal International Air Tattoo. The aircraft was handed over to the RAF at Brize Norton, home of the UK’s Air Mobility Force. This coincided with crucial trials to test Atlas’s ability to deliver cargo by parachute and undergo air-to-air refuelling using a RAF Voyager aircraft.

Atlas, which contributed to hurricane relief in the Caribbean last autumn as part of Operation Ruman, is currently deployed on operations in the Middle East and replaced C-130 Hercules in the South Atlantic this spring.

“The DE&S Atlas delivery team, based at MOD Abbey Wood and Brize Norton, is proud to be delivering the Atlas aircraft for the RAF which means the UK has a world-leading tactical and strategic airlift capability. We will continue to work hand-in-hand with Airbus and trials personnel to ensure that this fleet of world-leading aircraft is fully delivered and qualified for UK operations.”

The newly-delivered aircraft has formally entered service with the RAF, ready to begin crew training ahead of operational deployment. The international Atlas programme, being delivered by Airbus, is supporting around 8,000 jobs in the UK. In total the UK has ordered 22 Atlas aircraft which are all expected to be delivered to the RAF by the early 2020s.

“From deploying troops to transporting armoured vehicles, the Atlas aircraft has played a global role in operations in the Middle East against Daesh and providing vital relief in the Caribbean. As we come closer to receiving the full fleet of aircraft, we can be proud of the role the Atlas has played in supporting the RAF lift-off into a new century of air power.”

The cargo delivery trial, carried out by a UK aircraft crewed by Air Warfare Centre and QinetiQ personnel, involved containers weighing around one tonne in weight being dropped in sequence over Salisbury Plain.

For the air-to-air refuelling trial, which took place near Seville in Spain, an Airbus-owned Atlas, operated by a joint crew including Airbus and UK personnel, received fuel from an RAF Voyager tanker aircraft over a wide range of altitudes and air speeds. The results from both trials are now being analysed with a view to delivering operational clearances.