Poseidon MRA Mk1 arrives at its new home in Scotland

The submarine-hunting fleet will be based at a state-of-the-art strategic facility.

All three of the RAF Poseidon MRA Mk1 fleet have arrived “home” for the first time.

On October 13, ZP802 ‘City of Elgin’ was the first of the submarine-hunting aircraft to land at RAF Lossiemouth in Scotland.

On October 14, ZP801 ‘Pride of Moray’ touched down on the resurfaced runway, with ZP803 ‘Terence Bulloch’ following less than two hours later as the third member of the fleet, having been flown directly from the US on its delivery flight.

The trio will be based in a £100-million strategic facility designed and built by Boeing Defence UK and local construction partner Robertson, and which was delivered by DE&S to the RAF at the end of September.

“Close and co-operative working with colleagues from Air Command, the US Navy and industry over the past five years has been key to us reaching this very significant stage in the programme.”

Nine Poseidon have been ordered from Boeing, the first of which – ‘Pride of Moray’ –landed on British soil at Kinloss Airfield in February. Since then, crews from CXX Squadron have been securing the seas around the UK on operational missions.

54 Squadron have also been training new pilots and weapons systems operators on the platform, as 400 additional military personnel will be joining Team Lossie in Moray to fly and operate the nine aircraft.

Poseidon has the capability to locate, identify and track potentially hostile submarines as they operate close to our waters. Its powerful radar is also able to detect and track surface vessels above the waves. 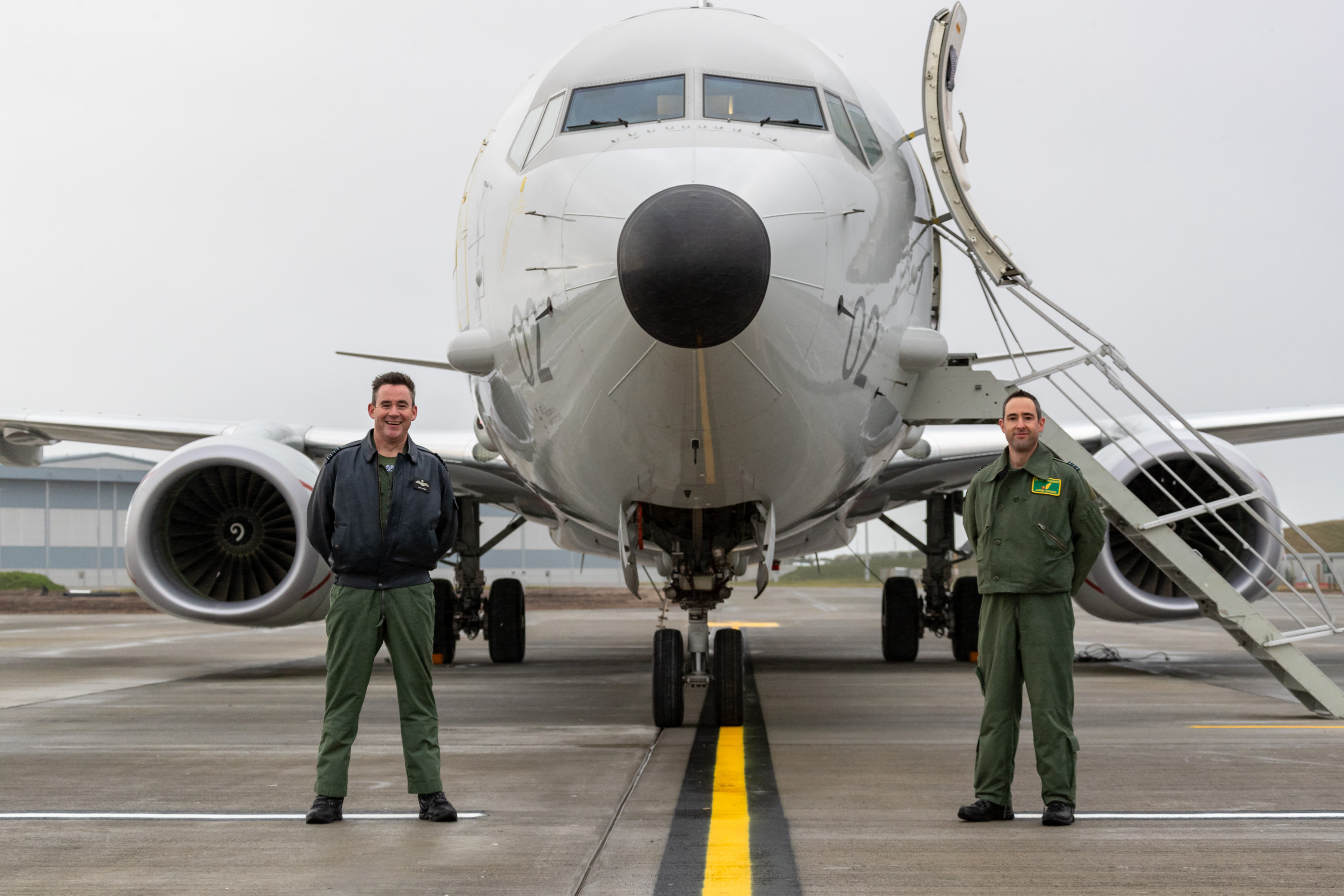 It boasts a comprehensive communications suite which means the intelligence it gathers can be passed to commanders whether they are in the air, on a ship, on the ground, or back at Lossiemouth.

The strategic facility took two years to build has a three-bay hangar and accommodation for two squadrons, training and mission support facilities including state-of-the art flight simulators, the first of which was delivered in August.

Station Commander of RAF Lossiemouth, Group Captain Chris Layden, said: “Today is a proud moment for Team Lossie, ushering in a new era for the station delivering combat air power and maritime patrol operations over and around the United Kingdom.

“Yesterday, I had the privilege of landing the first Typhoon on our newly resurfaced runways, and today I had the pleasure of welcoming in the first Poseidon to its permanent home in Moray.”

Before a £75-million runway and infrastructure upgrade was completed at Lossiemouth, the Poseidons were flying out of Kinloss.

The next two RAF Poseidons have been painted at Boeing’s Renton site in the US and are currently located at the P-8 Installation and Checkout facility in Tukwila, south of Seattle, where mission systems are installed, and further testing will take place before delivery.