Defence Equipment & Support (DE&S) is celebrating the talent of its workforce as part of National Apprenticeship Week (3-9 February, 2020).

The procurement arm of the Ministry of Defence (MOD) based at Abbey Wood, Bristol, currently employs more than 500 apprentices working towards a successful career across nine schemes.

And DE&S recruits hundreds of new faces every year from all backgrounds and experiences.

Jane Squire, DE&S’ Head of Entry Talent, said: “Whether you’ve just left school, realised university is not for you or are looking for a career change, an apprenticeship at DE&S could be a great gateway to a successful career.

“The 500-plus apprentices currently working for the business come from all walks of life. We’re an inclusive employer and we’re always looking for the best talent to develop their future here with DE&S.

“We’re immensely proud of our apprenticeship schemes. From engineering and finance to nurturing the next generation of corporate professionals, we have something for everyone.”

This week, we will be featuring a different apprentice every day to find out why and how they joined DE&S, and what their experience has been like so far.

“Whether you’ve just left school, realised university is not for you or are looking for a career change, an apprenticeship at DE&S could be a great gateway to a successful career” 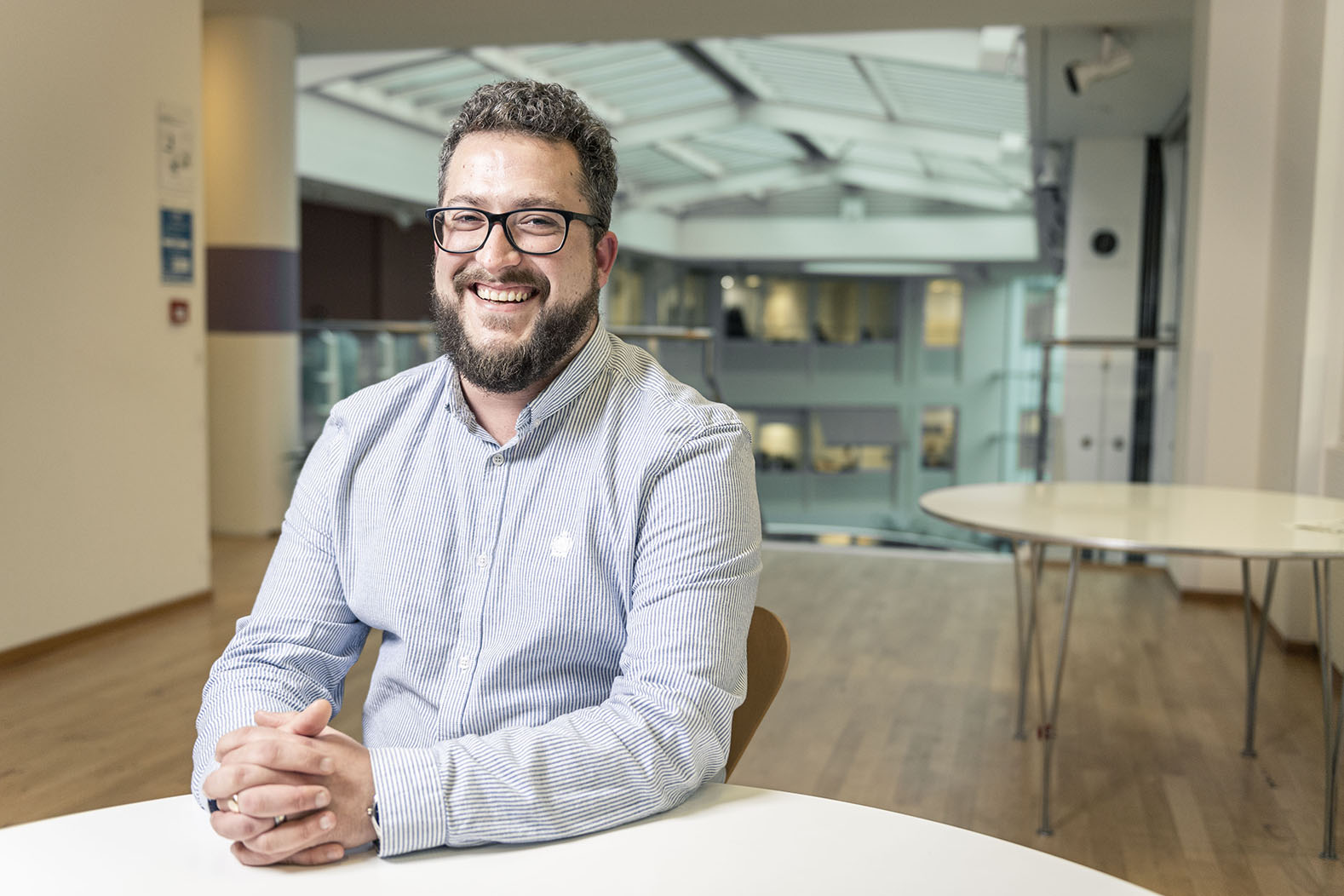 Dayne was unequivocal as he summed up what it’s like to be an apprentice at DE&S.

“This is the best employer I’ve ever had – there’s so much available to you here,” said the 31 year old.

“I was worried I might get forgotten and left out of all of the fun things, or the big, important things but every team I’ve been in they’ve really tried to involve us and give us meaningful work that interests us, keeps us moving along and maintains a drive to become better engineers.”

As someone with autism and attention deficit hyperactivity disorder, Dayne struggled at school in Bristol.

But since becoming an apprentice he has excelled in the academic department of the three-year advanced engineering and management course.

“I didn’t do as well as I really should have when I was in school,” he admitted.

“I was poorly managed, I didn’t do very well as I didn’t have the support, so I wanted to throw myself back into education and I’ve managed to do much better.

“That’s led to me receiving a letter of commendation from the assessment board at Bridgwater & Taunton College, where we study, which I’m really proud of as I’ve never really received any acclaim for high marks.”

Dayne previously worked in the NHS blood and transplant manufacturing facility in Filton, before working as a storekeeper in Team Leidos, which supports some of the MOD’s logistics. There, he received a recruitment email from DE&S.

He added: “I saw what was on offer – the qualifications, the job that hopefully comes out of it at the end if you pass all the courses, and I had nothing to lose really, so I decided why not just go for it. I’ve been here for nearly three years now”.

“I wasn’t being offered any additional training opportunities, so I ended up leaving and working for one of the contractors for the MOD, where I was given an MOD email account and received emails for recruitment.

“I saw what was on offer – the qualifications, the job that hopefully comes out of it at the end if you pass all the courses, and I had nothing to lose really so I decided why not, just go for it. I’ve been here for nearly three years now.”

Having worked on technical publications for the F-35 Lightning II fighter jet team, Dayne has recently joined the P8-A Poseidon team which handles the new maritime patrol aircraft that will serve the RAF.

“We spend six months in each post, so you really get a good feel of the business as a whole,” he added. “You get to see lots of different, interesting things and are set lots of different challenges.

“The tailored training that you get is excellent because you get multiple qualifications and hopefully the job at the end.

“You also get the chance to network and make contacts within the MOD and within industry, and you make some excellent friends through the other apprentices and the teams that you work in.

“You get so many opportunities to go away as well, I’ve been up to North Wales and I went to see the F-35 take off and land.”

With plenty of progression options available, Dayne intends to take up the DE&S option of studying for a degree alongside his job and take additional air safety and airworthiness training.