Defence Equipment & Support (DE&S) is celebrating the talent of its workforce as part of National Apprenticeship Week (3-9 February, 2020). Today hear from Peter McAfee.

Becoming an apprentice at Defence Equipment & Support was a family affair for Peter McAfee.

Having seen his son flourish after leaving school and becoming an engineer, the 57-year-old thought why not join up himself.

Having run a Post Office and shop with his wife in South Gloucestershire for two decades, Peter already had a grasp of numbers.

Now he is working towards accounting qualifications as a finance apprentice cost controller in the Ships domain at Abbey Wood.

Peter said: “My son Nick came in at 16 and it was wonderful for him. He now has his degree, no debts, he’s on the housing ladder and has been supported really well by the MOD and the peers he went in with.

“I just thought what a good scheme it was for my son and I thought: ‘this is something I can do’. I wanted to look at learning a little bit more and broaden my work experience, and it was ideal for me.

“The role has been interesting and challenging in the sense that you have to be very accurate. I enjoy the satisfaction of getting things done.

“We’re always learning. There are always things which come up that are so unusual and it’s good to be progressing and feeling that you’re really getting on top of the job.”

“I just thought what a good scheme it was for my son and I thought: ‘this is something I can do’. I wanted to look at learning a little bit more and broaden my work experience, and it was ideal for me”

Peter is open-minded about what he wants to do at the end of his apprenticeship. He could go on to study for Chartered Institute of Management Accountants or Association of Chartered Certified Accountants qualifications, for example.

“At the same time, I can hopefully build a career here at the MOD and progress through as far as I want,” the father of three added.

After so many years running a family business, coming to DE&S has been rather different but adapting has been one of the most enjoyable aspects of his career change.

Peter, who also once worked in politics, added: “Strangely enough, one of my proudest things is actually coming into a big working environment, which I’ve never actually been in before, coping with it and managing to settle into what is quite an alien environment, especially at the age of 55, as I was when I started here.”

He also appreciates the benefits of working for a government organisation.

“There’s the security and I know I’ll get the very best training and support,” Peter said. “The hours are fantastic. I used to work 70-odd hours a week and to work 37, have one day a week to study and be able to use the flexi-time system, is wonderful. 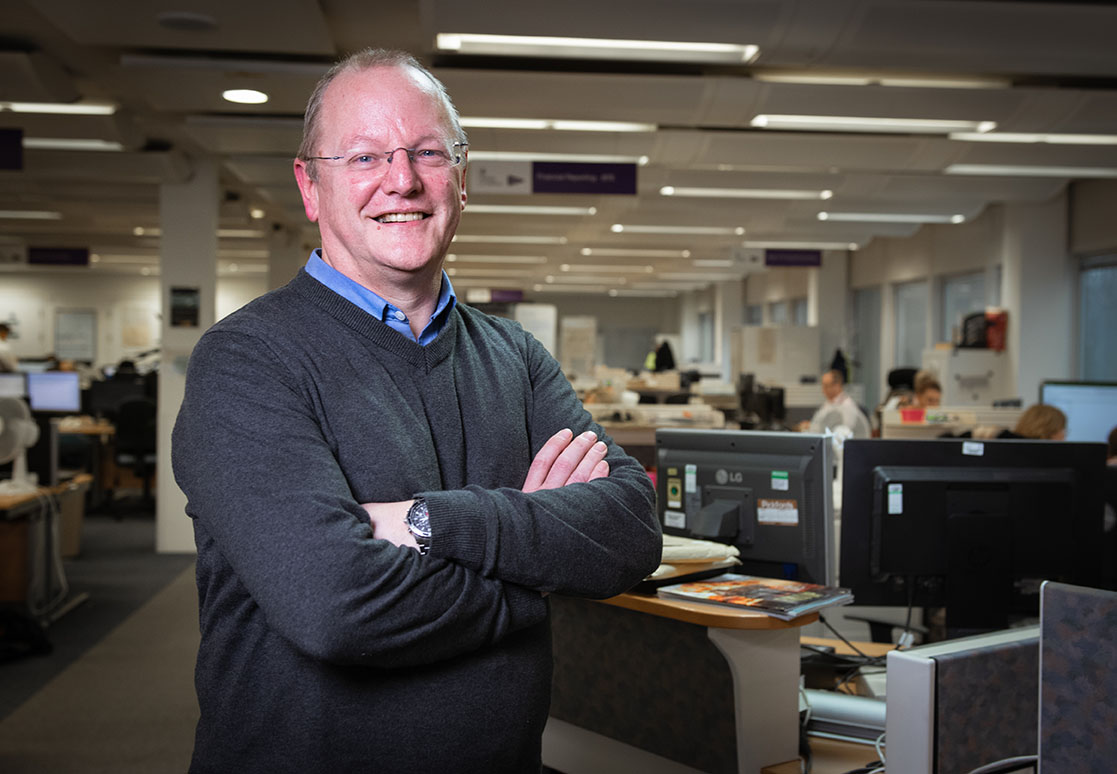