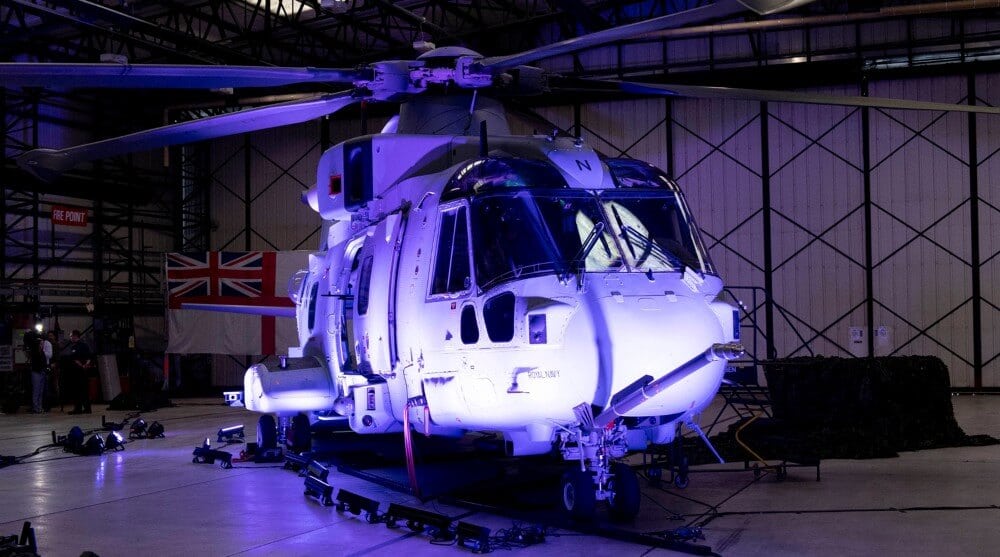 The first of a fleet of new Commando Merlin Mk4 helicopters, designed for Royal Marine aircraft carrier operations, has been delivered by DE&S.

The announcement was made at Royal Naval Air Station (RNAS) Yeovilton, where the helicopters will be based when not out on operations.

The helicopter has been upgraded to a faster and more powerful aircraft than its predecessor.

It now sports a maritime grey coat, has a folding main rotor and tail, upgraded flight controls and a tactical computer.

What will the Merlin Mk4 be used for?

The modifications are designed to ensure it can now operate from sea, and it will take off from ships including the UK’s new 65,000-tonne aircraft carrier, HMS Queen Elizabeth.

A total of 25 Commando Merlin aircraft will be delivered to the air wing of the Royal Marines – the Commando Helicopter Force (CHF) – who will use them to deliver troops and supplies from sea to land.

“DE&S is proud to have delivered the first Merlin Mk4 to the Royal Navy. Today underscores that DE&S and their industrial partners are delivering.  And delivering more with less, thanks to our effective change programme and fantastic staff.

“We look forward to all 25 aircraft being fully operational by 2023.  DE&S will also ensure the Commando Merlin are supported with a full training and support solution, so they are always available to be deployed across the globe.”

The Commando Merlin Mk4 aircraft, an upgrade from the Merlin Mk3 standard, are being delivered through a £388 million contract between Defence Equipment and Support (DE&S) and Leonardo Helicopters, supporting 175 skilled jobs at Leonardo in Yeovil, and a further 500 across the UK supply chain.

Defence spending in the region also supported one in every 60 jobs there – the highest proportion of jobs support by MOD expenditure in the UK, totalling 33,500 jobs.

“This new version of the Merlin will provide an essential bridge between sea and land for our Marines operating from ships, including our brand-new aircraft carriers. This fleet will deliver troops and supplies to the centre of the action, be that a conflict zone or the site of a humanitarian disaster, as well as providing search and rescue cover. Flown from the Yeovil factory to now be homed here, this is another way defence is supporting the South West, where we spent over £5bn last year – more than any other region in the UK.”

The delivery will allow air crews to familiarise themselves with the Commando Merlin before they enter service, expected in the summer. They have been acquired to replace the veteran Sea Kings.

When not deployed on operations the helicopters will be based at RNAS Yeovilton, the home of CHF since the unit was formed in 1997.

CHF, known as the ‘Junglies’, have served in a commando support role in theatres of operations including Bosnia, Sierra Leone, Iraq and Afghanistan.

It’s the ability to fold the tail section – which has been completely rebuilt for the Mk4 – and the rotor heads which assist flying from Royal Navy carriers in particular.

“Commando Helicopter Force provides aerial support to the Royal Marines, be they at sea, in an assault ship or in the sand and dust of Afghanistan.

“My air crews will soon begin training to fly the Commando Merlin from the Queen Elizabeth Class carriers, marking the start of a new era of Commando support operations.”

The news was trailed by Defence Secretary Gavin Williamson earlier today, at the RUSI Sea Power Conference in London. Whilst there, he also announced that all Type 23 frigates will be fitted with the Sea Ceptor air defence system – starting with HMS Argyll as she is deployed to the Asia-Pacific to visit ports across the region. 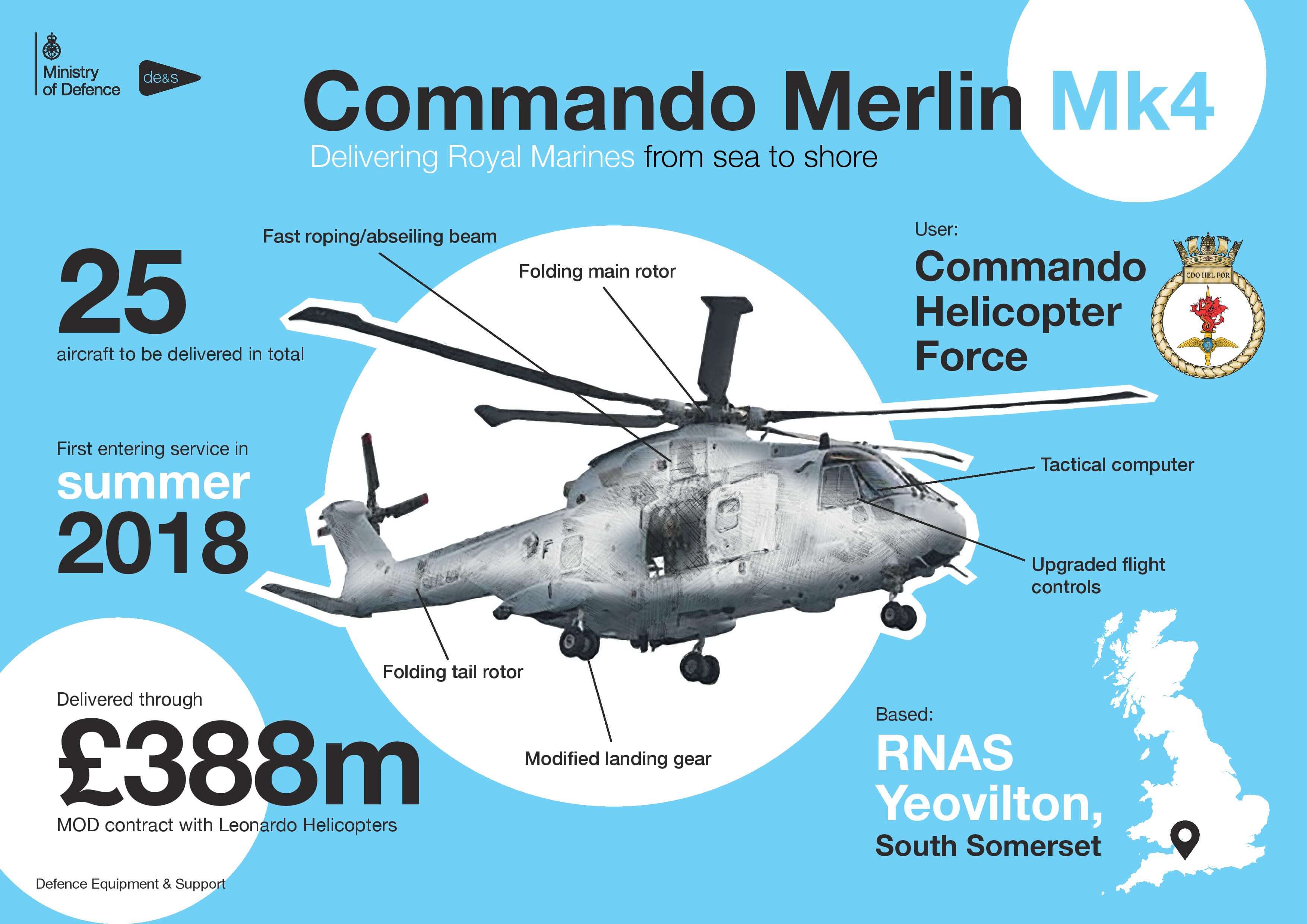 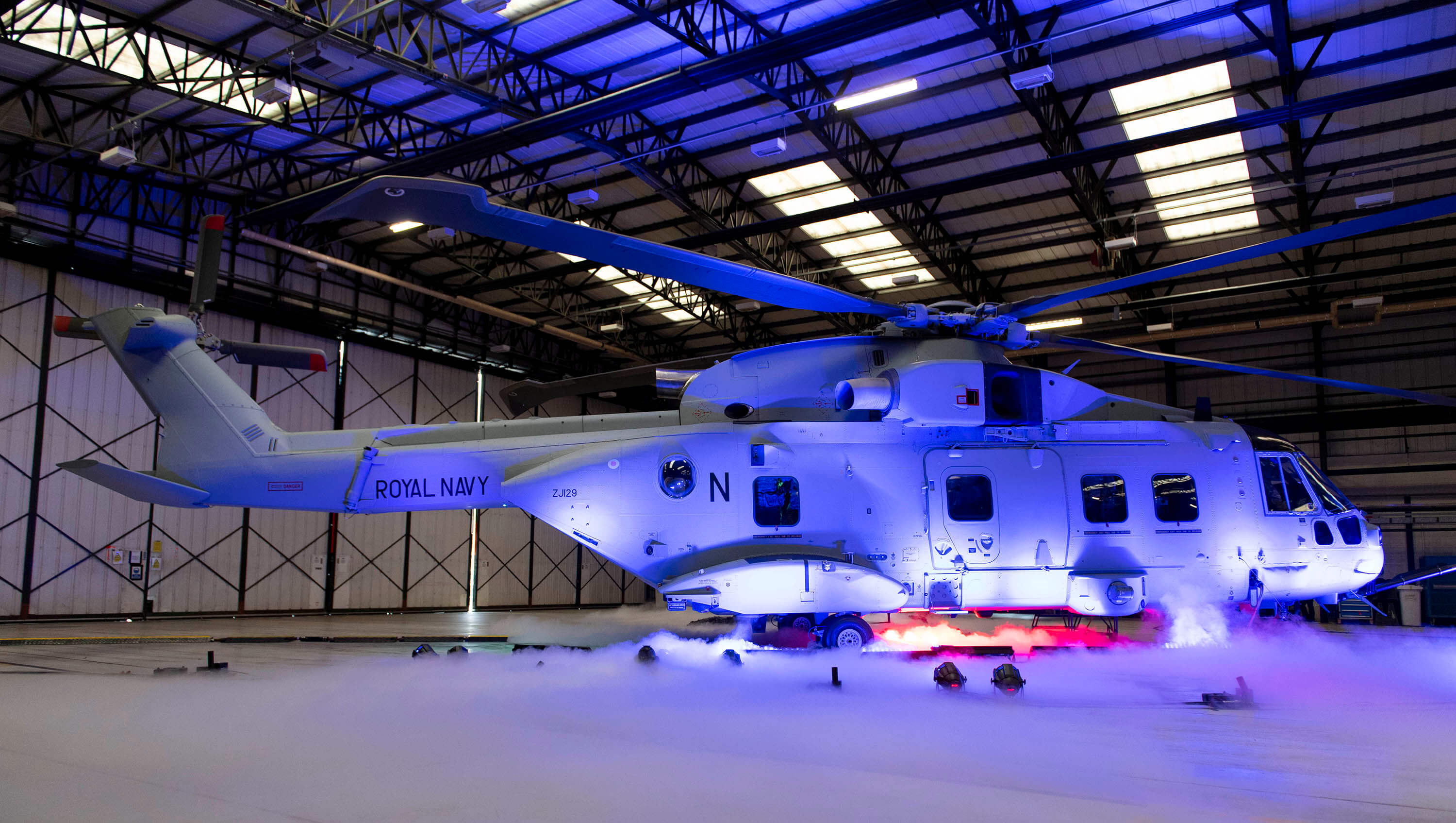 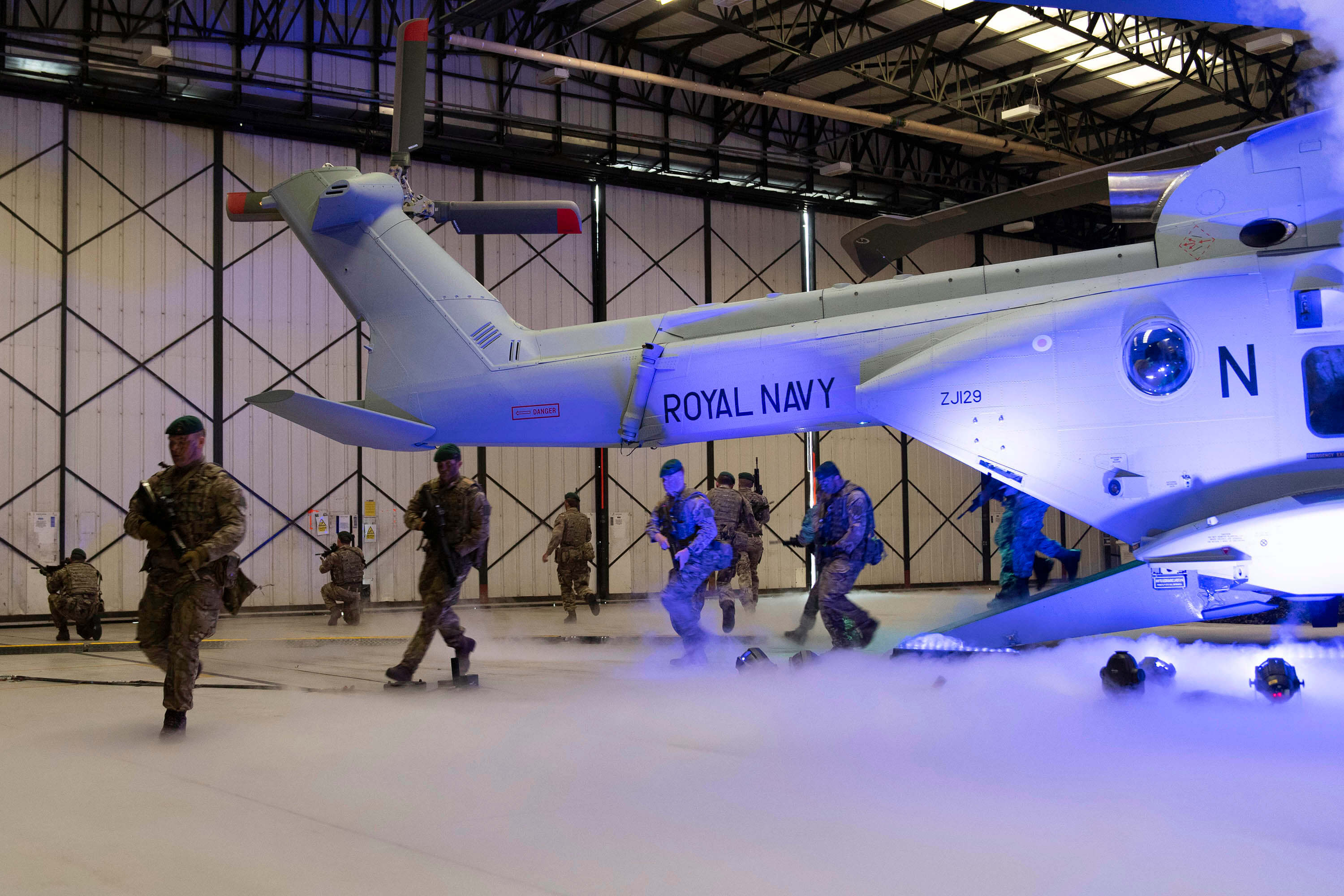 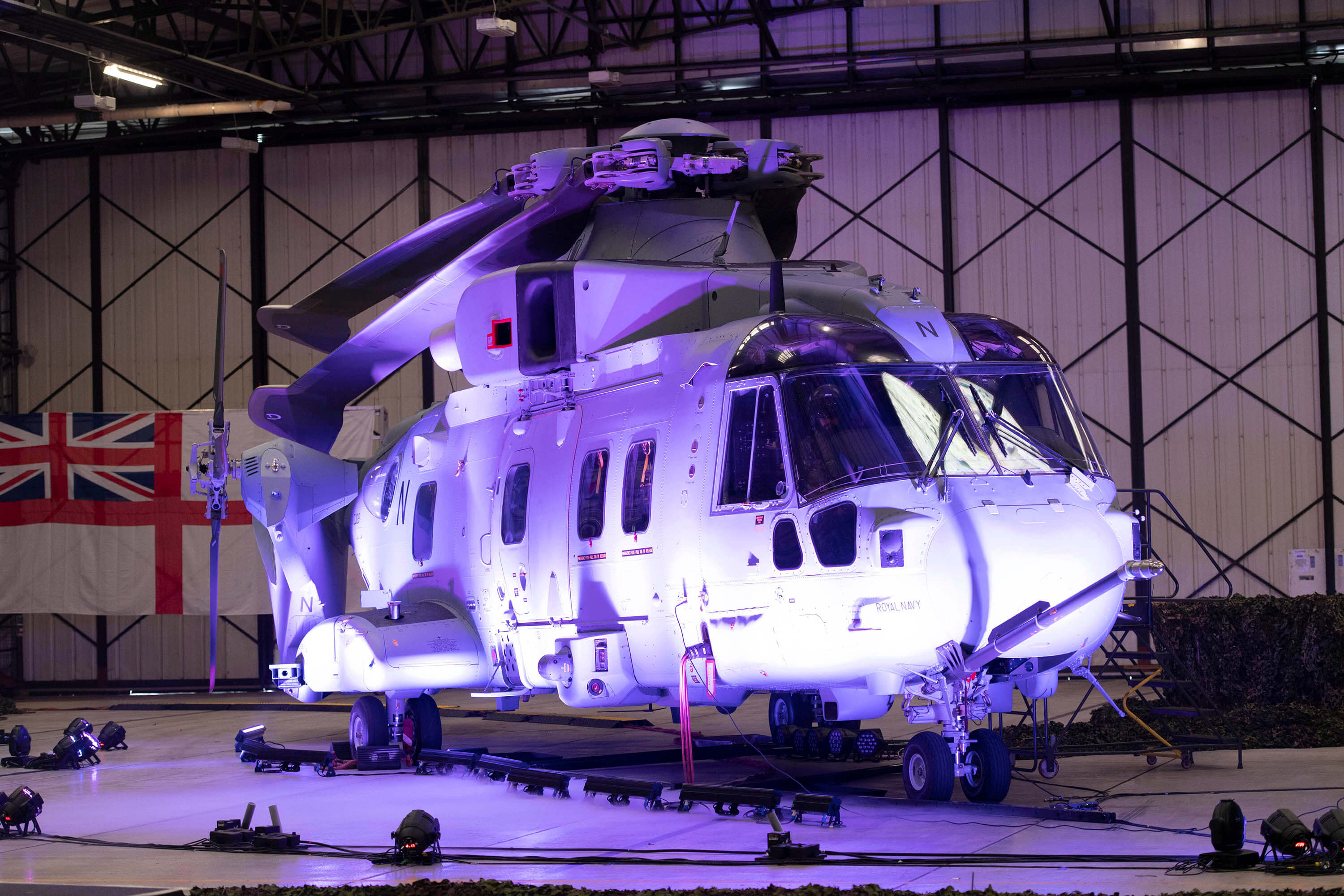 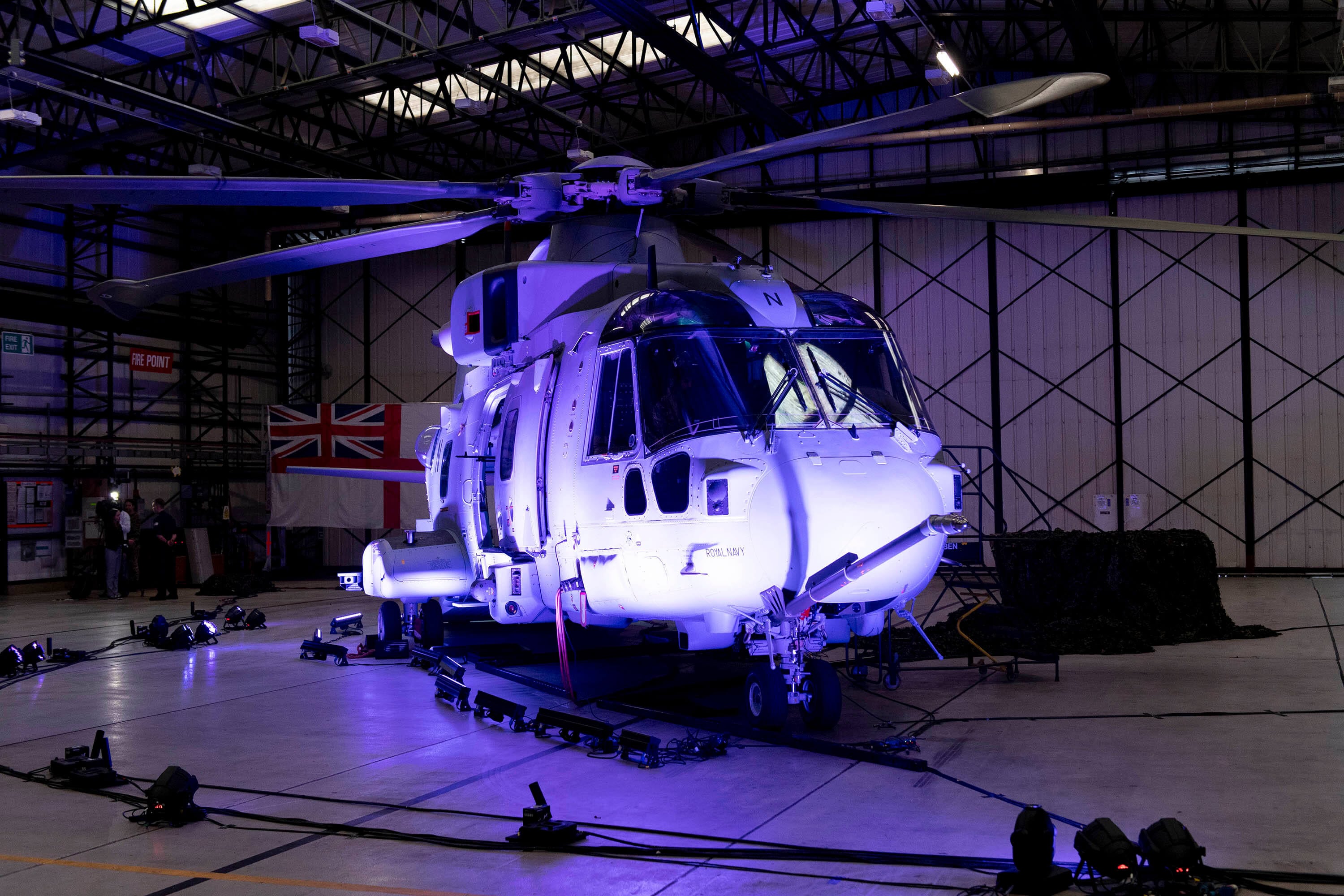 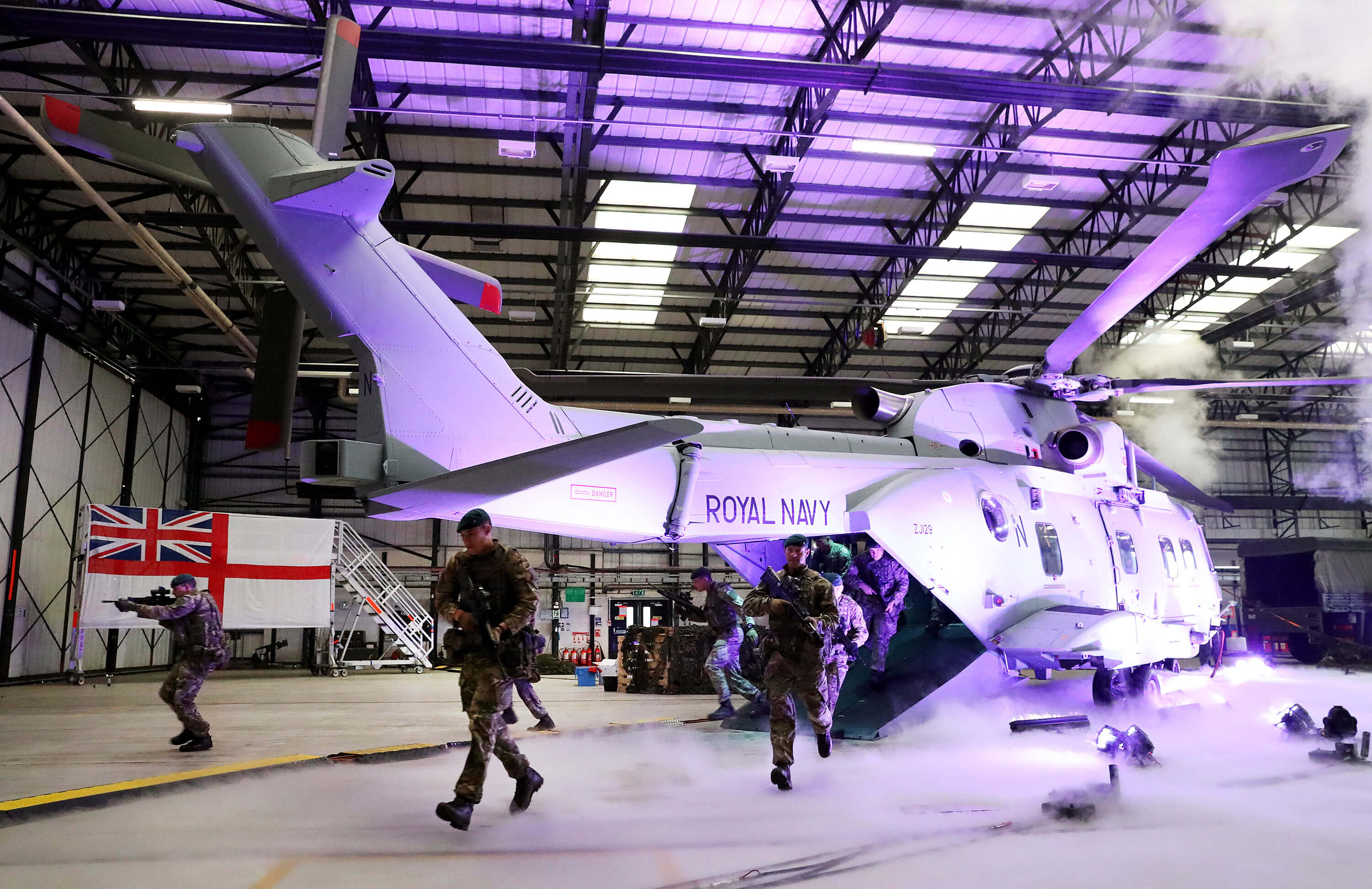 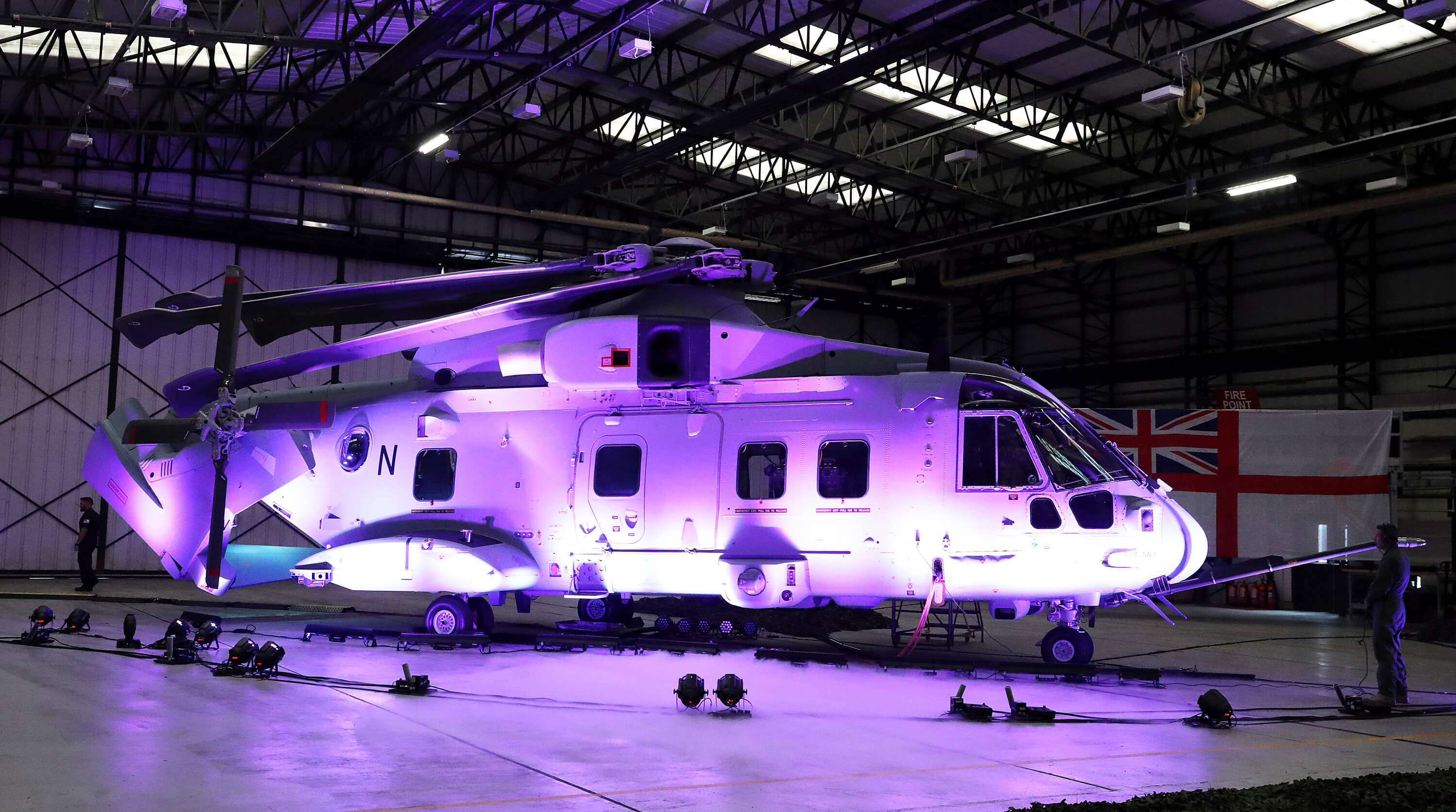 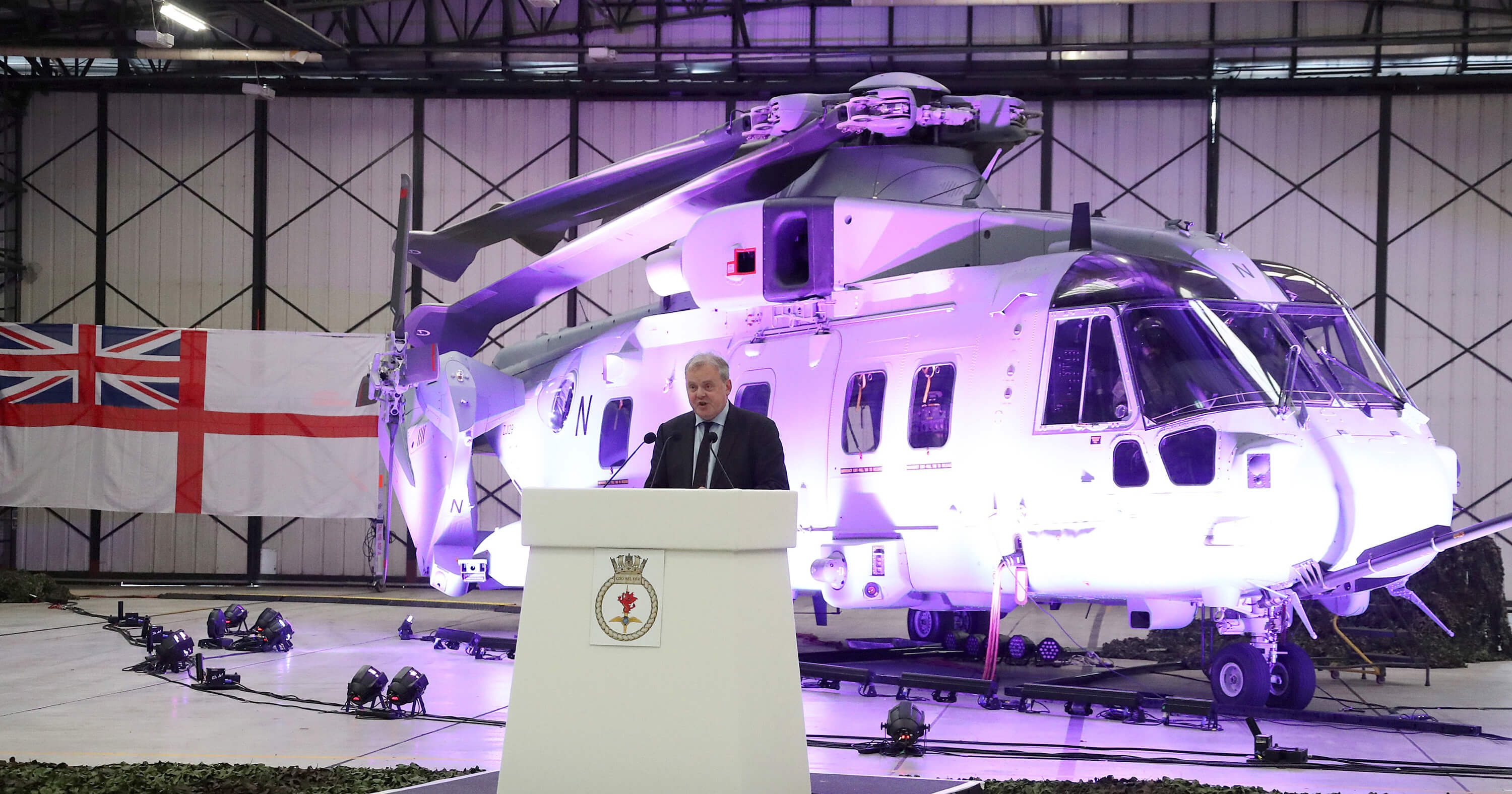