Phoebe Loveridge was recognised for her outstanding engineering and technical understanding and her work as a role model to young women looking to get into engineering.

A DE&S apprentice has been named the Institute of Engineering and Technology (IET) Apprentice of the Year 2018.

Phoebe Loveridge, who recently took up a full-time position at HMNB Devonport for the Submarine Delivery Agency (SDA), was recognised for her outstanding engineering and technical understanding and her work as a role model to young women looking to get into engineering.

“When the host opened the envelope I was ready to start clapping for the winner, but then I heard my name. I was so surprised and shocked to have won, it still doesn’t feel real.

“This award means so much to me. I feel proud to represent Women in Engineering and show the opportunities and work that gets undertaken down in the South west at HMNB Devonport.” 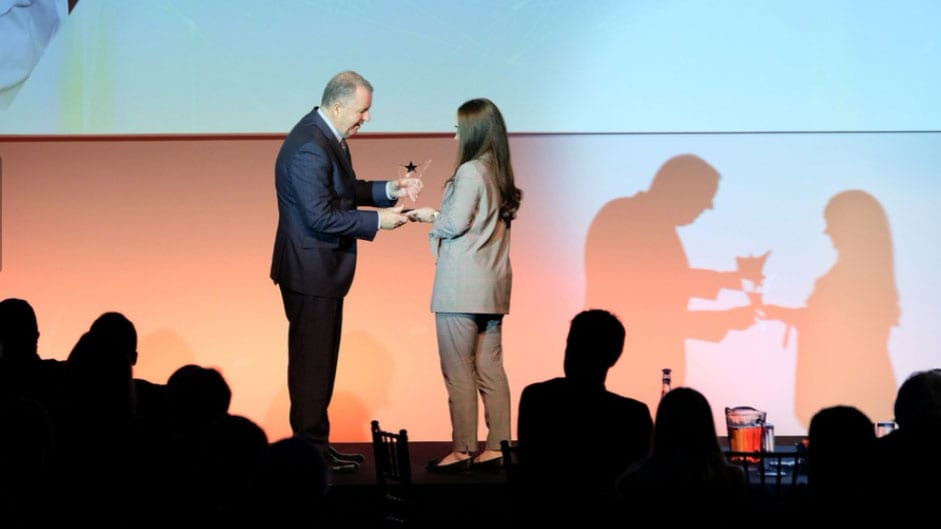 Phoebe receives her award at the ceremony in London.

The IET said that during her apprenticeship, Phoebe stood out from her peers, always ready to volunteer for STEM events in local schools and working with children during a six week STEM event to encourage women in engineering within the local area.

“Part of what I have enjoyed most about the apprenticeship is contributing to STEM events and encouraging more girls to take up STEM subjects,” Phoebe said.

“I want to continue to act as a role model for females in Engineering and encourage young individuals to start their careers through apprenticeships.”

During her apprenticeship, Phoebe volunteered to undertake a placement in one of the MOD’s industry partners, as a constructive trainee.

This allowed her to gain a unique insight into how the relationship between the customer, the contractor and MOD worked to benefit of the tax payer, as well as gaining experience to enhance her role as an engineering surveyor.

In her final year, Phoebe was selected to fill a vacant surveyor’s role. Not only did Phoebe excel in this role, she completed her apprenticeship five months early, with offers for all four roles she had applied for. 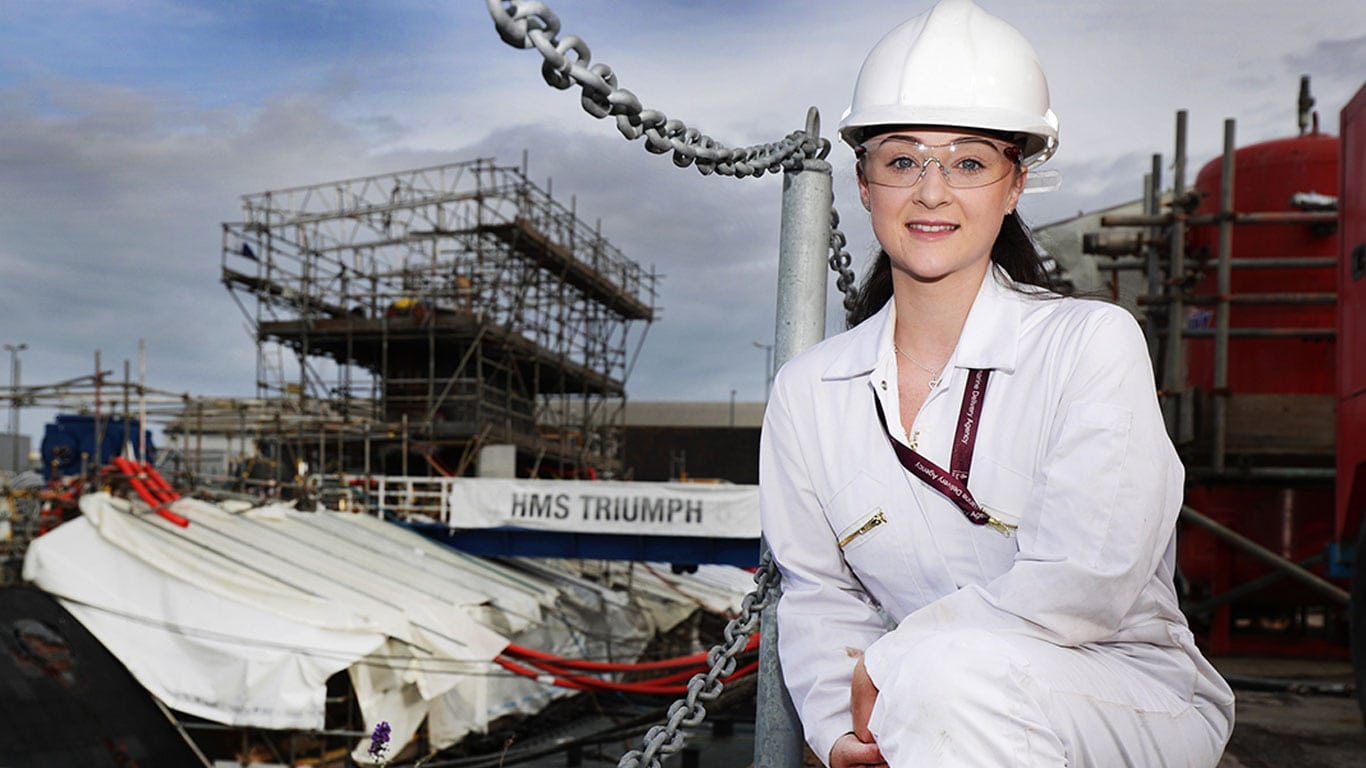 Phoebe now walks away with a trophy, certificate, £1,000 and two years’ free membership of the IET, alongside the prestigious title IET Apprentice of the Year 2018.

“The DE&S engineering apprenticeship has allowed me to really progress my career and it means a lot to me that I have been selected for the IET Apprentice of the Year 2018 Award.

“I’m very grateful for being nominated by my Engineering Trainee Development Manager and giving me the opportunity to represent the Submarine Delivery Agency at this prestigious event.”

The Institution of Engineering and Technology (IET) Apprentice and Technician Awards scheme aims to raise the profile of the good work that apprentices and technicians contribute to engineering businesses.

“This is a fantastic achievement and Phoebe should be very proud to win this award against strong competition in her category.

“The standard of this year’s entries made the judging extremely difficult. All the IET Apprentice Award finalists demonstrated skills and knowledge through their work that went far beyond their roles.

“As a former apprentice myself it is a fantastic grounding for a career.  They have taken on challenging tasks and through innovation and determination to succeed have brought real benefits to their companies.”