Fleet Solid Support ships will be built with British involvement

A competition to build three vessels for the Royal Navy will be launched in 2021.

A competition to build three Fleet Solid Support vessels – which will be launched by DE&S in Spring 2021 – will help revitalise British shipbuilding by requiring a significant proportion of the build and assembly work to be carried out in the UK.

International companies will be invited to work in collaboration with UK firms to feed in their skills and expertise, but the successful manufacturing team must be led by a British company. This will have a huge impact on the local economies across the UK where shipbuilding is a prominent feature.

Hundreds of highly-skilled jobs will be created as a direct result of the announcement, with many more in small and medium-sized enterprises throughout the supply chain for the new builds to follow over the next few years.

The Defence Secretary confirmed the news ahead of his speech at the Atlantic Future Forum on October 21, where UK and US leaders gathered on HMS Queen Elizabeth docked in Portsmouth to discuss co-operation across trade, defence and security.

The speech will outline the UK’s commitment to shipbuilding and pledge further burden-sharing with the US and NATO, thanks to the cutting-edge capability of the Queen Elizabeth-class carriers.

“Shipbuilding has historically been a British success story, and I am determined to revitalise this amazing industry as part of this Government’s commitment to build back better.”

Mr Wallace added: “The Fleet Solid Support warships competition will be the genesis of a great UK shipbuilding industry, and allow us to develop the skills and expertise for the shipyards of tomorrow.”

The Fleet Solid Support ship competition will build on the success of the Type 31 programme, which is being overseen by DE&S and will be built primarily in Scotland. That frigate build is expected to support 1,250 highly-skilled jobs and 150 apprenticeships across the country.

The warships will incorporate next-generation technology with a purpose-built design and will eventually support HMS Queen Elizabeth and Prince of Wales as part of the Carrier Strike Group, which will undertake its first operational deployment next year.

SofS’s announcement follows a period of market engagement and a clearer understanding of how the strike group will operate and will allow the MOD to consider a broader range of ship designs. 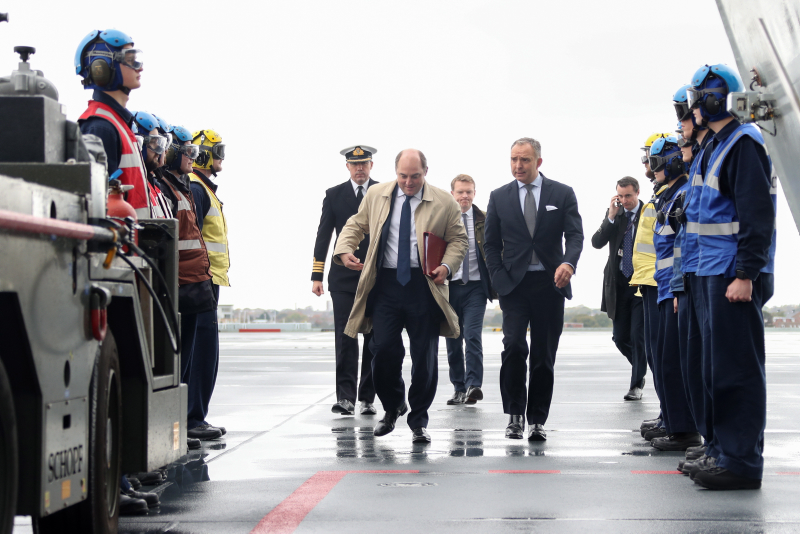 As well as setting out requirements for British involvement, the Fleet Solid Support ship competition will set targets to ensure industry delivers on time and at pace.

In his role as Shipbuilding Tsar, the Defence Secretary is actively reinvigorating UK shipbuilding by working with industry, other government departments, and international partners to boost productivity and competitiveness.

Just this week, the UK signed a Memorandum of Understanding with Australia to continue building and delivering the next generation of cutting-edge frigates together.

The Type 26 frigate programme consists of eight ships and will sustain 1,700 jobs in Scotland, and 4,000 jobs across the wider maritime supply chain until 2035.