The 40 new Ground Power Units (GPUs), powered by the same battery packs used in Nissan Leaf electric cars, will power Typhoon aircraft on the ground at RAF Coningsby and RAF Lossiemouth as part of a £4 million contract with ITW GSE based in Denmark.

The bespoke units will replace the current diesel-powered generators and reduce harmful emissions by over 90% and running costs by 80% resulting in £13 million of savings across the Typhoon fleet over a 10-year period. 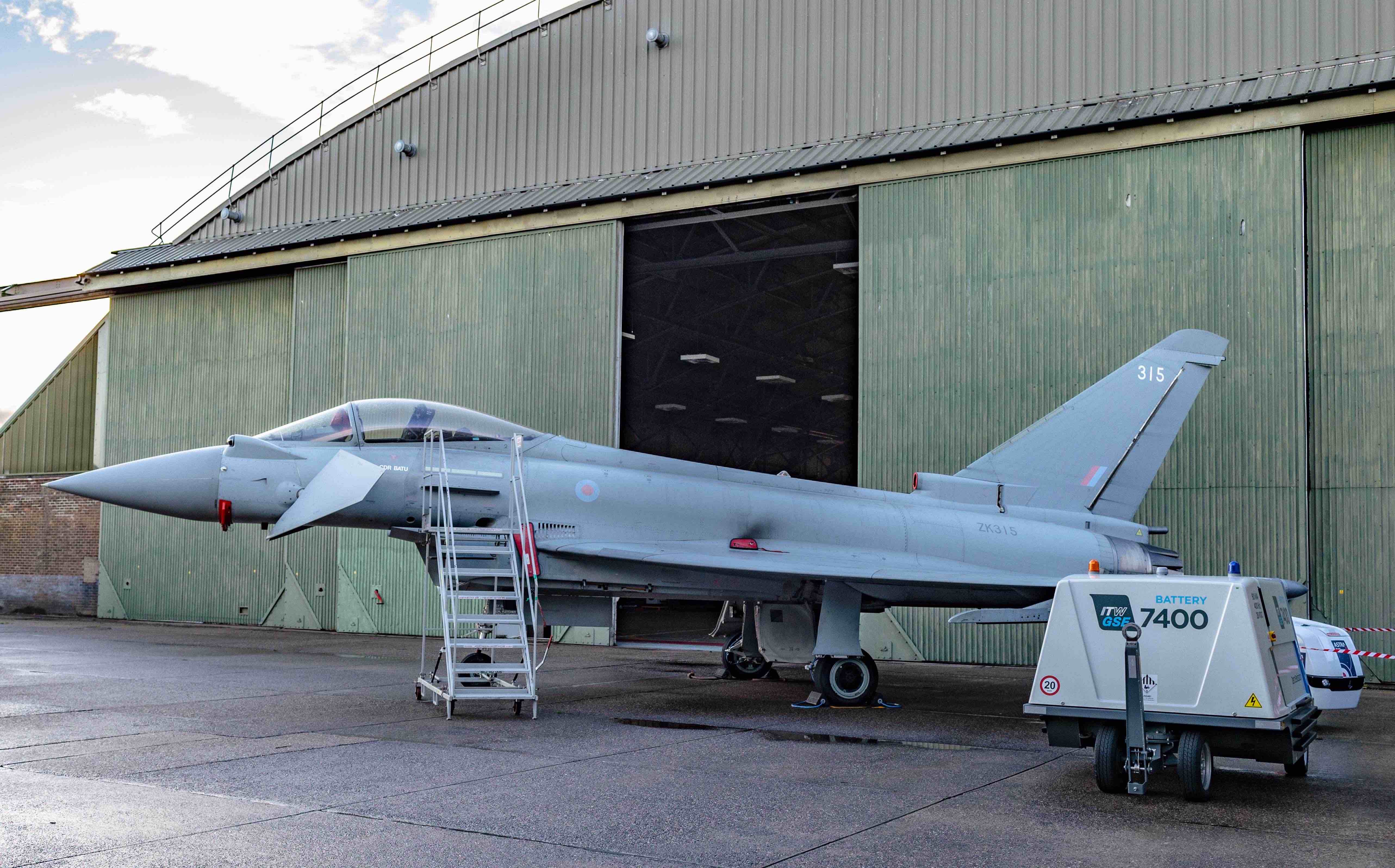 As well as providing a more environmentally-friendly method for powering the military aircraft, the units will also considerably enhance the working environment for air ground staff as they are no louder than a dishwasher or electric shower.

The purchase was made by the DE&S’ Typhoon Delivery Team following successful trials of the innovative generator at RAF Coningsby by their Air Ground Equipment team alongside colleagues at BAE Systems.

“DE&S and the RAF committed to finding ways to bring Defence closer to Net Zero and these units will also make a significant contribution towards DE&S’ aim to achieve net zero greenhouse gas emissions across our operations and infrastructure by 2040.

The current in-service diesel GPUs have a high fuel consumption, are noisy and have high carbon dioxide emissions. In fact, around 42% of the CO2 footprint from seeing off the aircraft comes from these GPUs.

In contrast, this new eGPU is emission free, quieter and, with its battery powered unit, can be used inside hangars with no need for input cables or ventilation. It means we have a much cleaner and safer working environment.

Another benefit of the units are they are easily transported and can be recharged from any standard plug worldwide, making it invaluable in deployed locations.”

“In addition to its green credentials, its maintenance costs are much reduced, meaning that overall operating costs are also lower. We estimate that it costs 20% of the current diesel solution; which is a clear benefit in light of current energy prices and maintenance costs.” 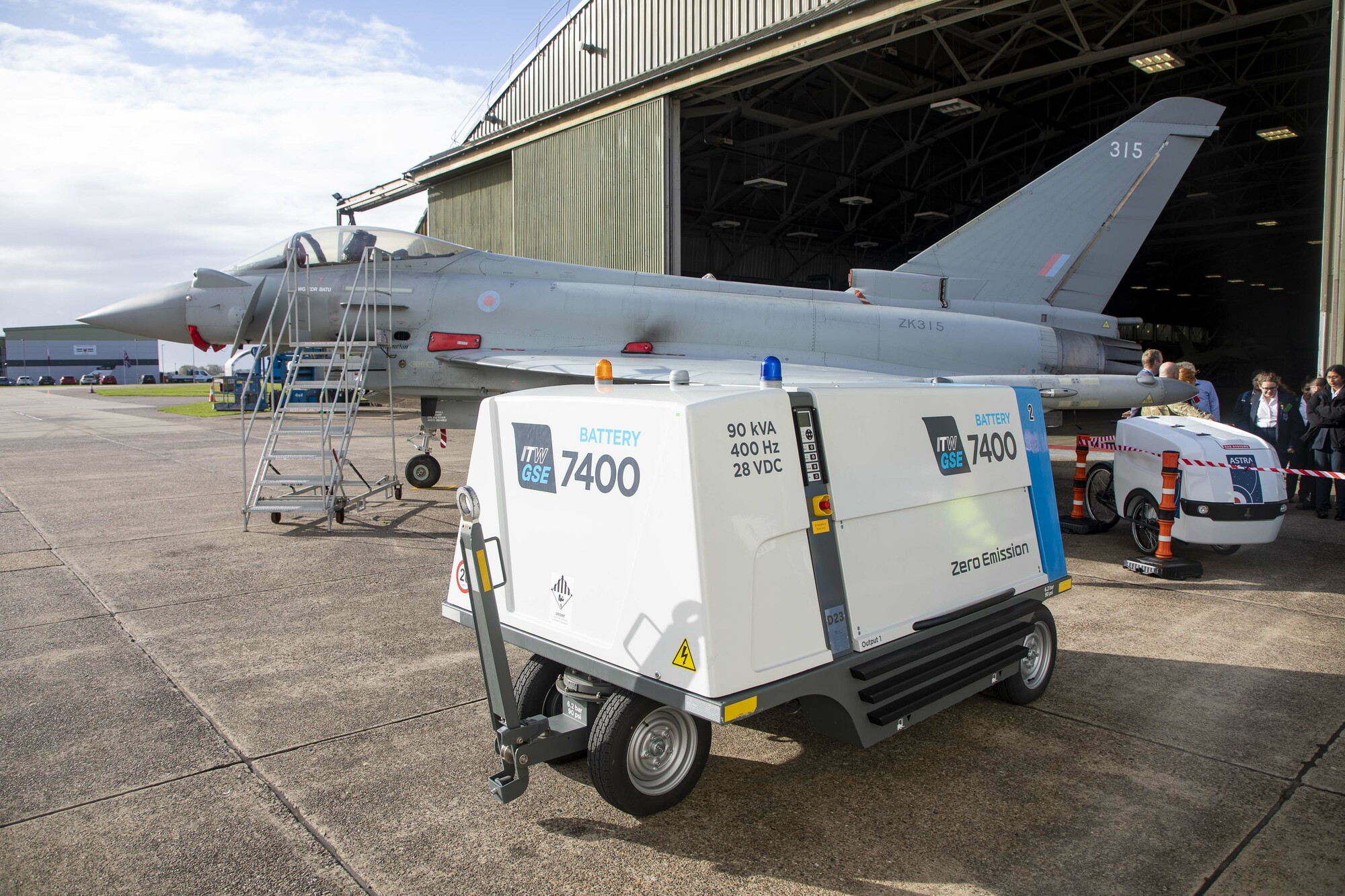 “These new generators are a step forward, both in operational capability and in their green credentials. We are extremely pleased to be a part of the effort towards net zero.”

The 40 new units will arrive in March 2023, while the diesel powered units that will be taken out of service will go through a ‘Reduce To Produce’ programme, stripped for spare parts to power the remaining fleet.

“Delivering sustainability where we can in fast-jet support is a key goal for both BAE Systems and the RAF. Not only are we able to reduce the environmental impact with the new ground power units, but we are also reducing the cost of running the UK Typhoon fleet with each new electric ground power unit costing £340k less to run over a 10-year period, saving over £13m across the fleet.”