DE&S has a team of over 350 apprentices

DE&S has welcomed more than 70 year 12 and 13 school pupils to MOD Abbey Wood to promote the Post-16 apprenticeships schemes run by the organisation.

Students from Bradley Stoke Community School, Abbeywood School, Winterbourne Academy and Oldfield School were invited to hear about the Business, Commercial, Finance, IT, Engineering, Project Professional Apprenticeships that are on offer as an alternative to going to university.

The students learned all about DE&S, with talks given from all three arms of the Armed forces and Senior Civil Service.

As part of the day, they were also shown some of the equipment procured by DE&S for the armed forces to give them a feel for what we do. 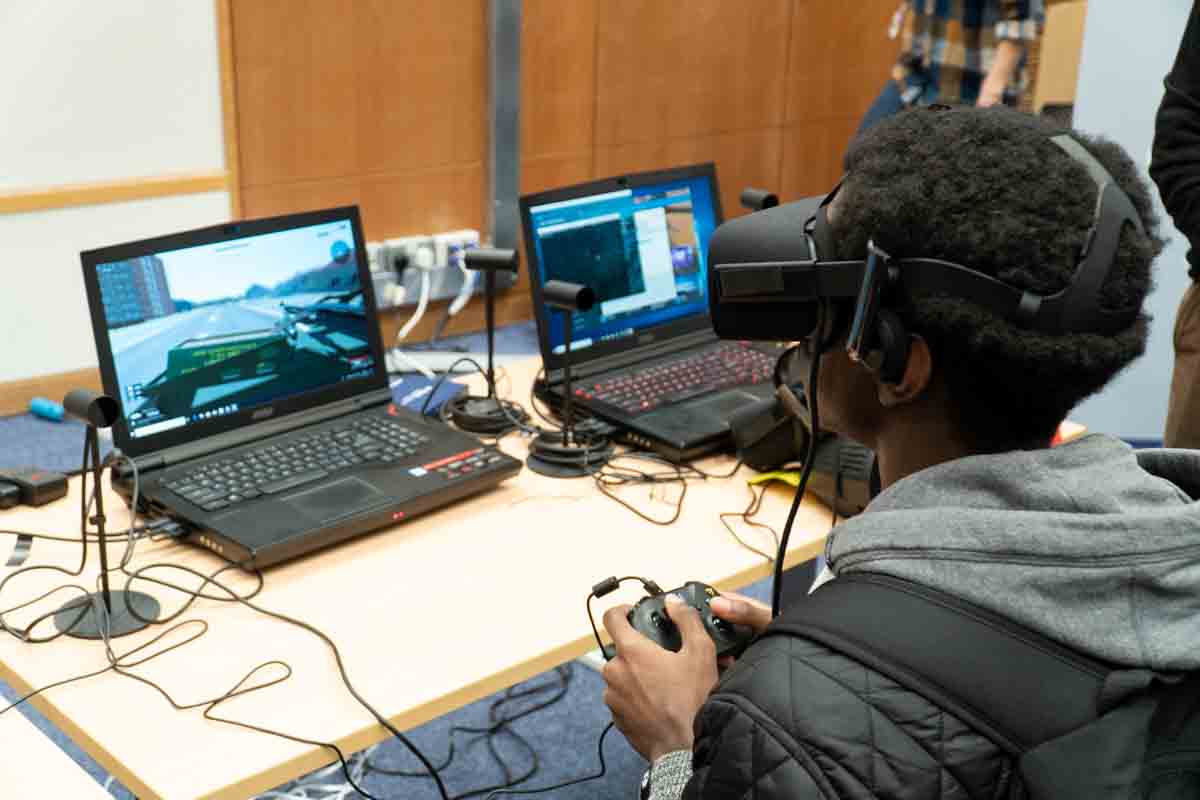 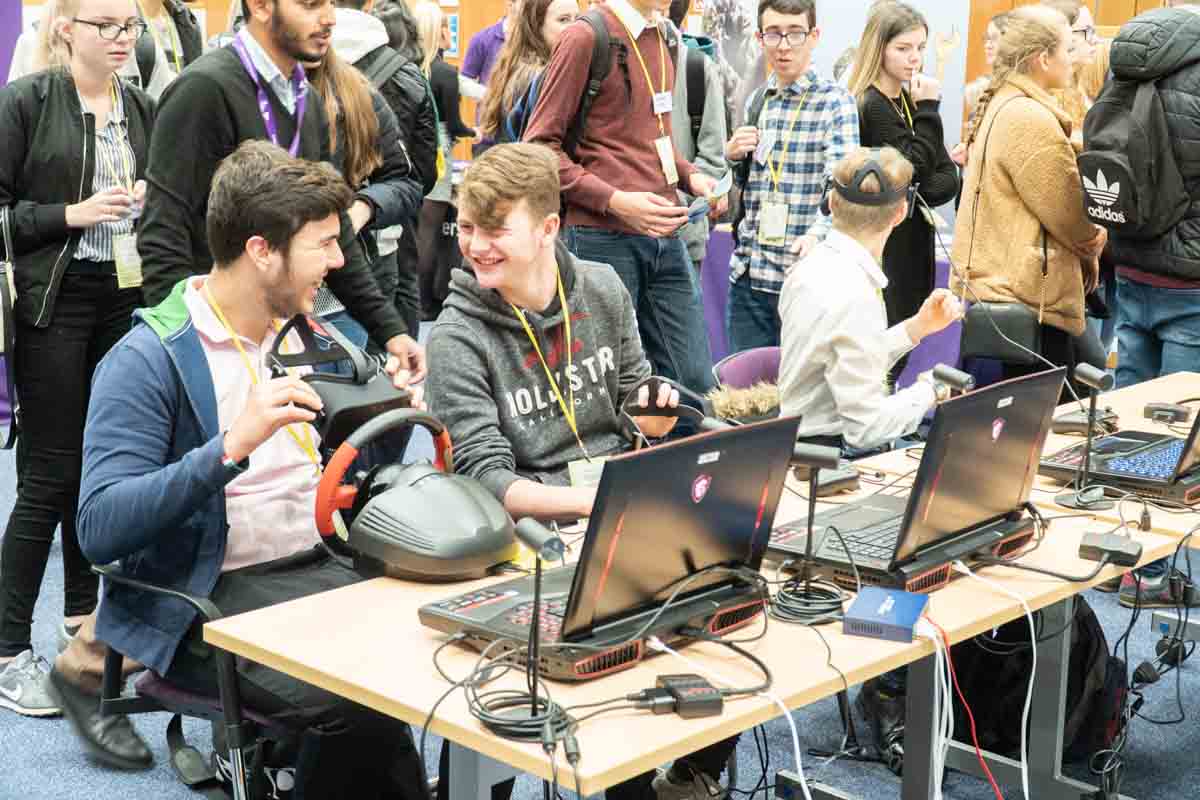 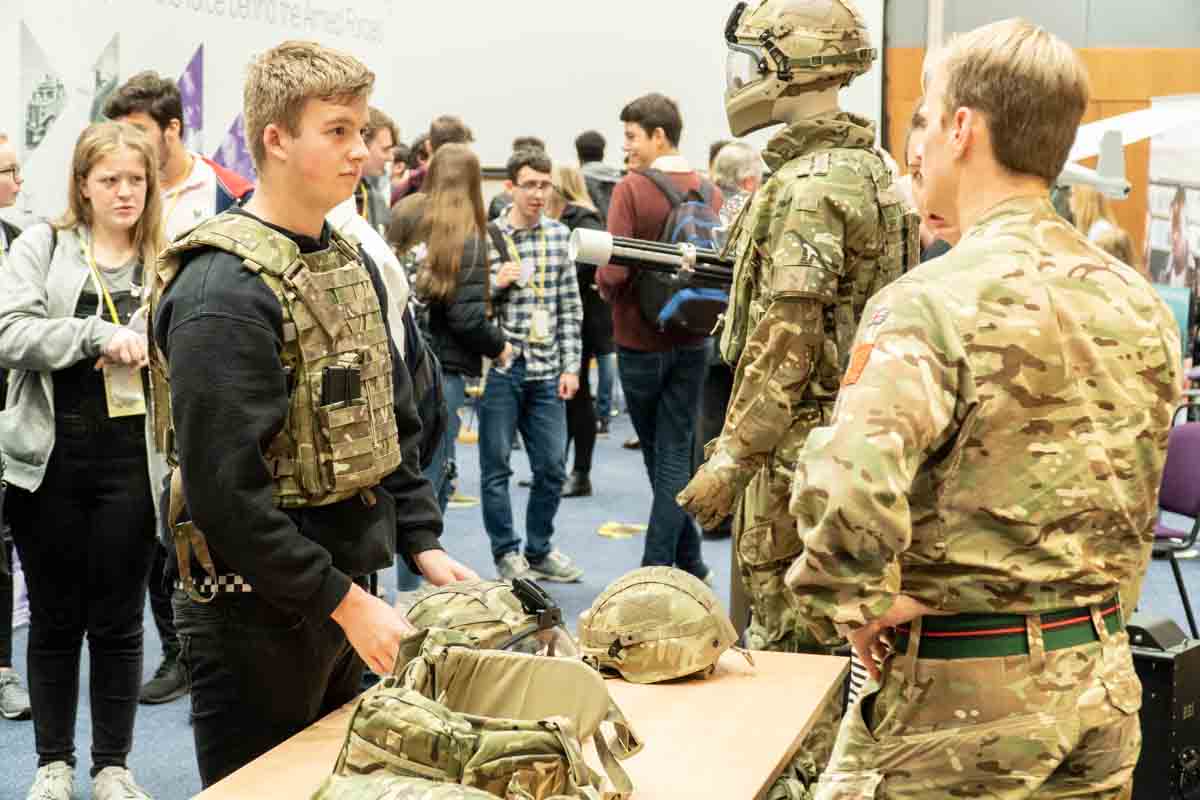 George Mangan, a Project Professional apprentice who helped coordinate the event said: “The day was a real success and it was great to see so many of the students go away enthused by what they had seen and heard.

“The idea behind the event was to expand our local resource pool, as even though they are so close to Abbey Wood, many of the students from these schools weren’t aware of DE&S and wider civil service apprenticeships.”

As well as the outreach event held at Abbey Wood, DE&S Project Professional apprentices have also been taking part in a school mentoring programme and mock interview days in an effort to strengthen ties with the local community.

Alexandra Smith, who works as a Project Professional Apprentice at DE&S, said: “We wanted to run a pilot mentoring programme with Bradley Stoke Community School, which involves 12 mentors from DE&S, selected from applicants from the Project Professional graduate and apprenticeship schemes, and 12 mentee volunteers from the school.”

The scheme officially launched in September and the 12 pairs are meeting for sessions on roughly a fortnightly basis.

The benefits are expected to include increased awareness of DE&S and the development schemes it has to offer, improved reputational standing of DE&S within the local community and personal skills development among the mentors.

Over two days more than 50 staff from DE&S, ranging from graduates and apprentices through to 1* level came together to produce a realistic mock interview experience for those students about to embark on their career choices.

The day received overwhelmingly positive feedback, with one students commenting: “I would just like to thank everyone who supported this event, it’s been a unique and amazing experience.

“I know from talking to the students that they found this day incredibly rewarding, and really feel as though they can take a lot from this event, so I would just like to emphasise that, and hope you come back next year.”

More about the DE&S Apprenticeship programmes

Thrust Max Speed Max altitude Troops + Crew Span Length The instantly-recognisable Chinook helicopter has been providing essential support to UK troops on operations all over the world for three decades. Chinook at a glance The UK operates 60 Chinook twin-rotor aircraft, based at [...]