New contracts will support 250 jobs, with the Type 26 programme sustaining more than 4,000 jobs in total across the UK

Steel has been cut on the final unit of HMS Glasgow, meaning all sections of the first Type 26 frigate are now under construction.

The milestone comes as primary contractor BAE Systems awards a further five sub-contracts to suppliers worth more than £100 million.

The work will support 250 jobs, with the T26 programme now sustaining more than 4,000 across the UK. More than £1 billion has been invested across the supply chain to date, with more than 100 suppliers globally.

Glasgow-based Denholm Industrial Services will carry out surface preparation and painting at Govan shipyard, while Malin Abram Ltd, also based in Glasgow, will work on the load out and float off of the ship.

“The Type 26 programme has proven itself in terms of cutting-edge design, international defence exports and creating and sustaining British jobs. This latest round of contract awards will see companies from the south coast of England to the banks of the Clyde benefit from over 250 highly-skilled jobs and multi-million pound investment.”

CBL, based in Hartlepool, will oversee the cable works, while Kaefer (Nottingham) will provide insulation products and installation services, and Dorset firm SCA has secured a contract for access and containment.

“This latest round of contract awards will see companies from the south coast of England to the banks of the Clyde benefit from over 250 highly-skilled jobs and multi-million-pound investment.”

The UK Government has committed to building eight advanced anti-submarine warfare ships. In 2017, BAE Systems was awarded a contract for the construction of the first three, to the value of £3.7bn.

Mark Beverstock, head of the DE&S Ship Acquisition Type 26 delivery team, said: “With every part of HMS Glasgow now under construction in Govan, we’re counting down to rollout of the first of these mighty new ships – a tangible milestone which means a huge amount to my team and our Royal Navy customer.

“It’s also great news for the UK, as demonstrated by the positive impact of the new subcontract awards which are supporting jobs and skills nationwide. We will continue to work closely with BAE Systems and their supply chain to deliver these essential warships.”

While 55 of the 57 units of HMS Glasgow are now manufactured in the city of the same name, the remaining two mast units are being built by Umoe in Norway. 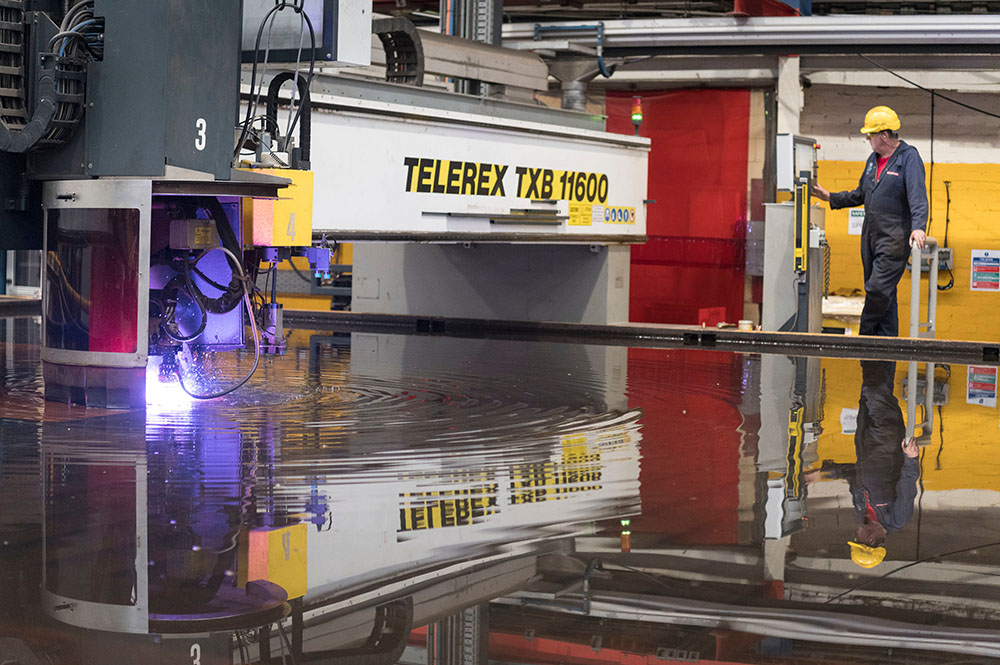 The T26 will deliver critical protection of the Royal Navy’s nuclear submarines and the Queen Elizabeth Class Carrier Strike Group.

Australia and Canada both selected a variant of the T26 design for their anti-submarine frigate programmes, supporting greater operational, training and intelligence ties between the three nations.

Steve Timms, BAE Systems’ naval ships managing director, said: “Each of our new suppliers brings a unique capability that is essential to ensure the safe and continued progress of this nationally important programme.

“It’s fantastic to see the first of class, HMS Glasgow, taking shape at our facilities here on the Clyde. She is a source of great pride for our workforce, who have worked with real energy, commitment and innovation in recent months to ensure we meet our customer commitments.”