Work on the next generation of nuclear submarines will secure hundreds of jobs in England and Scotland for a decade and beyond.

Contracts to develop the ‘eyes and ears’ of Dreadnought submarines will create 170 jobs and secure 350 more across the UK.

BAE Systems Submarines, which is building four nuclear submarines for the Royal Navy, has awarded work worth around £330 million to Thales UK.

The Dreadnought sonar system will be developed at the global technology firm’s sites in Templecombe, Somerset, and Stockport. The periscope – known as the ‘Combat System Mast’ – will be developed and manufactured in Govan with technical input from the workforce in Crawley.

Thales UK has been a trusted Continuous at-Sea Deterrence (CASD) partner with the MOD and Royal Navy since the first operation in 1969.

Jeremy Quin, Minister for Defence Procurement, said: “I am delighted to continue our 50-year strong partnership with Thales. With over 500 jobs created or secured by this contract, we are clearly acting on the government’s commitment to level-up across the UK.”

“These next-generation sonars and sensors will ensure our nuclear deterrent retains a stealth and detection advantage over adversaries.”

The fleet will also be equipped with Thales Sonar 2076; providing them with the latest in acoustic detection capability. The visual and situational awareness sensor will combine electronic warfare technology with cameras to provide the Dreadnought crew with a visual link to the sea surface.

The next-generation Dreadnought submarines will be the Royal Navy’s most advanced submarines ever when they enter service from the early 2030s and will be vital in providing the UK’s nuclear deterrent, as they replace the Vanguard class of ballistic missile submarines.

Most of the jobs being created by the sub-contract to Thales UK are highly-skilled and in manufacturing, engineering and design. There will be 30 new posts in both Templecombe and Cheadle Heath, where 50 jobs will be secured at each site respectively.

In Govan, 35 jobs will be secured while another 30 will be maintained in Crawley. Thales directly employs more than 7,000 people in the UK across ten sites. 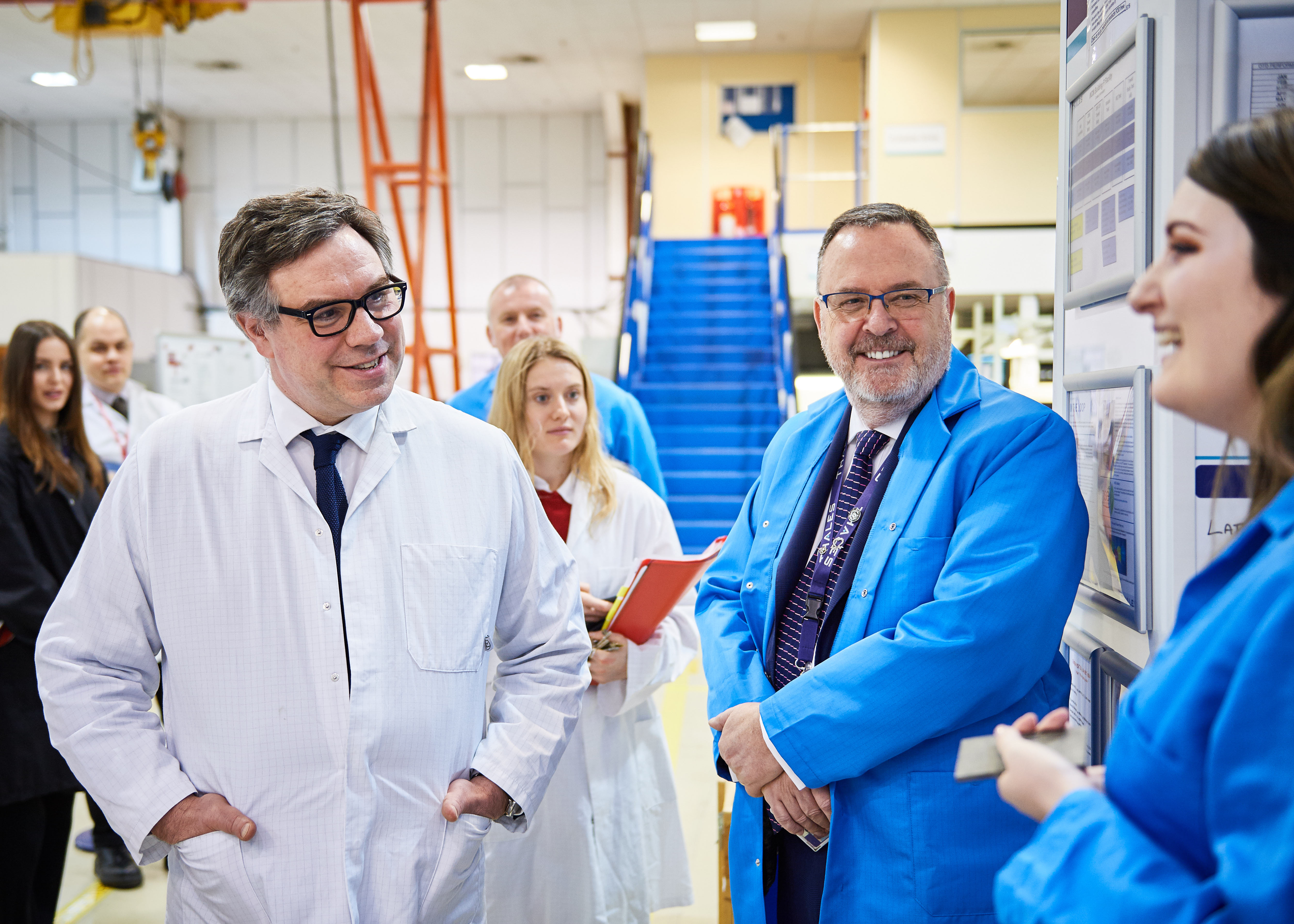 Thales Chief Executive Victor Chavez said: “Thales is immensely proud of our contribution to the Continuous at-Sea Deterrent over the last 50 years. This announcement represents a £330m investment in world-class sonar and optronics systems; providing the battle-winning edge for the Royal Navy.

“Having supported the deterrent since its inception, and with over a century of supplying periscopes to the Royal Navy, I am proud that our engineers continue to deliver cutting edge innovative technology at sites across the UK.”

Steve Lloyd, BAE Systems Submarines’ Dreadnought programme director, said: “This major step, reflecting collaborative working between the Dreadnought Alliance and Thales UK, will make a direct contribution to the sustainment of Continuous at-Sea Deterrence through the delivery of the next generation of the UK’s ballistic missile carrying submarines.”

The £31 billion Dreadnought programme is one of the most complex engineering projects ever undertaken by the UK Government and remains on schedule and within budget. 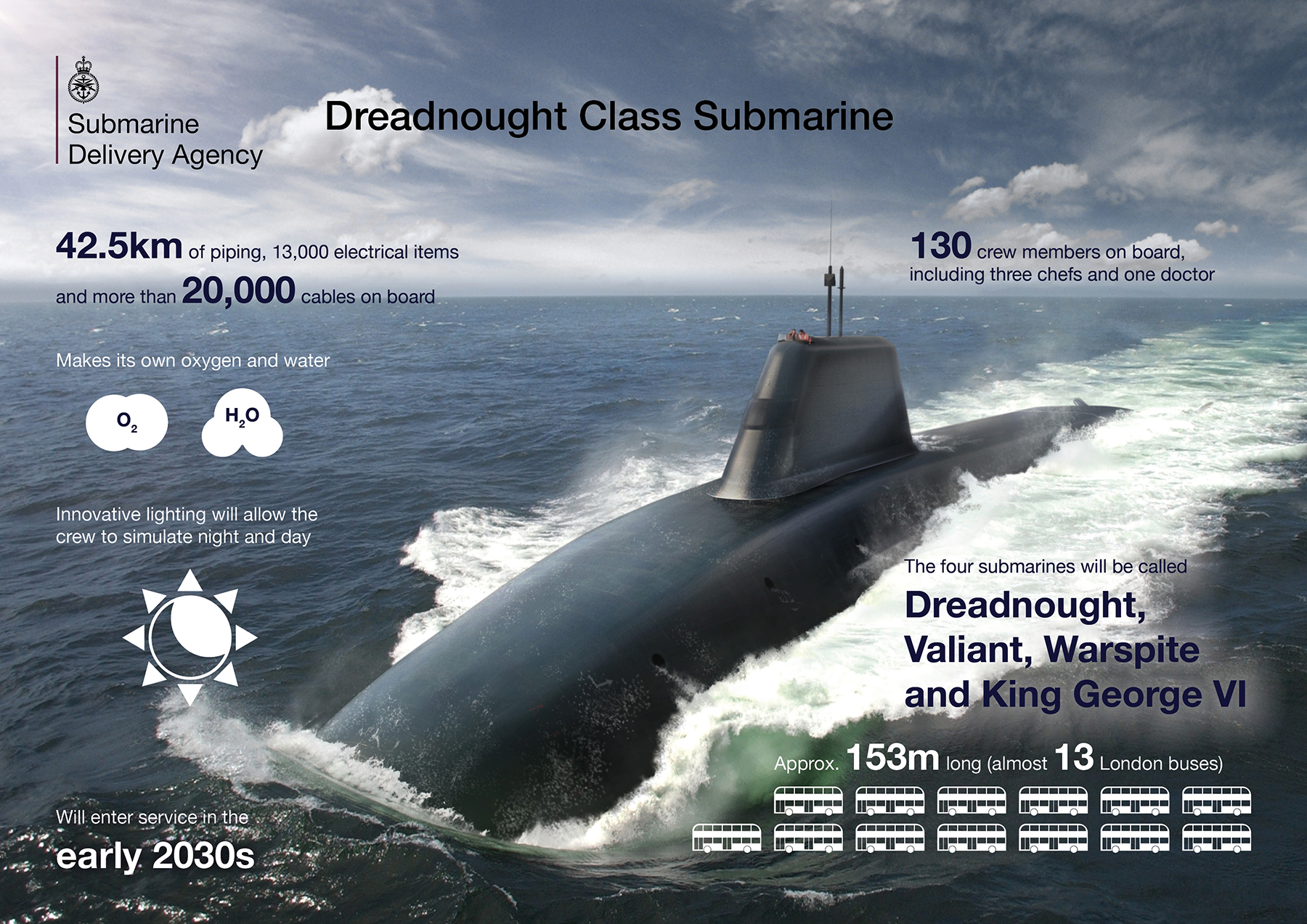