DE&S have awarded a contract worth around £3.7 billion to start building the Royal Navy’s Type 26 Frigates.

Manufacture of the first three of these new highly capable warships will secure approximately 1700 skilled shipbuilding jobs in Scotland and 1700 jobs throughout the supply chain across Britain until 2035.

The Type 26 Frigate is a cutting-edge warship, combining the expertise of the British shipbuilding industry with the excellence of the Royal Navy. We will cut steel on the first ship later this month – a hugely significant milestone that delivers on our commitment to maintain our global naval power. These ships will be a force to be reckoned with, there to protect our powerful new carriers and helping keep British interests safe across the world.

Backed by a rising defence budget and a £178bn Equipment Plan, the Type 26 programme will bring vast economic benefits to Scotland and the wider UK. The contract is structured to ensure value for taxpayers’ money and, importantly, now designed to protect them from extra bills from project overrun. The investment will secure hundreds of skilled jobs at BAE Systems on the Clyde for the next twenty years, and thousands of jobs in the supply chain across Britain. 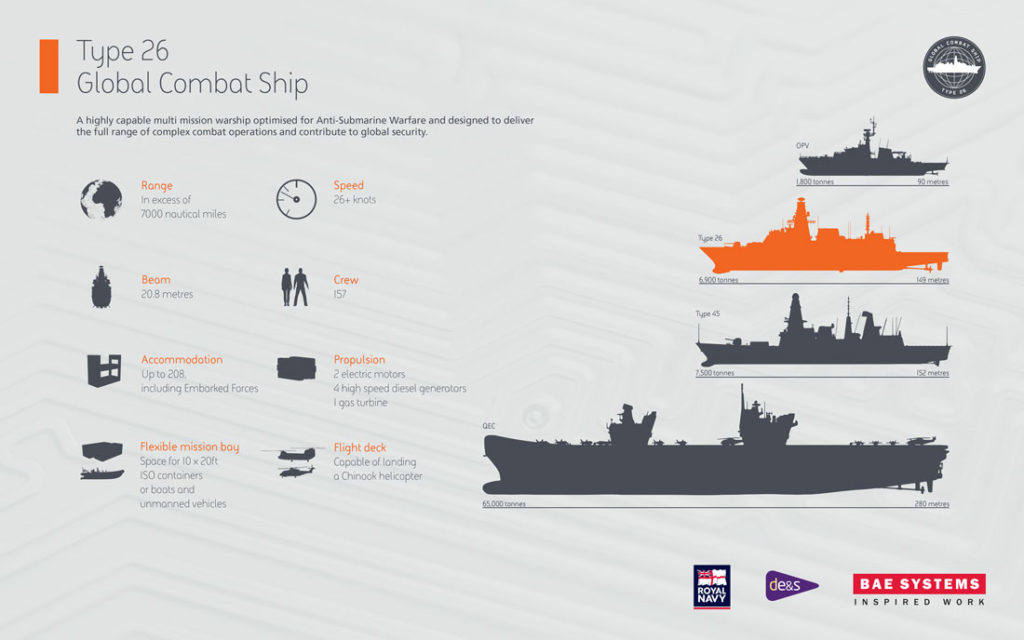 These world-class warships will protect the nation’s nuclear deterrent and the Royal Navy’s new aircraft carriers, the first of which, HMS Queen Elizabeth, has recently taken to sea for the first time. The ships specialise in anti-submarine warfare, protecting the UK’s overseas territories and interests across the globe. The flexible design will allow the capabilities to be adapted throughout its lifespan to counter future threats.

The deal also reaffirms the commitment made by the Government in the 2015 Strategic Defence and Security Review (SDSR15) to build eight Type 26 ships. The contract for the second batch of five ships is expected to be negotiated in the early 2020s, paving the way to sustain further jobs in Scotland and across the wider supply chain for many years to come. The Type 26 programme will secure the long term future of the Scottish shipbuilding industry.

For an island nation, dependent on maritime trade, a strong Royal Navy is essential for our national security and economic prosperity. Today there are over 500 submarines in the world operated by 40 navies. As one of the quietest and most potent submarine-hunters of any Navy, the Type 26 will have a crucial role to play to protect the nuclear deterrent and our two new aircraft carriers.

Although designed to fight and win in the most demanding scenarios, they will also work alongside our international partners to protect and promote the United Kingdom’s interests around the world.

The Type 26 will be the most advanced anti-submarine warfare ship in its class around the world. The MOD is exploring potential export opportunities where there is strong interest from international customers.

The contract is specifically structured to motivate both sides to deliver to a successful outcome where both parties share in the pain and gain in the delivery of the programme. This will deliver better value for money for the UK taxpayer.

The MOD spent £1.5 billion with Scottish businesses last year and supports 9,700 jobs across Scotland. The Royal Navy’s new Queen Elizabeth Carriers are being built in Rosyth and the new Offshore Patrol Vessels are under construction in Govan and Scotstoun ahead of this summer’s Type 26 Frigate steel cut. 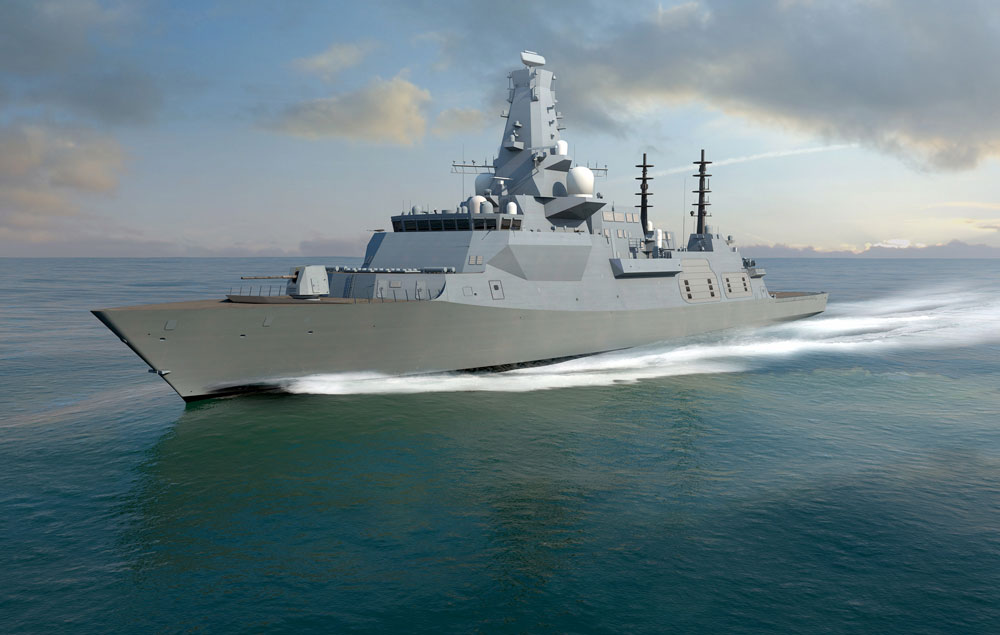 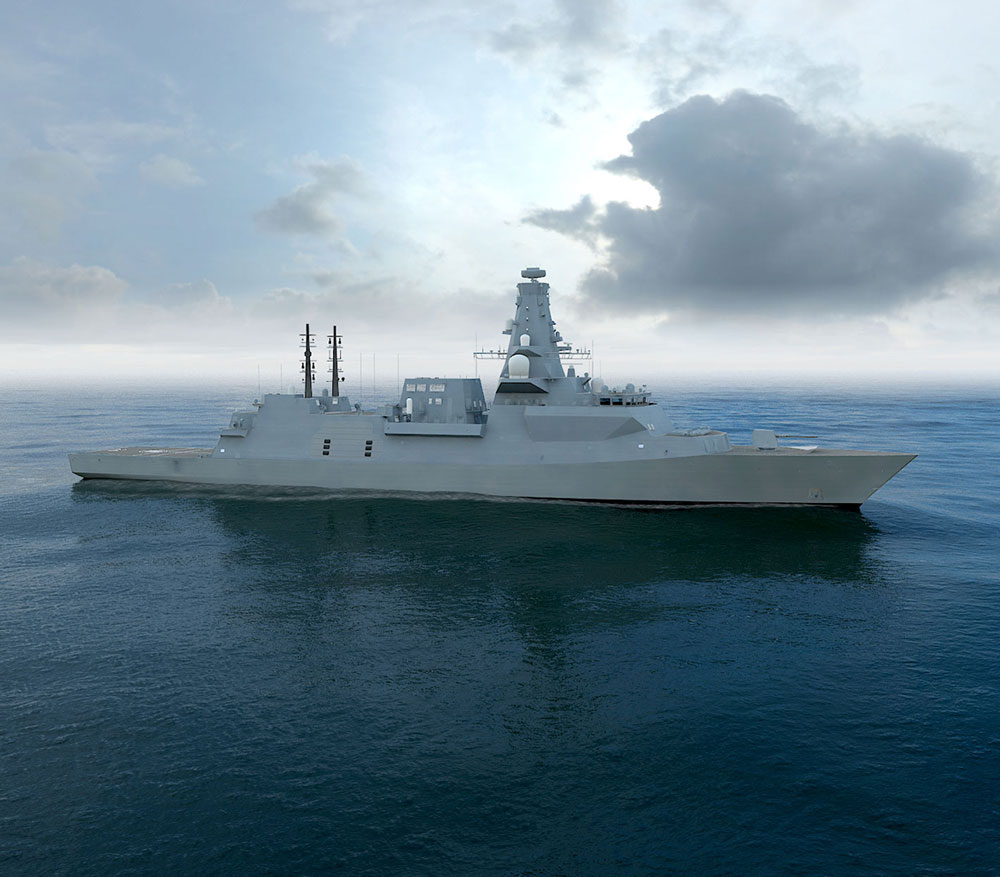 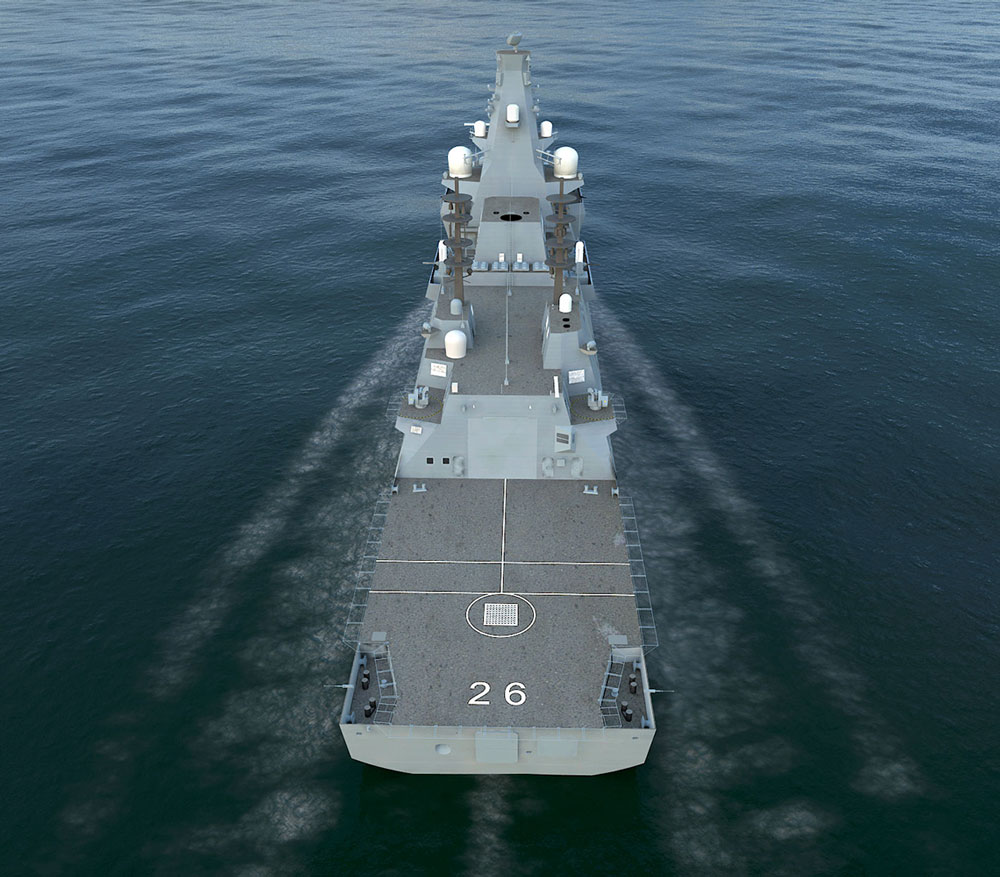 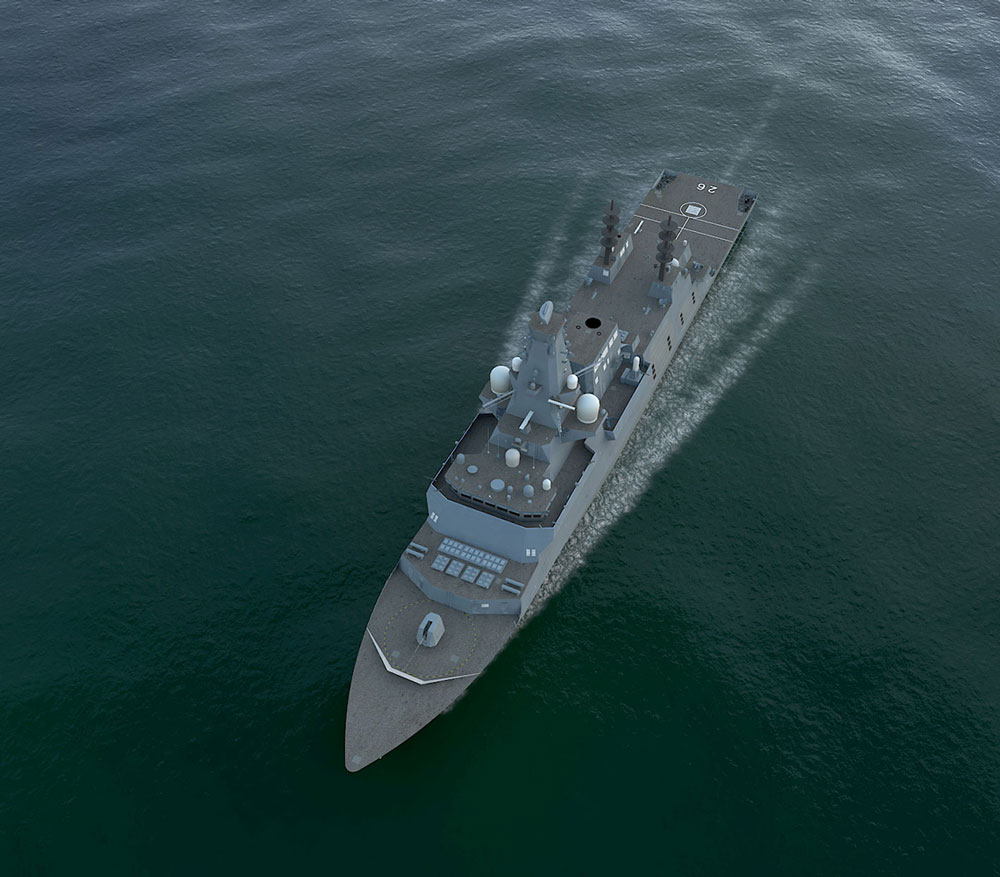 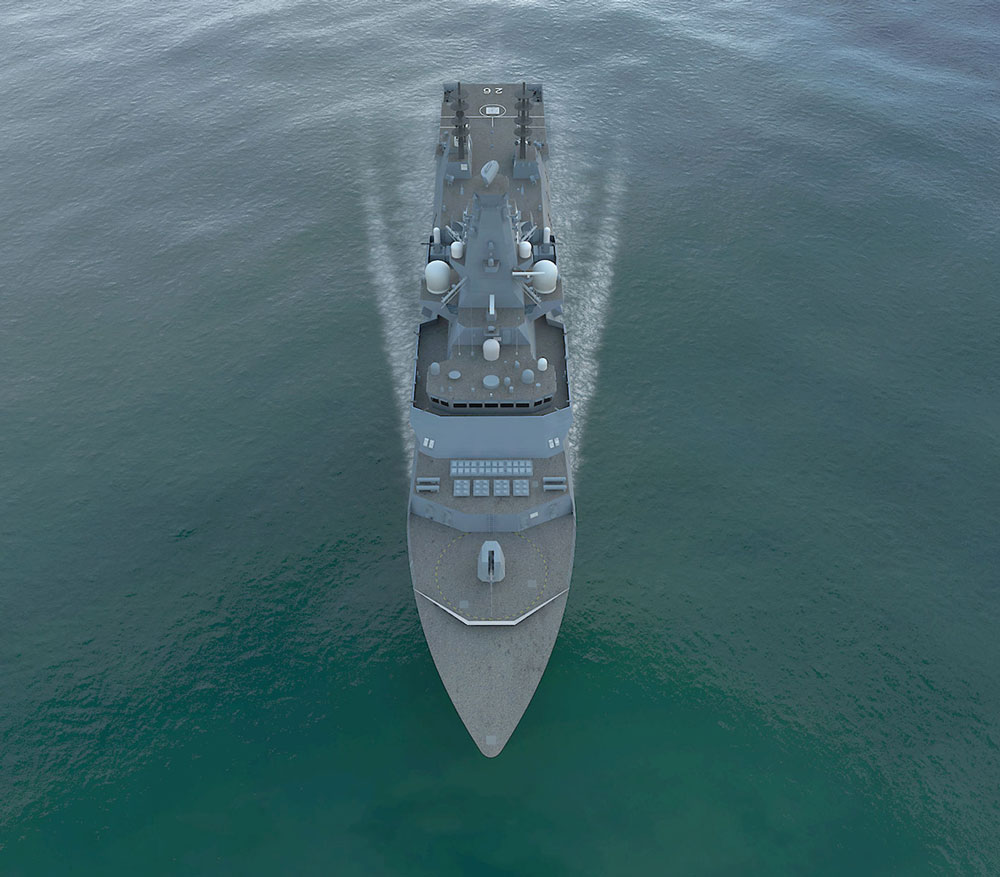 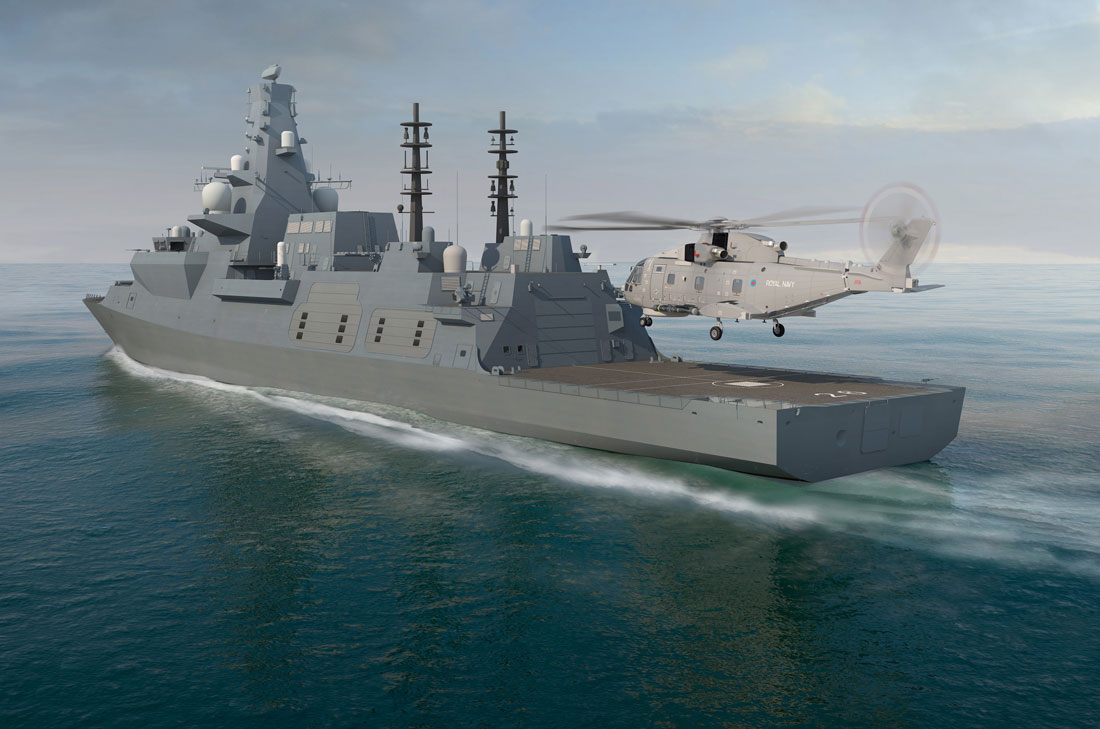