The equipment could be in service on the front line next year.

The lightweight image intensifying (II) goggles, which can be fitted with the miniature clip-on infrared thermal imager (TI), will enhance surveillance and target acquisition abilities allowing the user to detect the enemy early, react quickly and maintain a tactical edge at night.

Major General Darren Crook, DE&S Director Land Equipment, said: “Ensuring our soldiers maintain a battle-winning edge, whilst also keeping them safe, is at the forefront of our minds when procuring the latest military equipment.

“The new Night Vision Goggles and Thermal Imaging clip-ons will do both, meaning the armed forces can continue to protect our nation’s interests.” 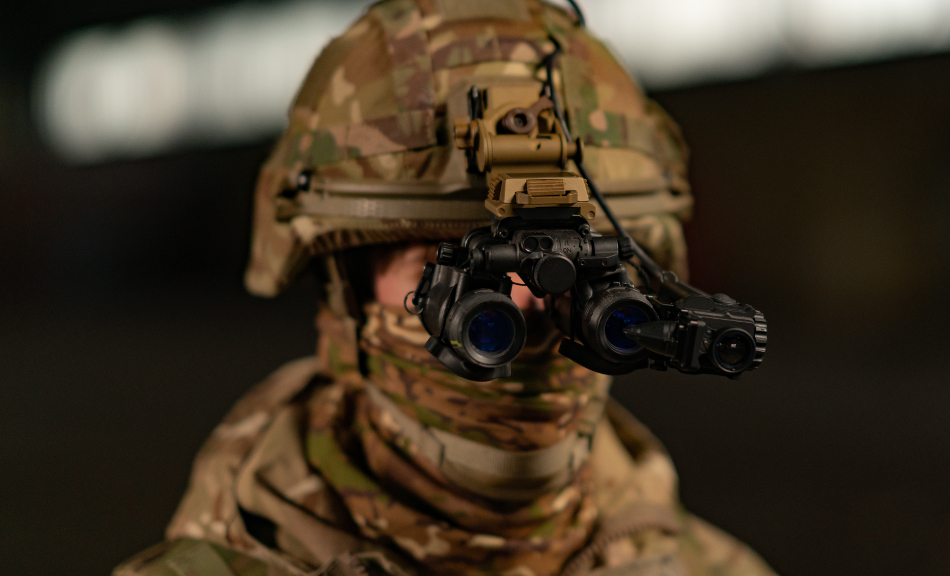 Lieutenant Colonel Mike Baxter, of the Army’s SO1 Light Forces, said: “The procurement of these night vision systems is a step change in capability, providing image intensification combined with thermal technology, which can be fused and integrated into our digitalised soldier systems.

“Each system is truly ‘state of the art’, but when combined they transform the way we fight on the battlefield, enhancing soldier situational awareness, increasing survivability and lethality. Technologies such as these enable our soldiers to fight further, faster and smarter.”

Fielding of the Night Vision Goggles and Thermal Clip-on Systems is expected to begin in January 2022.