Around 1,000 UK jobs are sustained by the support package for the Royal Navy fleet of Merlin helicopters.

They provide anti-submarine capability, troop ferrying, casualty evacuation and medium lift of up to 3.8 tonnes if required. Armed with Sting-Ray torpedoes, Mk11 depth charges and the M3M .50 calibre machine gun, both variants also carry out secondary roles including search and rescue.

Three of the Merlin HM Mk2s are equipped with Crowsnest, a high-powered radar and mission system providing crucial early warning against threats to the Strike Group. 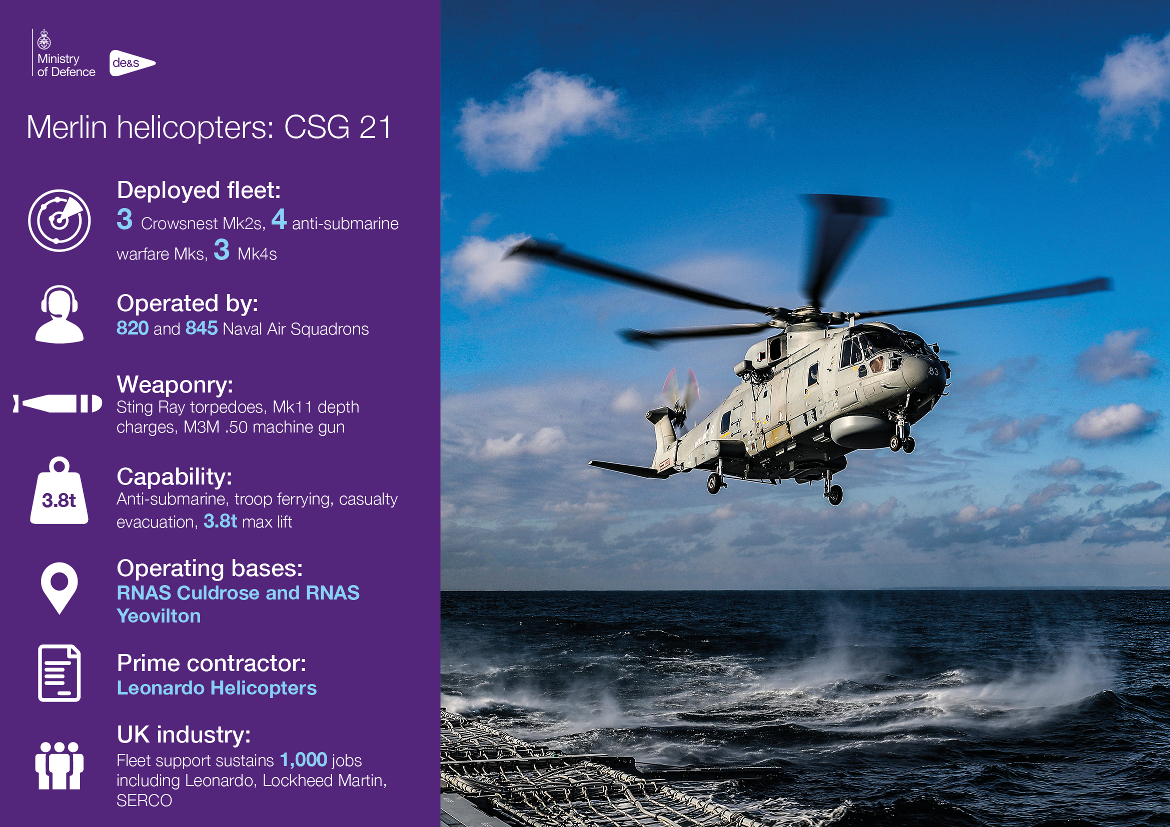 In March 2006, AgustaWestland – a subsidiary of Leonardo S.p.A – was awarded the original IMOS contract, saving the MOD and UK taxpayer approximately £500 million in support costs over the following 25 years. There is a new pricing period every five years.

The latest, IMOS Price Period 4 (PP4), worth £699m, was negotiated by Defence Equipment and Support (DE&S) – the Ministry of Defence’s procurement arm – and developed in collaboration with the Royal Navy to include all requirements at operational bases and on the frontline.

Keith Bethell, DE&S Director Helicopters, said: “IMOS PP4 represents a step-change in support to the front line, ensuring we meet the needs of the Royal Navy by better understanding, and delivering to, their demand.

“It is a significant contract improvement which has been achieved through close working collaboration with Navy Command and Joint Helicopter Command as the customers, and with Leonardo Helicopters as the prime contractor, to ensure we can rapidly respond to operational support requirements.”

“IMOS PP4 represents a step-change in support to the front line, ensuring we meet the needs of the Royal Navy by better understanding, and delivering to, their demand.” 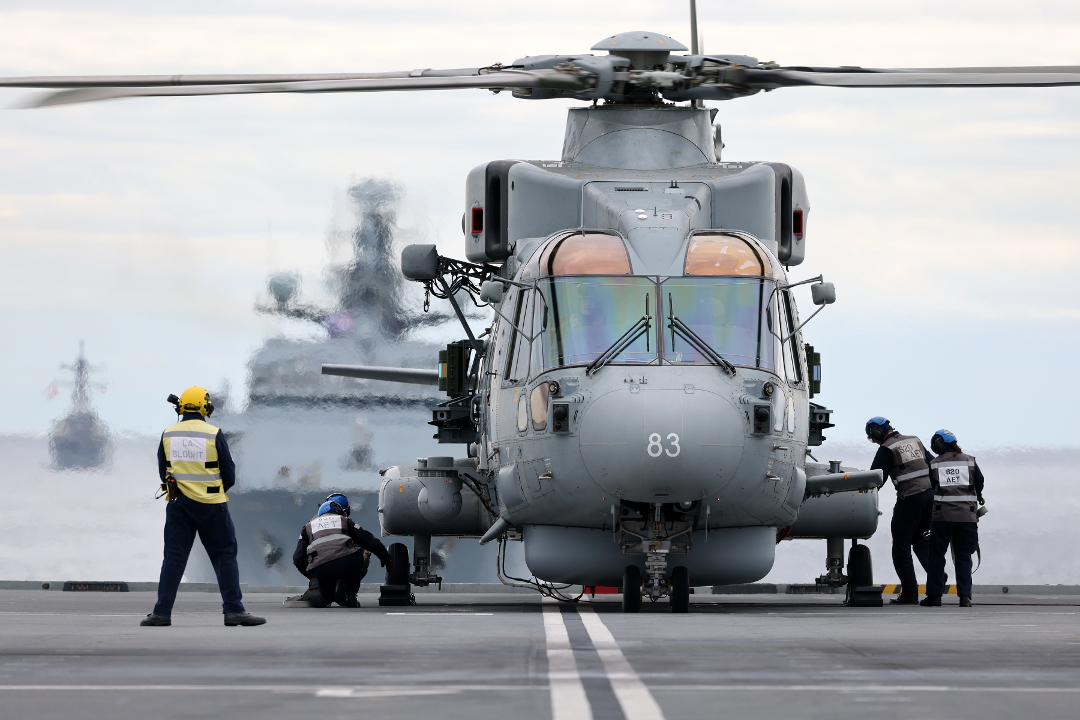 IMOS supports around 200 jobs at Leonardo plus 800 in the wider supply chain including Lockheed Martin, Leonardo Electronics Division and SERCO.

The work carried out by Leonardo staff at RNAS Yeovilton and RNAS Culdrose in Cornwall ranges from routine servicing to deep maintenance. 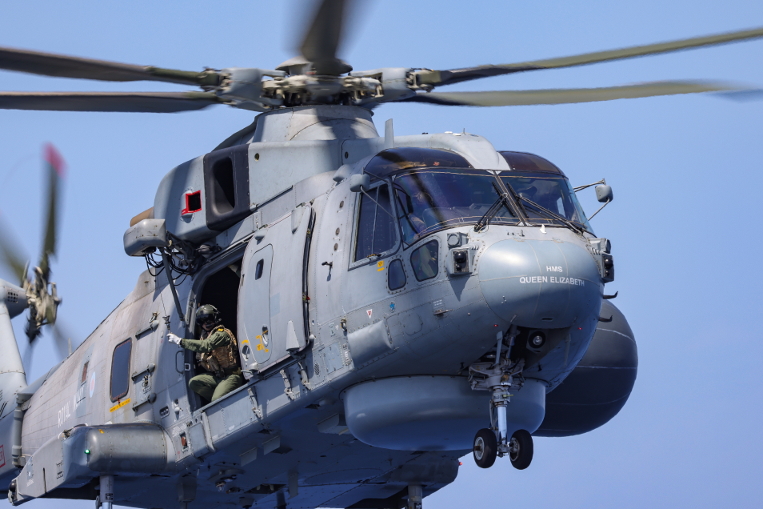 Published 25 November 2022 HMS Glasgow, the first-in-class of the Type 26 frigates, is preparing to enter the water for the first time. Prime contractor BAE Systems has started the float-off process and, over the coming days, the ship will [...]