The Telford-based company is gearing up to start work on the state-of-the-art 8×8 armoured vehicle for the British Army.

RBSL will build, assemble, integrate and test the armoured vehicle structures at its Telford facility in the West Midlands.

The company was named as one of the vehicle manufacturers by ARTEC, the consortium awarded a £2.3 billion contract last year to deliver 500 Boxer 8×8 high mobility, network-enabled armoured vehicles.

Around 1,000 jobs across the nation will be sustained through this work, enhancing skillsets and creating an ambitious UK apprenticeship scheme. Some 450 of these jobs will be at RBSL.

Minister for Defence Procurement, Mr Quin, said: “I’m pleased to see first-hand how the Boxer programme is progressing at RBSL. Each element of the supply chain is important in providing the Army with new state-of-the-art armoured vehicles.”

“This visit illustrates yet another example of how Defence is levelling-up the UK economy through creating and sustaining skilled jobs in military vehicle manufacturing.”

The Minister was given a tour of the company’s site, based in the Hadley Park area of the city, and met with the workforce, including newly-recruited apprentices who have been brought in to work on the programme.

The programme is supported by a nationwide supply chain across Wales and Scotland, the West Midlands and ‘northern powerhouse’ cities. This demonstrates the Government’s commitment to levelling up through defence sector employment across the UK.

The vehicles will form part of the Army’s Strike brigades, which are new units set up to deploy rapidly over long distances across varied terrains. Boxer will ensure the Army is well-equipped to transport troops onto the frontline.

Initially, the Army will buy a mixture of the troop-carrying variant, ambulances, command vehicles and a variant designed to carry military equipment.

The programme aims to source more than 60%, by value, of the vehicle content from UK suppliers, ensuring the UK maintains sovereign manufacturing and engineering expertise to support the vehicles. 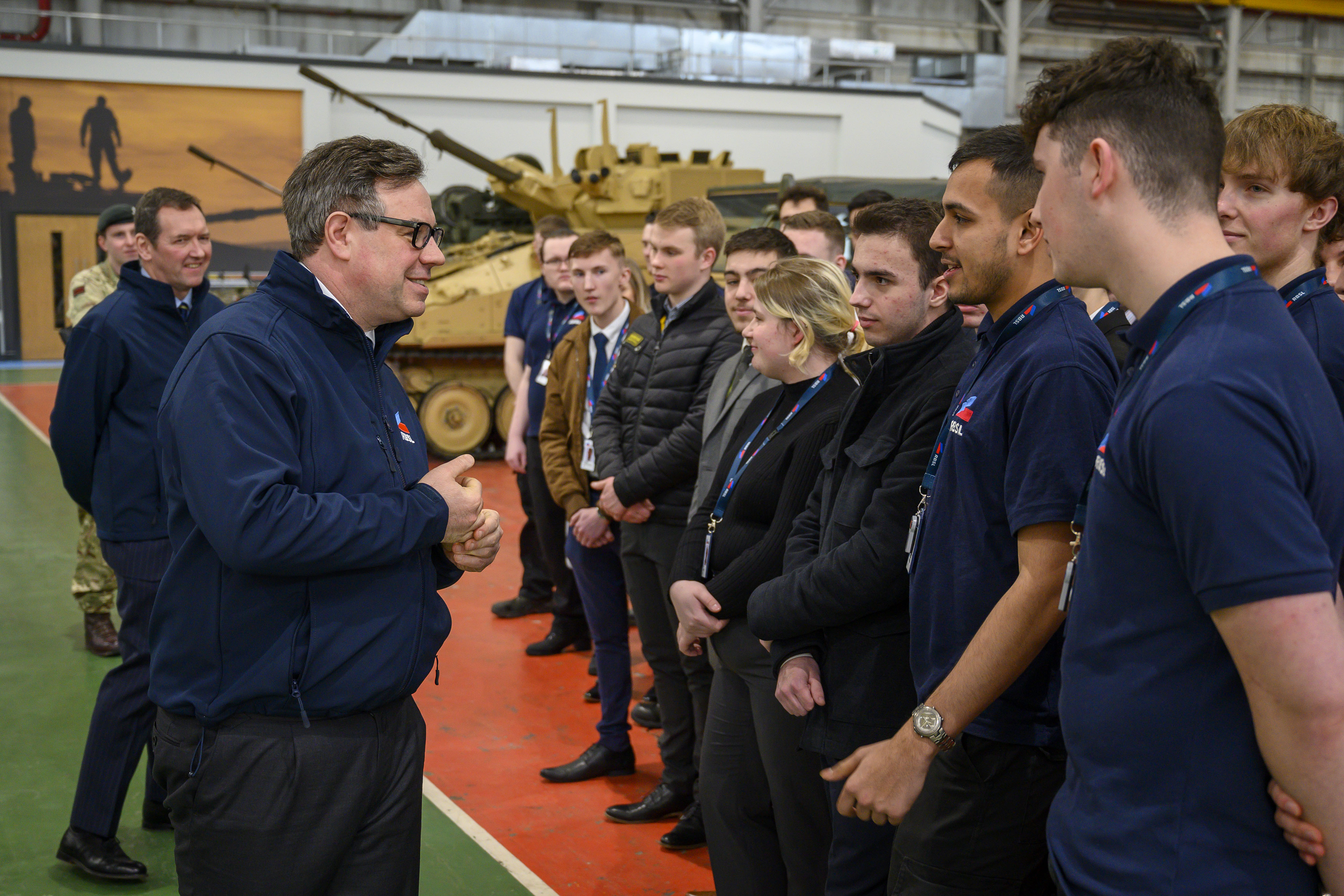 Chris Bushell, Chief of Materiel for Land at Defence, Equipment and Support accompanied Mr Quin on the visit to RBSL. He said: “I am delighted that work is now underway to bring Boxer to life.

“We are a step closer to delivering this state-of-the art capability to the armed forces and we will continue to work with the Army and our industry partners to deliver the best equipment and support to our troops.”

The UK announced in 2018 that it would re-join the Boxer programme within the Organisation for Joint Armament Cooperation (OCCAR). The current planned delivery date for the vehicles is 2023.

Last week, Mr Quin visited Thales UK in Templecombe, where sonar systems will be developed for the fleet of Dreadnought submarines.