The DE&S Future Capability Group (FCG) have partnered with the British Army to test the capabilities of the Ghost Robotics V60 Quadruped.

Soldiers from the 23 Parachute Engineer Regiment joined forces with experts from the DE&S Expeditionary Robotics Centre of Expertise (ERCoE) to test the potential use cases of the Ghost robotic dog (also known as a quadruped) for the British Army.

Developed by Ghost Robotics, the state-of-the-art system is designed to navigate complex urban and natural terrains. Boasting a top speed of 3 m/s and a max payload of 10kg, the V60 quadruped is an agile and durable all-weather ground drone. It is equipped to deploy by parachute, helicopter, and air landing. 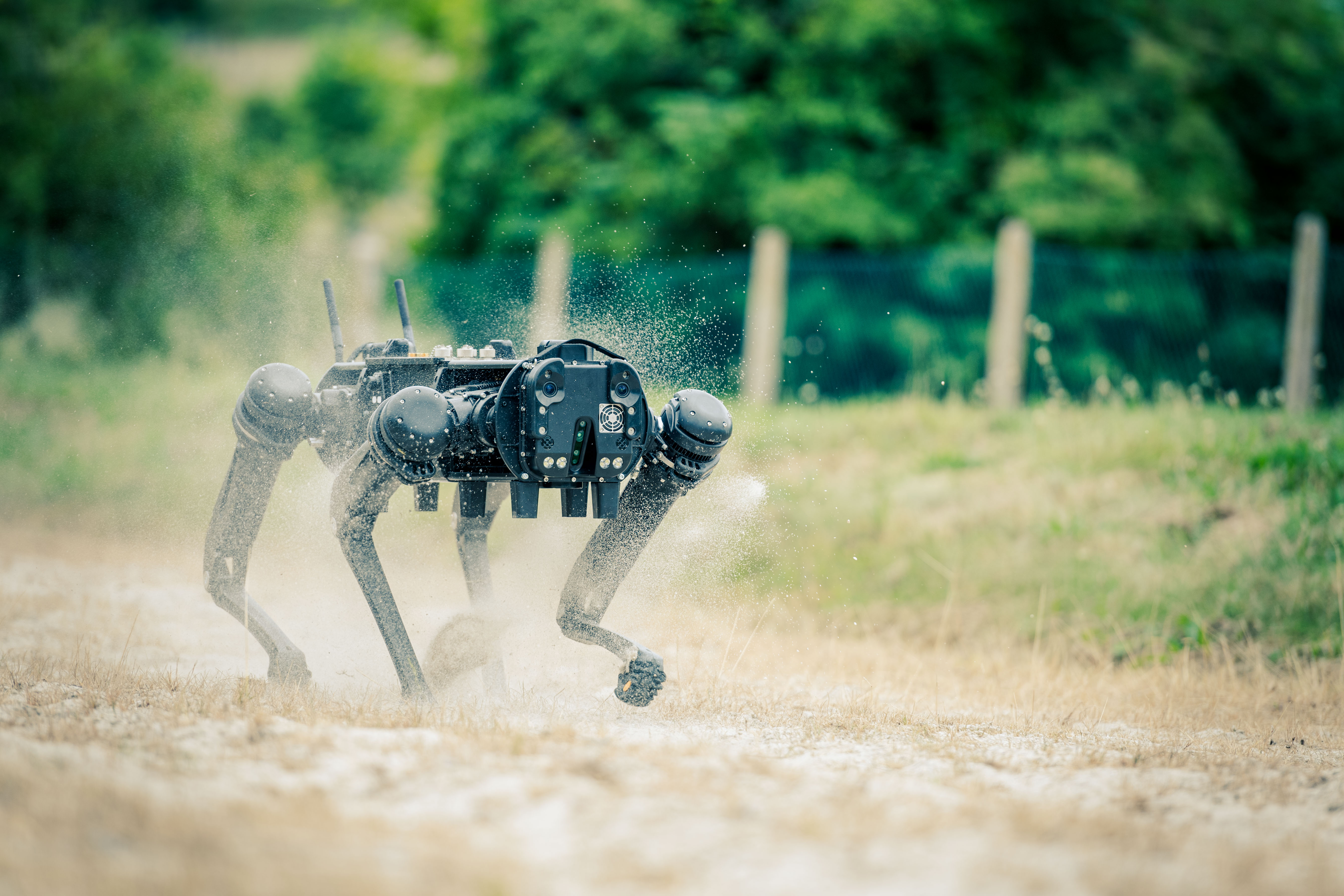 The bio-mechanisms of the robotic dog offer interchangeable legs and arms, with potential add-ons such as Light Detection and Ranging (LIDAR) imaging systems. This allows the user to map out a 3D image of their environment and assess potential dangers. The robotic dog features cameras on the front, rear and sides, offering 360 views.

The Ghost V60 quadruped is not an autonomous system, instead it is controlled by an operator at all times using a control pad. 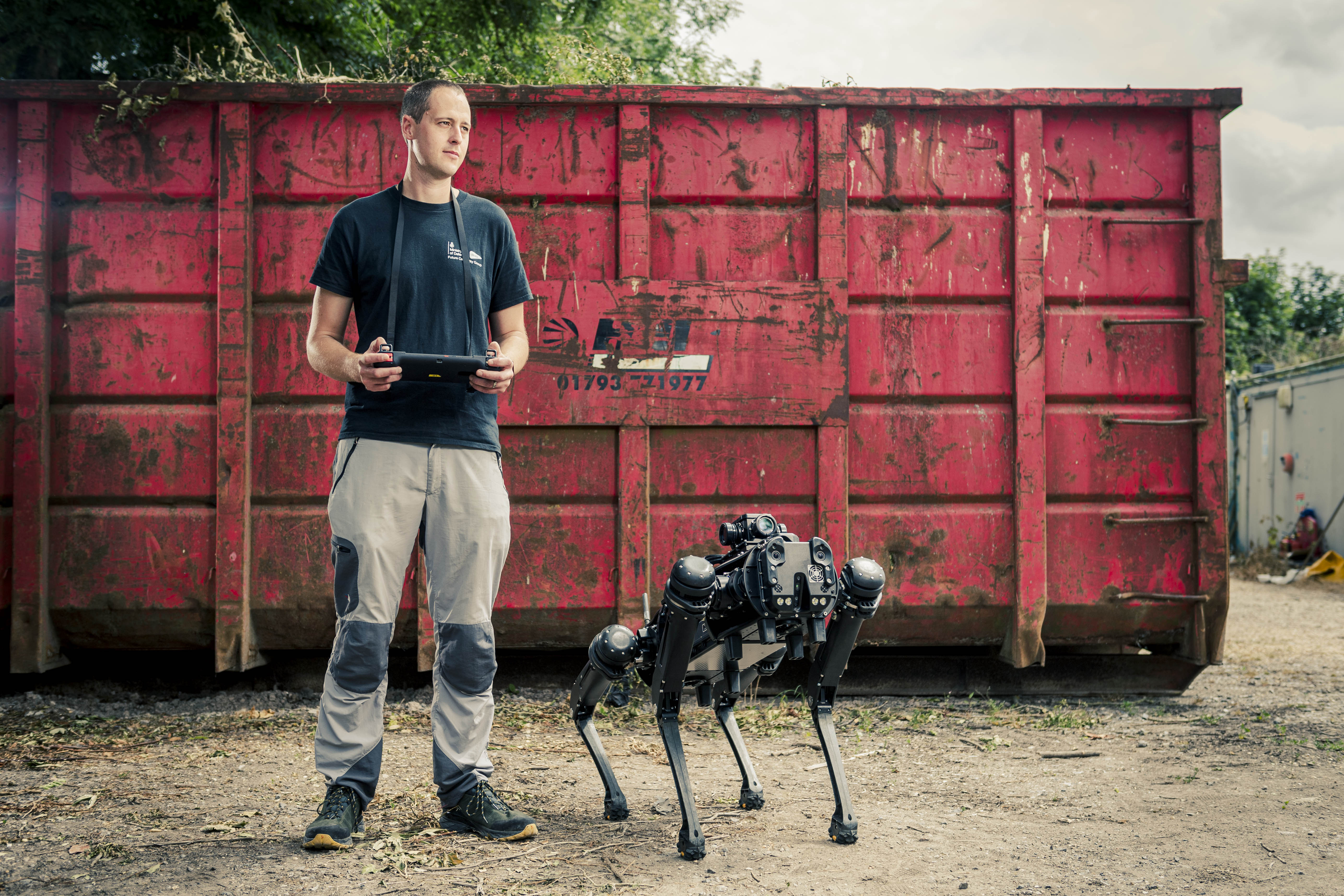 “In the modern battlespace, robotics are becoming increasingly important in allowing soldiers to operate faster, for longer. The Ghost V60 quadruped offers increased situational awareness for soldiers on the ground. It has the potential to act as the eyes and ears for military personnel on the frontlines – increasing accuracy in identifying and acquiring targets.

“This offers many potential use cases for the British Army, from delivering mission-critical supplies, scoping out hazardous areas, or performing combat tasks that are deemed too dangerous for humans. Ultimately, the Ghost V60 quadruped is designed to reduce the risk-to-life and the burden on military personnel.”