A five-year-old who wowed veterans with his VE Day competition poster entry has received a surprise visit from a Major General.

In actual fact Kyan Terry-White was too young to qualify for an award in the charity-run poster competition which asked schoolchildren between seven and 16-years-old to design posters that encapsulated the spirit of VE Day.

But veterans were so impressed by his entry that they insisted that Kyan, who attends Sutton Benger Primary in Wiltshire, was recognised for his efforts.

However, when Kyan was told he would be presented with a certificate and cash prize he insisted the charity kept the money for those it supported.

As a special surprise Kyan’s certificate was awarded to him at his school gates by Major General Darren Crook, Director Land Equipment at Defence Equipment and Support in Bristol – the procurement arm of the Ministry of Defence.

Maj Gen Crook said: “It was an absolute privilege to meet Kyan and present him with his certificate. VE Day is a hugely significant part of our nation’s history and it was clear from both Kyan’s excellent poster and from speaking with him that he had a real grasp of what it meant to people.”

Kyan’s mother added: “Kyan was very excited to be receiving a presentation from a real Major General and particularly wanted to wear his WW2 outfit for the occasion. I’m also very proud of him for his generosity of spirit in declining his cash prize.”

Victory in Europe Day celebrates the formal acceptance of defeat by Nazi Germany  on Tuesday, 8th May 1945, marking the end of the Second World War in Europe.

The Spirit of Normandy is a charitable trust set up to perpetuate the memory of those who fought to preserve freedom in 1944. 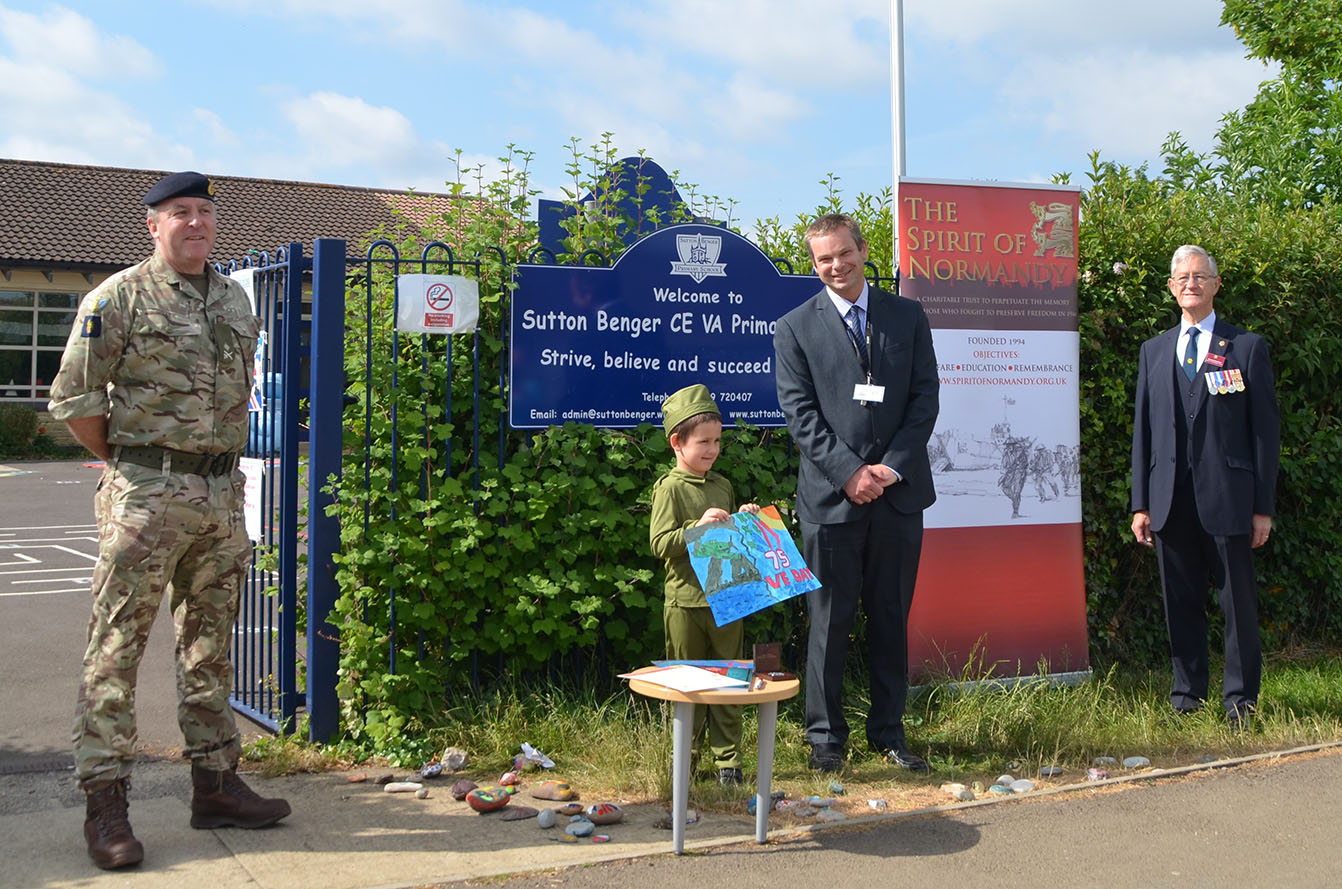 The charity organised the poster competition to keep young people engaged with VE Day after realising the COVID-19 pandemic meant many organised events had to be shelved.

They were delighted when they not only received online entries from across the UK, but also some from France and Luxembourg.

Chairman, Mr Palusinski, added: “The Trust was delighted with the range of entries and it was good to have brought young people and veterans together, albeit virtually. I am also delighted that Kyan’s achievement and selflessness has been recognised.”