During his speech at Govan shipyard, His Royal Highness revealed that the Duchess of Cambridge will be affiliated with the first in class, HMS Glasgow.

The first steel has been cut for HMS Belfast, the third ship in the Royal Navy’s fleet of next generation Type 26 anti-submarine frigates.

HRH Prince William, Duke of Cambridge, performed the honours at a ceremony held at BAE Systems’ Govan shipyard on the River Clyde. The steel cut marks the official start of build on the third of a class of eight Type 26 warships.

It represents an important milestone for the programme, the Royal Navy, UK defence and shipbuilding in Scotland. All eight frigates will be built by BAE Systems on the Clyde, sustaining around 1,700 jobs in Scotland and 4,000 jobs across the wider UK maritime supply chain.

After meeting BAE Systems staff and enjoying a tour of the first in class, HMS Glasgow, now on the hardstand of the shipyard, the Duke gave a speech in the fabrication facility before pressing the button to cut steel.

He announced that his wife, the Duchess of Cambridge, will be the Lady Sponsor of HMS Glasgow.

He said: “My family’s affection for the Royal Navy is well known and, as I saw the work taking place here today, I was thinking of my Grandfather, the Duke of Edinburgh.

“He’d have been fascinated and very excited to see such advances in skills and technology being put into practice.”

The Type 26 will be an advanced warship whose primary purpose is anti-submarine warfare to protect the Continuous at Sea Deterrent and Carrier Strike Group.

It is equipped with a range of capabilities including the Sea Ceptor missile defence system, a five-inch medium calibre gun, an embarked helicopter, medium-range radar and powerful bow and towed array sonars.

The vessels are also designed to reduce environmental impacts with features such as a hydrodynamically designed hull to optimise fuel efficiency and a diesel engine emissions abatement, which reduces nitrogen oxide exhaust.

DE&S Director General Ships, Vice Admiral Christopher Gardner, said: “Standing in the shadow of HMS Glasgow, which has been brought together on the hardstanding, with large parts of HMS Cardiff in construction around us, today’s steel cut for HMS Belfast is another significant milestone in the delivery of the eight-ship Type 26 class, itself part of the wider Global Combat Ship endeavour that we are part of along with Australia and Canada.

“This is a proud moment for everyone who has worked so hard on this strategic national programme, which sustains thousands of jobs across the United Kingdom and harnesses all of our skills and knowledge to produce the best possible ships for the Royal Navy.” 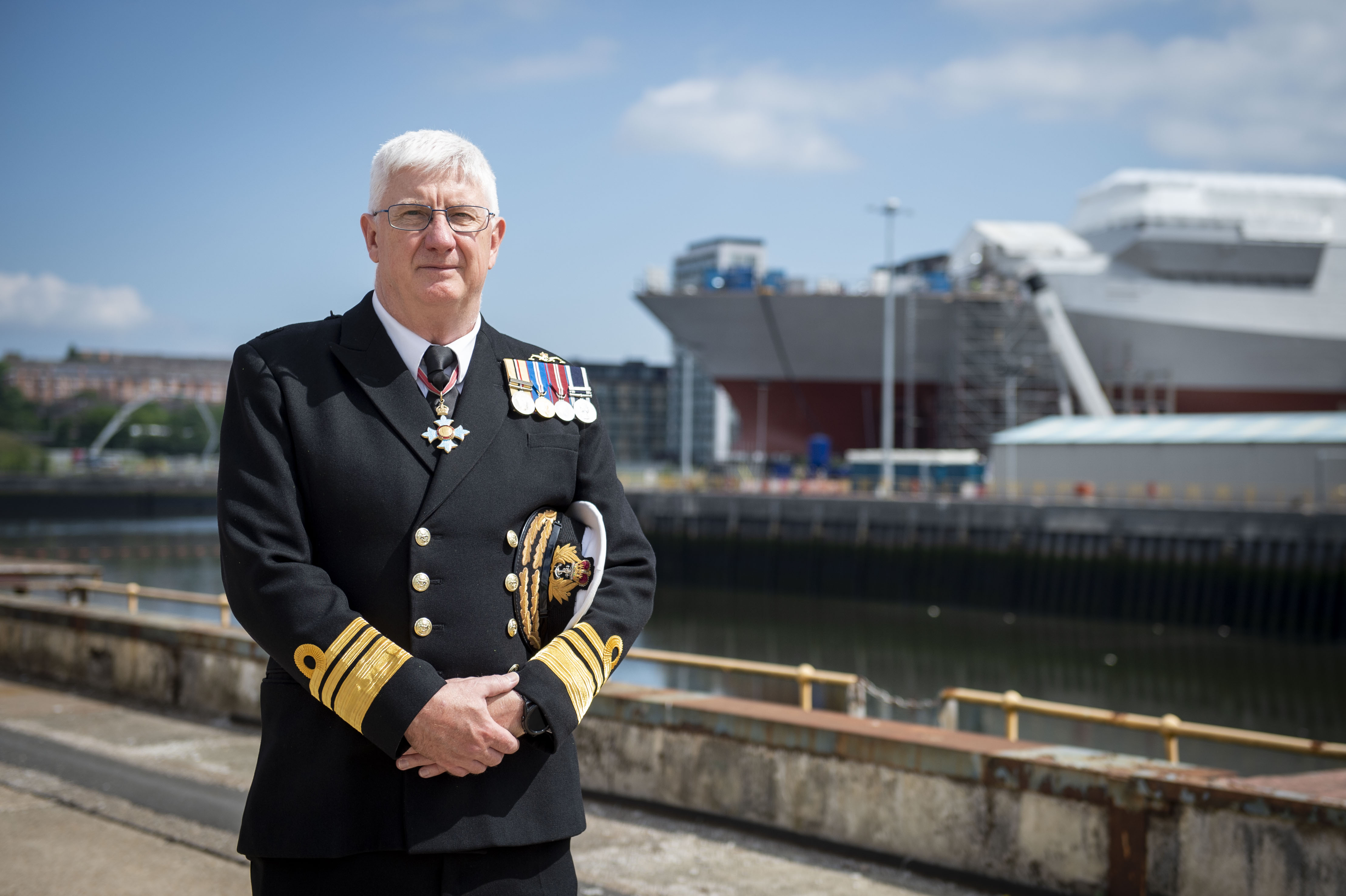 Its flexible design will also allow its weapon systems to be adapted throughout its lifespan to counter future threats. The development of the Type 26 benefits from the latest advances in digital technologies, including 3D modelling and virtual reality, which ensures the ship’s design is refined earlier in the process.

The design has achieved international export success, with nine Australian Hunter Class and 15 Canadian Surface Combatants based on the Type 26, representing a significant long-term opportunity for all three nations to work together to exploit supply chain efficiencies and interoperability on operations.

Designed for a service life of at least 25 years, Type 26 will serve in the future Royal Navy surface fleet into the 2060s. 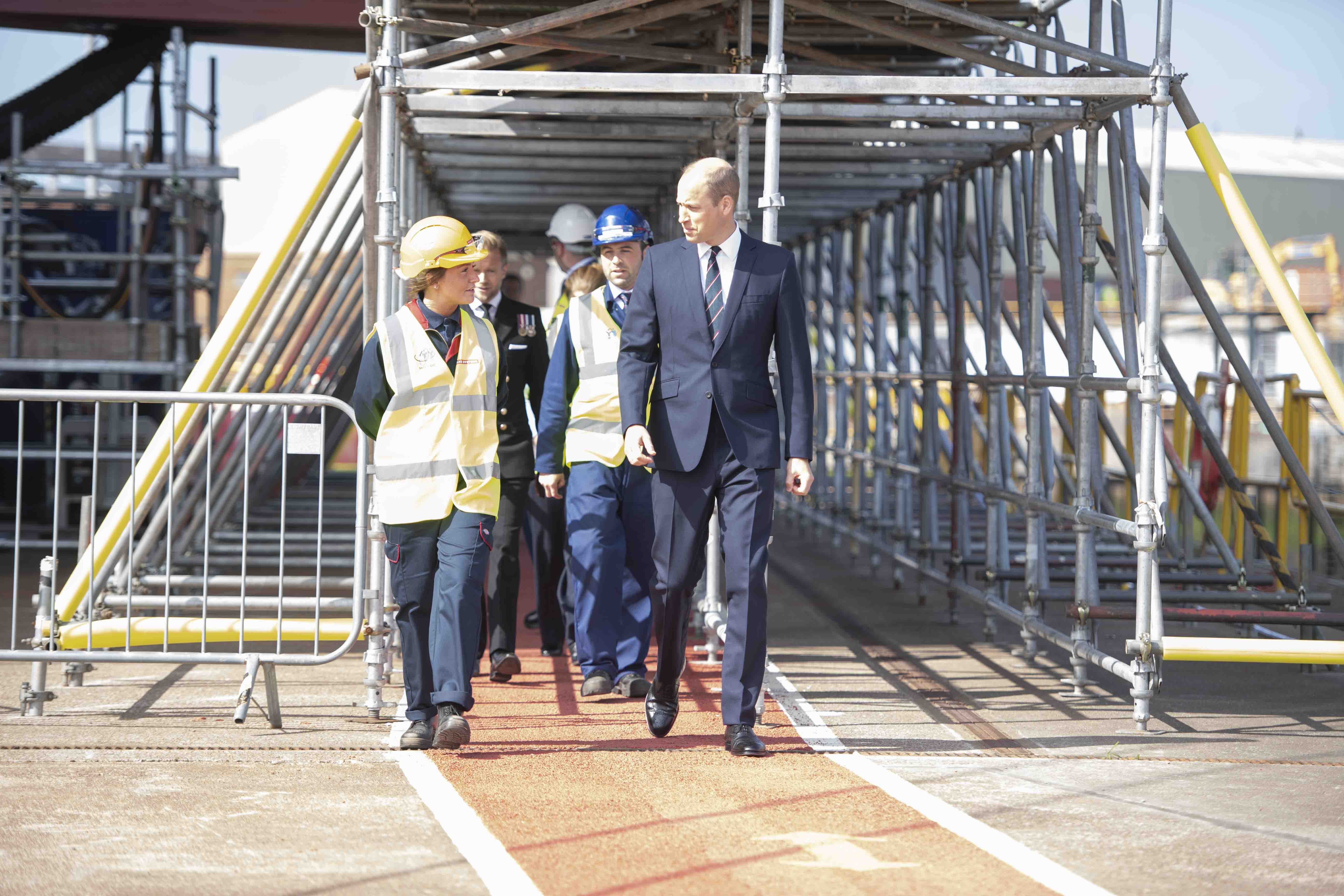