The Artillery Systems team in Land Equipment is rolling out an updated, innovative, sensor-to-shooter digital system that is able to transfer strategic operational commands between nation forces in seconds.

The Fire Control Battlefield Information System Application (FC BISA) is a Command, Control, Communications, Computation and Intelligence system (C4I) that generates firing data for artillery and mortars. It operates on the Bowman ComBAT Infrastructure and Platform (BCIP) system and is supported by CGI IT and Business Consulting UK ltd.

The team is working with the Artillery Systems Co-operation Activities (ASCA) network – a community of allied forces – to build new software into FC BISA that will allow the British Army to share information with other forces and allow them to identify and fire at hostile targets between them.

“The data transfer is almost instant but there are built-in safety features which means that before any shots are fired, the information is checked and verified by a safety officer first. Safety is key throughout this process”

It will be used across the Multiple Launch Rocket System (MLRS), the AS90 self-propelled gun, the light gun and mortars, which are weapon systems used by the infantry for close-support firing.

Michael Constable, FC BISA project manager, said: “This is a digital system which transfers information from the soldier or sensor to gather intelligence on the whereabouts of a target to a weapon system which the Royal Artillery or infantry will use to destroy said target.

“The data transfer is almost instant but there are built-in safety features which means that before any shots are fired, the information is checked and verified by a safety officer first. Safety is key throughout this process.

“The introduction of the ASCA network will allow full digital fires from sensor to shooter across national digital boundaries quickly and safely with no language barrier.”

The Royal Artillery Trials & Development Unit (RATDU) is the lead user in the development of FC BISA v4 and the ASCA programme. Since re-joining the programme and becoming full members in 2018, the UK fielded an ASCA terminal for the field Army in December 2019 and are now in the process of developing the next version. 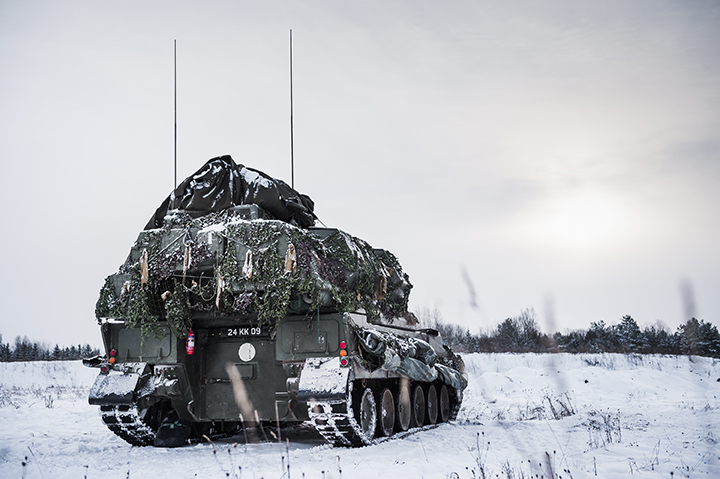 Michael added: “The success of this is down to a close working relationship with Artillery Systems and industry as well as working more closely with other nations, all of which are taking the same steps as the UK to develop their systems.

“When developing a fire control system for the end user, as well as interoperability, it’s the exchanges in ideas and interpreting a task from different perspectives, from industry and our allies, that shapes how we move forward.”

FC BISA was first brought into service with the Royal Artillery in 2008 and was designed to be a fully networked and interoperable digital fires capability. This latest iteration of the system – version 4 – is being introduced in line with capability updates to the software which is used across the BOWMAN BCIP 5.6 system.

The first tranche of updates have already been introduced to limited systems and the second and third tranches are expected to be introduced in Spring 2021 and Summer 2022 across the entire BICIP 5.6 network.