The new fleet are undergoing test flying at Wattisham Airfield.

DE&S has secured a long-term training and support solution for the new fleet of Apache helicopters.

More than a dozen AH-64E Apaches – one of the most advanced attack helicopters anywhere in the world – are undergoing test flights with the British Army.

Wattisham Flying Station took delivery of 14 of the aircraft in recent months, with 36 more due to arrive by summer 2024.

A 20-year agreement has been signed with Boeing Defence UK to maintain and support the new fleet.

With £287 million confirmed for the first period of the contract, in place until July 2025, the agreement will create more than 200 jobs in the UK, including 165 for the Army Aviation Centre at Middle Wallop in Hampshire and 45 at Wattisham Flying Station in Suffolk.

The Long-Term Training and Support Service (LTTSS) will progressively take over from the initial support and conversion training provided by the US Government under Foreign Military Sale interim arrangements.

Director Helicopters Keith Bethell said: “Ensuring the new Apache AH-64E fleet is airworthy and ready to serve the British Army is essential, which is why we were delighted to negotiate a long-term training and support service with Boeing Defence UK as part of our Rotary Wing Enterprise involving the services, DE&S and industry.

“There can be no doubt these impressive Apache helicopters will help the Army sustain its battle-winning capabilities in future operations.”

Keith added: “Not only will it keep the Apaches in the best possible condition for deployment, it will provide expert training for pilots and ground crew while creating long-term, sustainable jobs for industry.”

The Apaches have improved sensors and lethality, upgraded weapons systems and heightened communications compared to their predecessors, the Mk1s.

They boast a top speed of 300kmh (186 mph). They can detect 256 potential targets at once, prioritising the most urgent threats within seconds, up to a range of 16km (10 miles) away.

DE&S Apache delivery team  leader, Col Craig Sweeting, said: “Seeing the Apache flying today is absolutely incredible. It’s been a really long road for the team actually, so to see all that coming to fruition by both having the aircraft flying, and knowing that that long-term training and support contract is now in place we can focus now on really delivering what the customer, the Army, needs.” 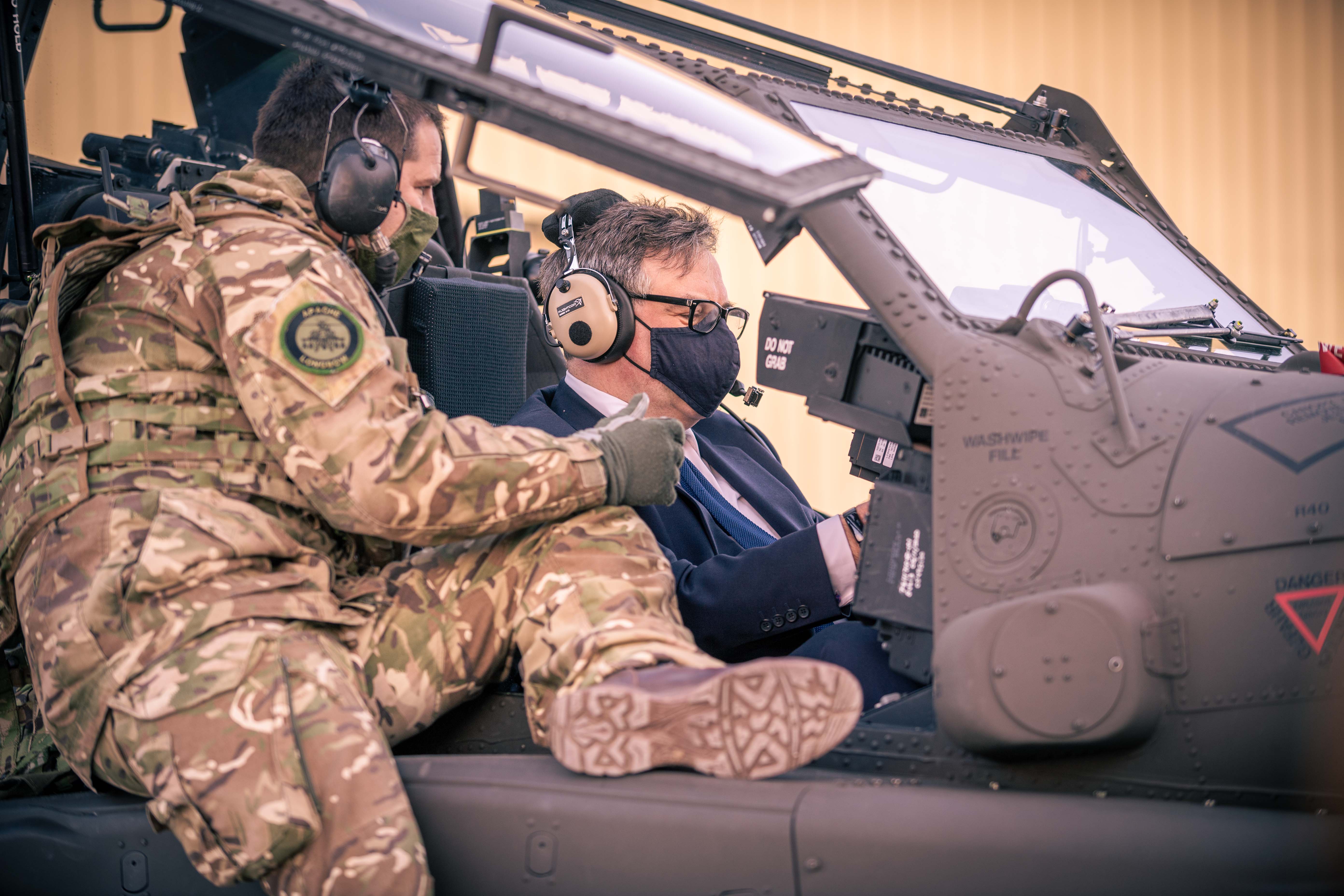 Minister for Defence Procurement, Jeremy Quin, said: “There can be no doubt these impressive Apache helicopters will help the Army sustain its battle-winning capabilities in future operations. In addition to its vital defence purpose, this cutting-edge technology will create and support hundreds of UK jobs.”

The Army has been using the world-leading Apache capability since 2005, with the attack helicopters used in Iraq, Afghanistan and Libya.

This programme reinforces the ambition laid out in the Defence Command Paper and recent Future Soldier announcement to transform the Army into a more agile, integrated, lethal, expeditionary force, showing the Army’s investment in battle-winning technology.

The Deputy Chief of the General Staff, Lieutenant General Sir Chris Tickell KBE, said: “I am delighted at the introduction of the AH-64E into British Army service, signifying our commitment to investing in the right equipment for our people to compete and win against the threats facing the UK.”