DE&S have awarded a £46 million contract with UK industry to provide rapidly deployable bridges for the British Army.

WFEL, based in Stockport, have been contracted to provide 17 sets of its MGB Medium Girder Bridges which can be configured in several different ways to provide flexibility to the Commander on the ground.

They will be deployed by the Royal Engineers in both military operations and emergency disaster relief scenarios.

The signing of the contract will also provide continuing employment for 50 direct WFEL production related personnel and is expected to create an additional 15 to 20 skilled and production support jobs.

It’s also estimated that it will secure a further 100 jobs in the supply chain in the North of England and Scotland.

The contract was placed by the Operational Infrastructure Team within Land Equipment at DE&S.

“I am extremely proud of the team who have worked tirelessly with industry to ensure the British Army are provided with an exceptional bridging system that can be utilised at pace during both military operations and for humanitarian relief.”

“This £46 million contract of new military bridges not only secures jobs within Stockport, but also supports significant numbers of jobs in the wider UK supply chain.

“These bridges provide our Armed Forces with vital capabilities in both military and disaster relief operations.”

“The MGB will provide light weight medium gap capability to Very High Readiness forces and will form a significant element of the STRIKE Brigade’s manoeuvre support capability. MGB was chosen for its versatility and deployability to meet the challenges of the future integrated operating concept.” 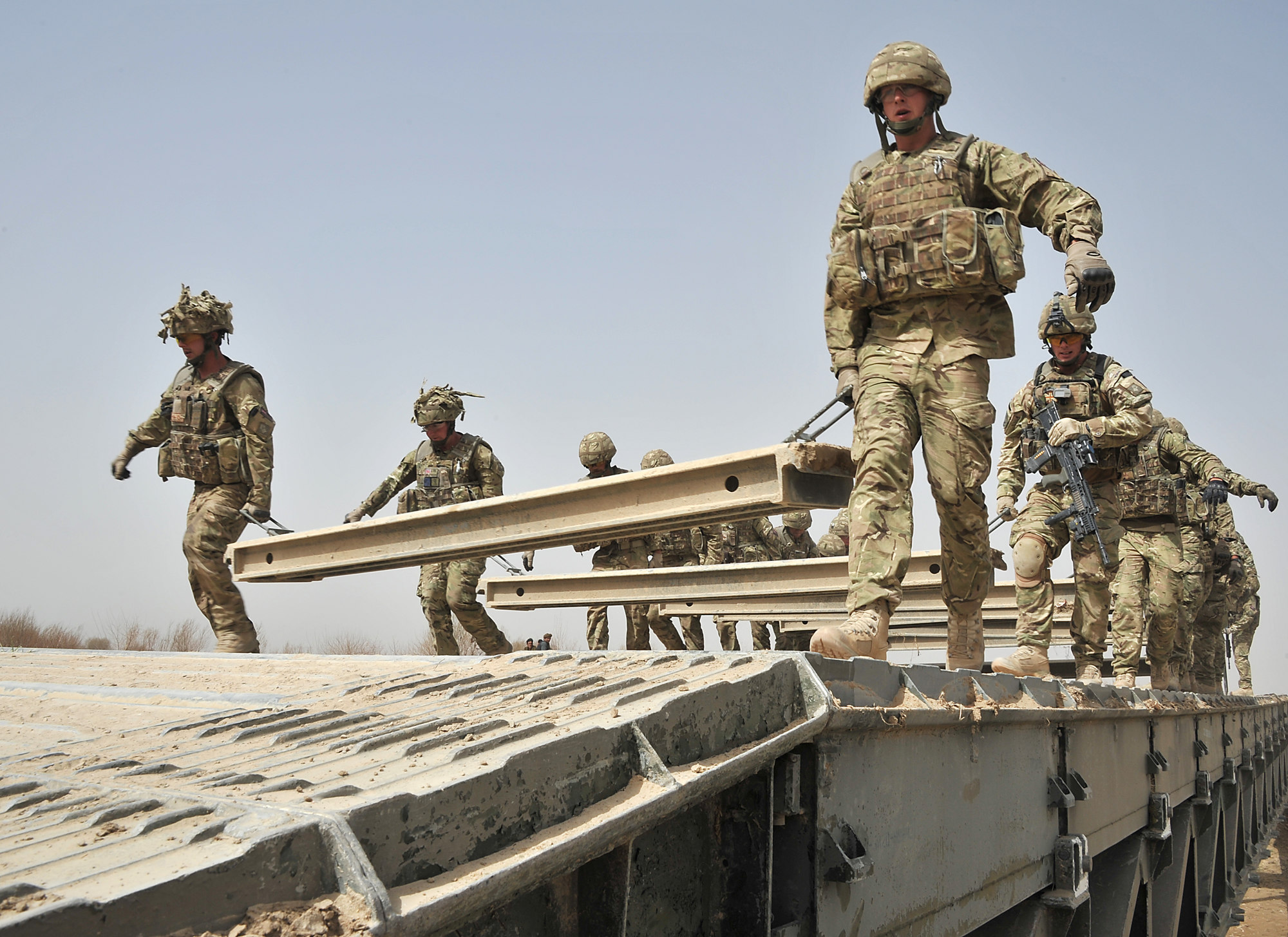