School children from across Bristol got to see state-of-the-art body armour and robots at first hand when they were welcomed inside the doors of the Ministry of Defence’s procurement organisation.

Each has been asked to consider the question: “If you were an engineer, what would you do?” for the competition that aims to inspire future generations to pursue a career in Science, Technology, Engineering and Maths (STEM) subjects.

Once down on paper the competition entries will be shortlisted with one of the winning designs made into reality by engineers from The University of the West of England (UWE Bristol).

On show at MOD Abbey Wood was kit used by the armed forces including a nano surveillance helicopter and a bomb disposal robot, while cutting-edge research projects, including interactive lego robots and a wind turbine activity were also provided by DE&S partners, UWE Bristol.

“The partnership between ourselves, DE&S and UWE has been one that has inspired children across the region with the possibilities that engineering offers.”

As part of the Ministry of Defence, DE&S employs around 11,500 people around the UK and overseas including 3,200 engineers to buy and support all the equipment and services for the Army, the Royal Navy and the Royal Air Force.

“We were proud to support the Primary Engineer Leaders Award for the first time last year, and it was a great success.  This year we want to build on that foundation, strengthen our ties with the schools, pupils and teachers with the aim of encouraging more of the region’s school children to be curious about technology and one day to be enthralled about engineering.”

“The partnership between ourselves, DE&S and UWE has been one that has inspired children across the region with the possibilities that engineering offers.

“Through the Leaders Award project children look for problems often mending things that aren’t broken, an engineering skill! Often tackling problems big and small, but with meaning for them personally. It clearly demonstrates that engineering is not only full of Maths and Science but also creativity, observation and empathy and we are looking forward to being inspired with this year’s entries.”

Ruby, age 11, from May Park Primary School in Bristol, said:

“It’s been really interesting learning about how they make the pieces of kit, where they start from with the invention and planning. I like how we have been able to see lots of different equipment here to also help with our ideas. I don’t know what I might design yet, but it will probably be something that helps people.”

“We are proud to be part of this excellent initiative, which is opening the eyes of school pupils to the numerous ways in which engineering makes a real difference to society and inspiring them to get creative and come up with the engineering designs of the future.

“Our UWE engineering students will actually be constructing designs put together by the school pupils, helping them to see their ideas in practical terms. This gives the pupils a real insight into the process behind designing and manufacturing a product.”

Registration for the Leaders Awards opened in September with the winners due to be announced in June 2019. Schools can register at www.leadersaward.com. 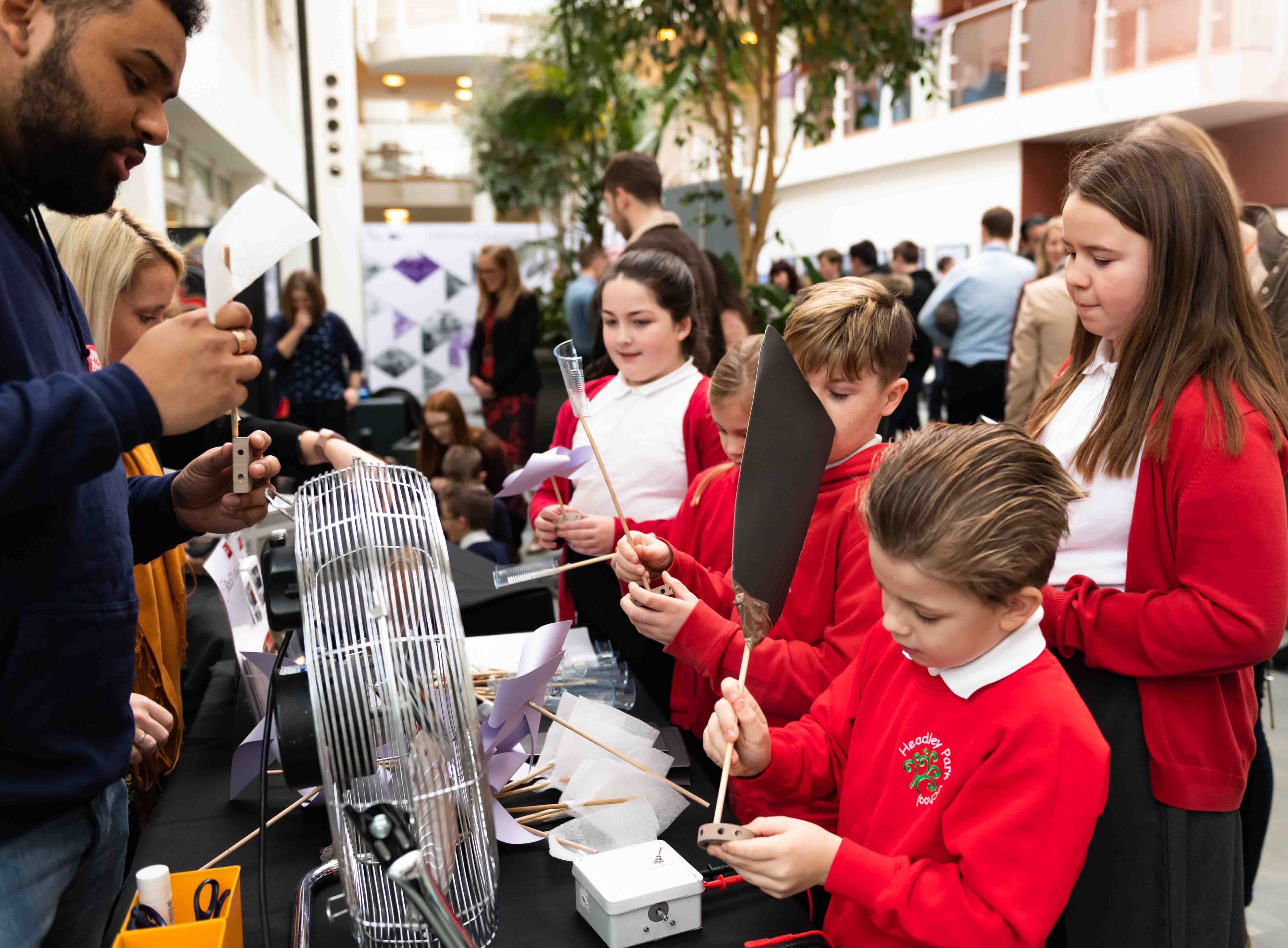 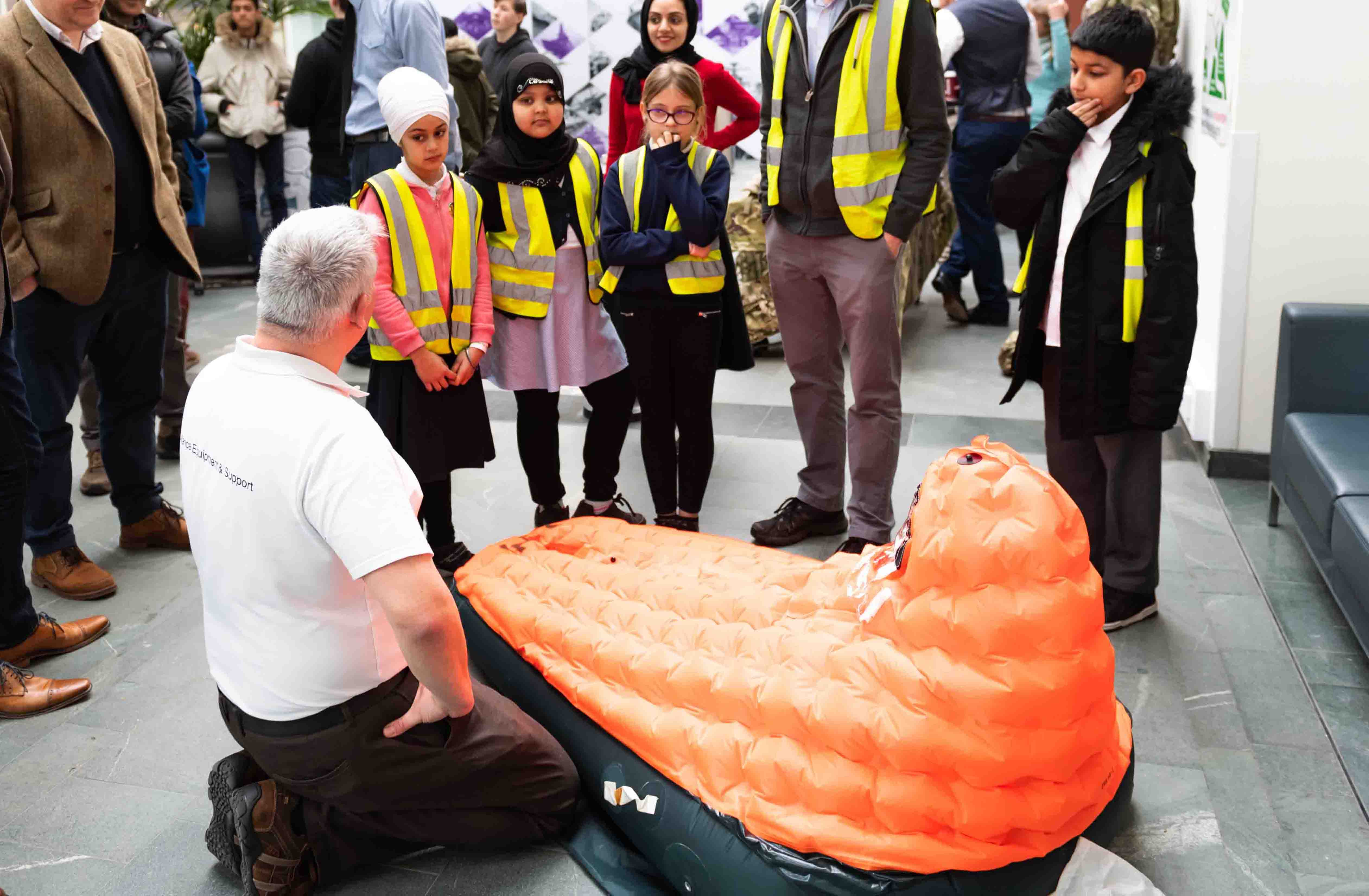 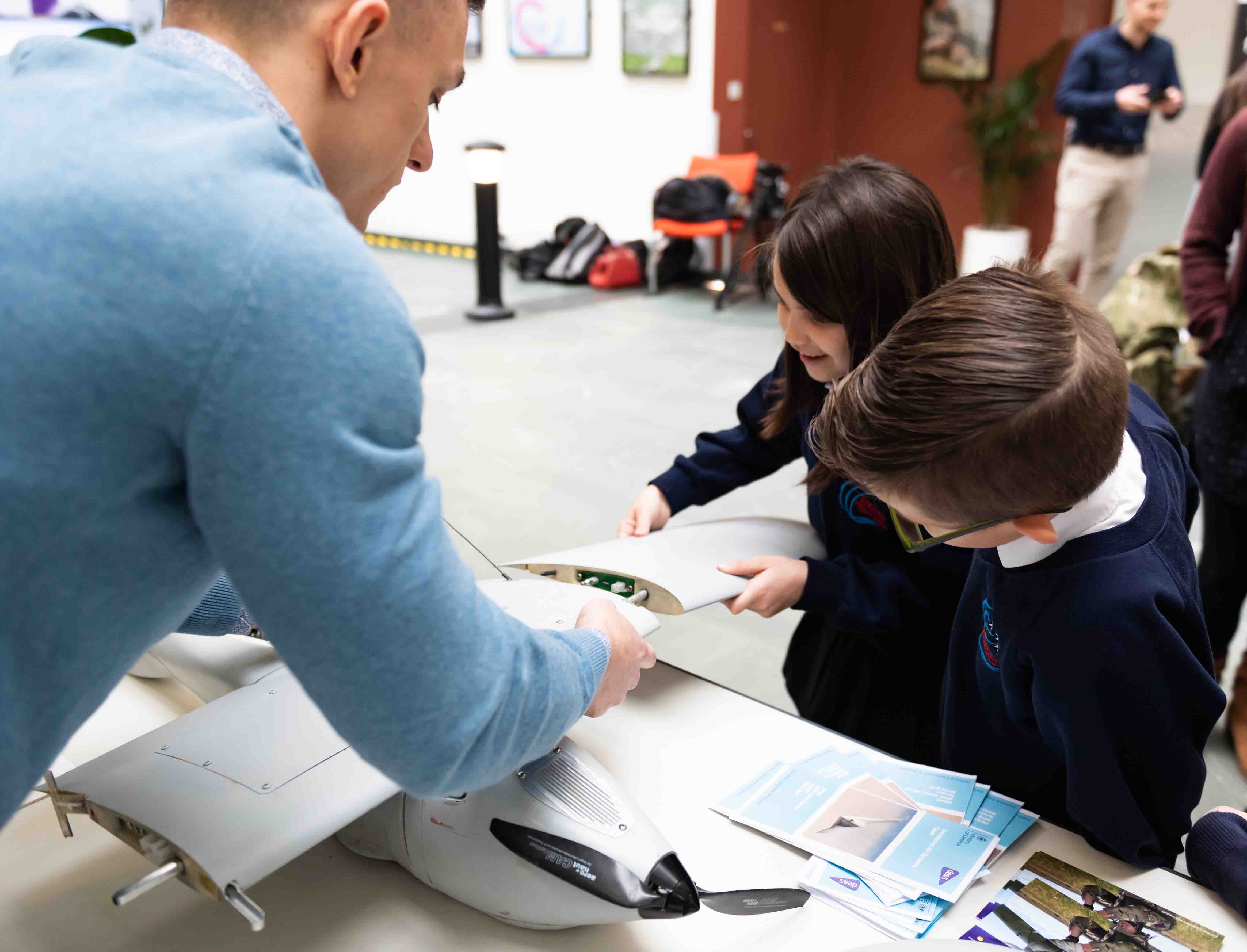 Thrust Max Speed Max altitude Troops + Crew Span Length The instantly-recognisable Chinook helicopter has been providing essential support to UK troops on operations all over the world for three decades. Chinook at a glance The UK operates 60 Chinook twin-rotor aircraft, based at [...]