“It can be tricky sometimes to make that leap from the military into your first civilian role. The application process for the Military Transition Scheme at DE&S is more informal which helps to eliminate these barriers.”

We recently spoke with Graham about retiring from the Royal Navy and joining Defence Equipment & Support through the Military Transition Scheme. 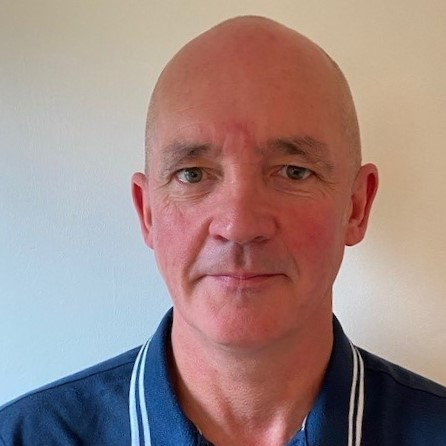 How did you hear about the Military Transition Scheme at DE&S?

I heard about it through a colleague who put me in touch with DE&S to find out more information. Providing equipment for the UK’s armed forces, DE&S is a natural fit for military leavers looking for a civilian job.

As I live in East Yorkshire, DE&S’ ‘Smarter working’ work from home policy really opened my eyes to the possibility of working for them as there is the possibility to balance working at the Bristol headquarters and working from home.

What challenges were you faced with in looking for a job outside of the armed forces?

When I decided to leave the military, I applied for a few roles but was struggling to make it through the CV sift stage. It can be tricky sometimes to make that leap from the military into your first civilian role and I know others have experienced the same. There’s been interviews I’ve had where my CV has passed with flying colours, but the various tests you have to do for some organisations can be a barrier without experience in a traditional office job. The application process for the Military Transition Scheme at DE&S is more informal which helps to eliminate these barriers.

What are the benefits of joining DE&S via the scheme?

The Military Transition Scheme (MTS) is a really great initiative because it supports military leavers in quickly transitioning into a role in the Civil Service. You join on a 23-month fixed term appointment and use the skills you’ve gained during your military career and fill the necessary gaps in experience to be able to successfully apply for a permanent position. Training is provided in writing a great CV and you can get coaching for interviews, too. You’ll also be assigned a development officer, and a buddy if you want one, to give you extra professional and personal support as you start your new role.

Transition to a civilian career

If you are a military service leaver looking for your first career step in civilian life, we’d love to hear from you.
Military leavers

What did you do in the military? Does that support with your role on the scheme?

I worked for the Royal Navy, specialising in Unit Maintenance Management Systems. It’s the system used to monitor the maintenance of equipment on ships, on a daily and weekly basis. I’m just about to leave this role and through the MTS, I’ll be joining the Salvage Marine Operations (SALMO) team, as a level 2 engineer in this job looking after dive equipment. The work of the team has expanded to now encompass what’s known as Underwater Warfare, which includes divers, dive equipment, old auxiliary equipment, transportable decompression chambers, portable breathing apparatus, compressors, and lifting bags. I’ve had many years working with divers so it is a great role for me.

Once you’ve started the scheme, what’s the next step for you?

As I head towards the end of the scheme I’ll be able to apply for a permanent job at DE&S. This might be a continuation of the role I am in at the time or I could look to move to another team. It will depend what opportunities are available. There are often recruitment campaigns for engineering positions so I may apply for one of those. The experience gained via the scheme will put me in a good position to apply for a permanent role.

How are you feeling about joining SALMO at DE&S?

I’m excited. What’s nice about it is the fact that I’ve spent about 10 years working with the diving team in the Royal Navy, so it’s quite likely I’ll still be in touch with some people I’ve worked with during my time there.

Want to find out more about what DE&S can offer service leavers? Visit our Military Leavers page.