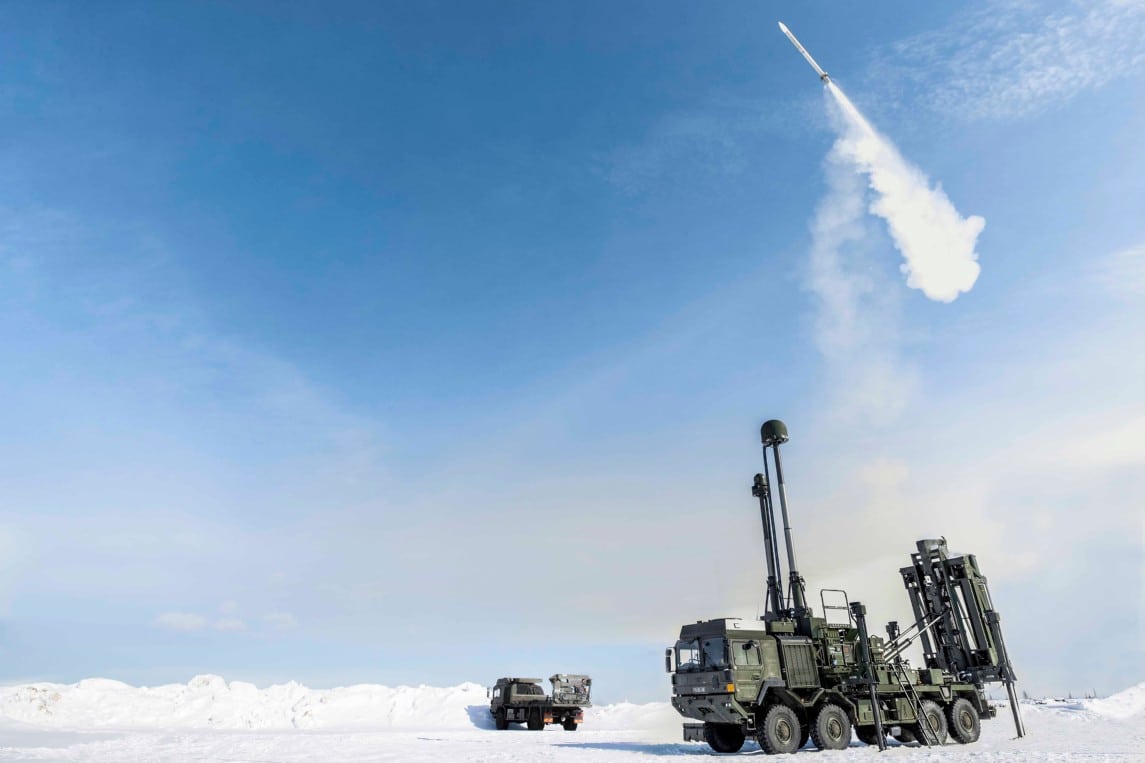 A brand-new missile system at the heart of the British Army’s future air defences has completed its first successful firing trials.

Trials of the new Land Ceptor weapon took place close to the Baltic Sea on a Swedish test fire range, with video footage showing a missile being launched from a vehicle and destroying an aerial target in a display of the new weapon’s accuracy and power.

Land Ceptor is highly mobile, can be rapidly deployed across challenging terrain, and be brought into action in less than 20 minutes.

From the same family of weapons systems as Sea Ceptor, which will defend the Royal Navy’s Type 23 and Type 26 Frigates, Land Ceptor will provide the stopping power within the cutting-edge Sky Sabre air defence system, and will equip 16th  Regiment, Royal Artillery.

“This trials firing is an important stepping stone towards bringing Land Ceptor into service with the British Army as part of the wider Sky Sabre air defence system. Land Ceptor performed as expected and the firing has helped us to verify innovative modelling of overall system performance.

“The DE&S project team, based in Bristol, will continue to work closely with our suppliers to ensure this cutting-edge system provides an effective shield for UK troops as they, in turn, protect the UK’s security and interests.”

The success of the Land Ceptor trial in the wake of Sea Ceptor entering service with the Royal Navy this week proves CAMM’s effectiveness both in the land and maritime environments.

The trial, which followed previous munitions tests, was the first time Land Ceptor had been test-fired as a whole system, including the cutting-edge SAAB Giraffe radar.

The development and manufacture of Land Ceptor is enabled through a £250 million contract between Defence Equipment and Support (DE&S) and MBDA. Work to develop both Land Ceptor and Sea Ceptor is sustaining 760 MBDA jobs in the UK.

“Blasting from troop-driven trucks, these missiles can rip through the skies and demolish airborne targets with extreme speed and precision. Having proven their power in these Artic conditions, Land Ceptor will be a formidable battlefield barrier, stopping munitions and enemy aircraft in their tracks so our soldiers can continue to fight for the UK.”

Land Ceptor has far greater battlefield awareness and intelligence than the current Rapier system as its engagement range is three times greater and the Giraffe radar and Rafael Battlespace Management Command, Control, Compute, Communicate and Inform (BMC4I) system within Sky Sabre will be able to observe incoming threats from seven times further away.

The missiles can be launched in quick succession to defeat as many as eight different threats at once, even if obstacles such as trees and terrain are in the way.

The system will now undergo further development and trials before Sky Sabre enters service, in the early 2020s.