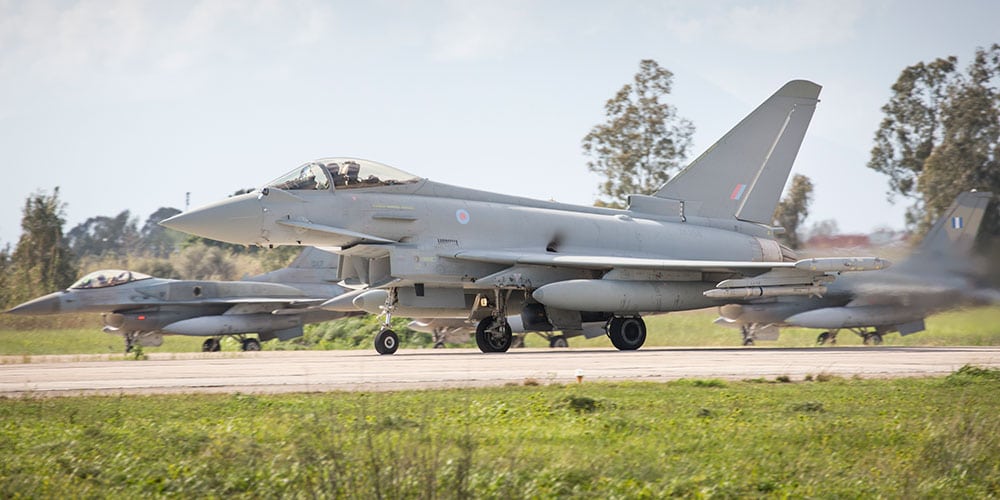 The ultra-accurate Brimstone  already has a successful track record, playing a critical role from Tornado figher jets in the fight against Daesh in Syria and Iraq, and the deal will now see the missile upgraded to become compatible with Typhoons.

The £400 million Brimstone 2 Capability Sustainment Programme with MBDA UK will also build new equipment to support the capability and develop a stockpile of weapons available for operations, creating around 130 brand new jobs and sustaining hundreds more across the country.

The Brimstone 2 CSP contract enables us to continue to deliver a world class air to surface missile in support of the RAF’s Typhoon Squadrons on operations worldwide.

It is excellent news not only for our troops but also for the UK economy, with jobs and skills being sustained across the country.

The new variation is being developed through the Brimstone 2 Capability Sustainment Programme will replace all earlier variants in 2022 and have an upgraded seeker, rocket motor, warhead and guidance system, making it an even more effective weapon.

The new missile will arm Typhoon when it takes over as the RAF’s principal ground-attack aircraft in 2019.

The work has created around 130 new jobs and sustains a further 270 existing jobs at MBDA’s sites in Stevenage, Bolton and across the company’s significant UK supply chain.

Brimstone is currently in use by the UK’s Tornado squadrons in Iraq and Syria as part of Operation Shader and has also been used on operations in Afghanistan and Libya.

“Our world-class defence industry is a key foundation on which our great military is built, and the weapons it produces like the pinpoint Brimstone missiles have been crucial in helping our fighter pilots on missions such as driving down Daesh territory in the Middle East. This massive £400m investment is a huge boost to the proud workforce equipping our Armed Forces and will create and protect hundreds of jobs across the country, bolstering both the power of the Typhoon jet and British prosperity.”

The programme will also allow the weapon to be further developed for use on future aircraft. Brimstone is among weapons being considered for use by the British Army’s new AH-64E Apache attack helicopters and the RAF’s next-generation Protector unmanned aerial system.