Deal will secure over 100 jobs in Belfast and provide the UK Armed Forces with a potent defensive ability.

The £93 million Future Air Defence Availability Project (F-ADAPT) was awarded to Thales UK Air Operations during Minister Andrew’s visit to Belfast today. The contract will secure over 100 jobs in the city and provide the UK Armed Forces with a potent defensive ability.

The project will enhance the High Velocity and Lightweight Multi-role Missile systems which are designed to intercept a wide range of air and surface threats such as enemy drones, helicopters and armoured vehicles. The upgrades include thermal imaging which ensures the High Velocity Missile system can be used 24 hours a day and ‘Friend or Foe’ identification, which will maximise intelligence on potential threats and targets.

The F-ADAPT, secured by DE&S, will ensure that this critical capability is maintained during peacetime training but can also be rapidly deployed for operations into the 2020s.

“The F-ADAPT is crucial in safeguarding our Very Short-Range Air Defence capability and the team at DE&S has worked collaboratively with industry to deliver the enhancements needed to ensure this project continues to support our troops for years to come.”

“Defence investment benefits every corner of our United Kingdom and Northern Ireland is no exception. This £93 million deal will secure over 100 local jobs and demonstrates the ingenuity and skill of Northern Irish industry.

“In these uncertain times, it is crucial we protect ourselves from the rapidly evolving spectrum of global threats. These cutting-edge missile systems will fortify our military advantage over adversaries and help protect UK Armed Forces across the world and into the next decade.”

Thales has a long and illustrious presence in Belfast dating back to 1936. Thales in Belfast is a world leader in the design and development of light weight weapons for tactical air, land and sea platforms.

The company has over 500 local employees and has benefited from hundreds of millions of investment from the Ministry of Defence in recent years. The Belfast office contributed to Thales UK’s record exports in 2017 which were worth over £500 million. The local economy also benefitted from a £6 million investment from Thales Alenia Space in 2016 which transformed the capital city into a global centre for excellence in electric propulsion systems. 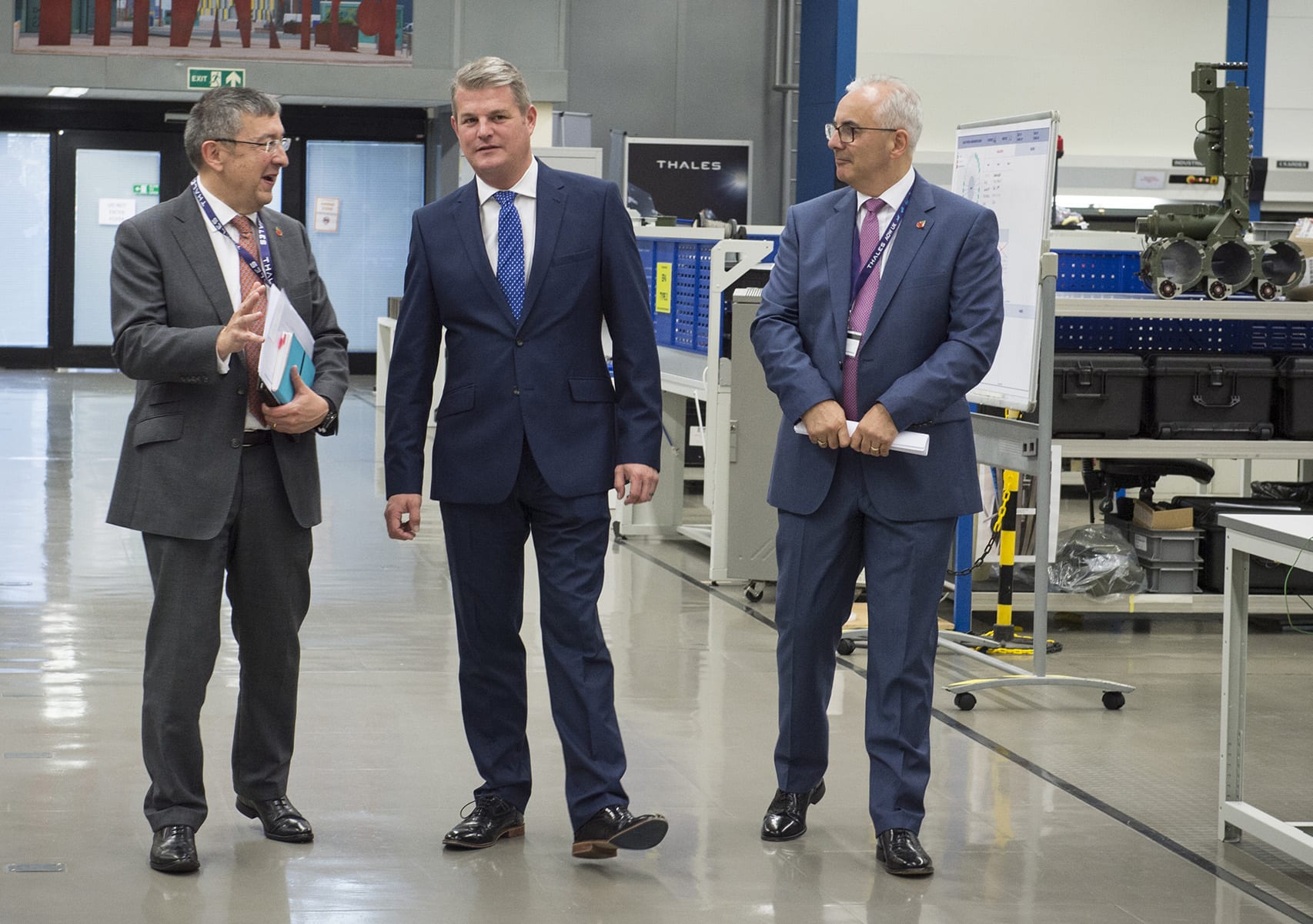 Northern Ireland plays an important role in UK defence, providing over 4,000 regulars and reserves to the armed forces, supporting over 600 industry jobs and is renowned for its defence manufacturing industry.

Industry has committed to more than double its revenue from the aerospace, defence, security and space activities in the region to over £2 billion a year. Northern Ireland companies are part of the overall Ministry of Defence equipment and support plan to spend £180 billion over the decade to 2026-27 which will enhance prosperity across the UK.