UK troops will receive 60 amphibious all-terrain armoured vehicles to support operations in the harshest environments, as part of a trilateral agreement announced today.

A total of 463 vehicles will be delivered by BAE Systems across three European partners – the UK, Sweden and Germany – with the engines for all FATVs produced by Cummins in Darlington.

The vehicles will be used by the Navy’s Littoral Response Groups – bespoke, highly-mobile amphibious task groups designed to react to crises in regions strategically important to the UK.

Capable of operating in the harshest weather conditions and most remote environments, the amphibious, multi-role, armoured vehicle will include variants of vehicles for troop transport, logistics, medical evacuation, recovery, and command and control. 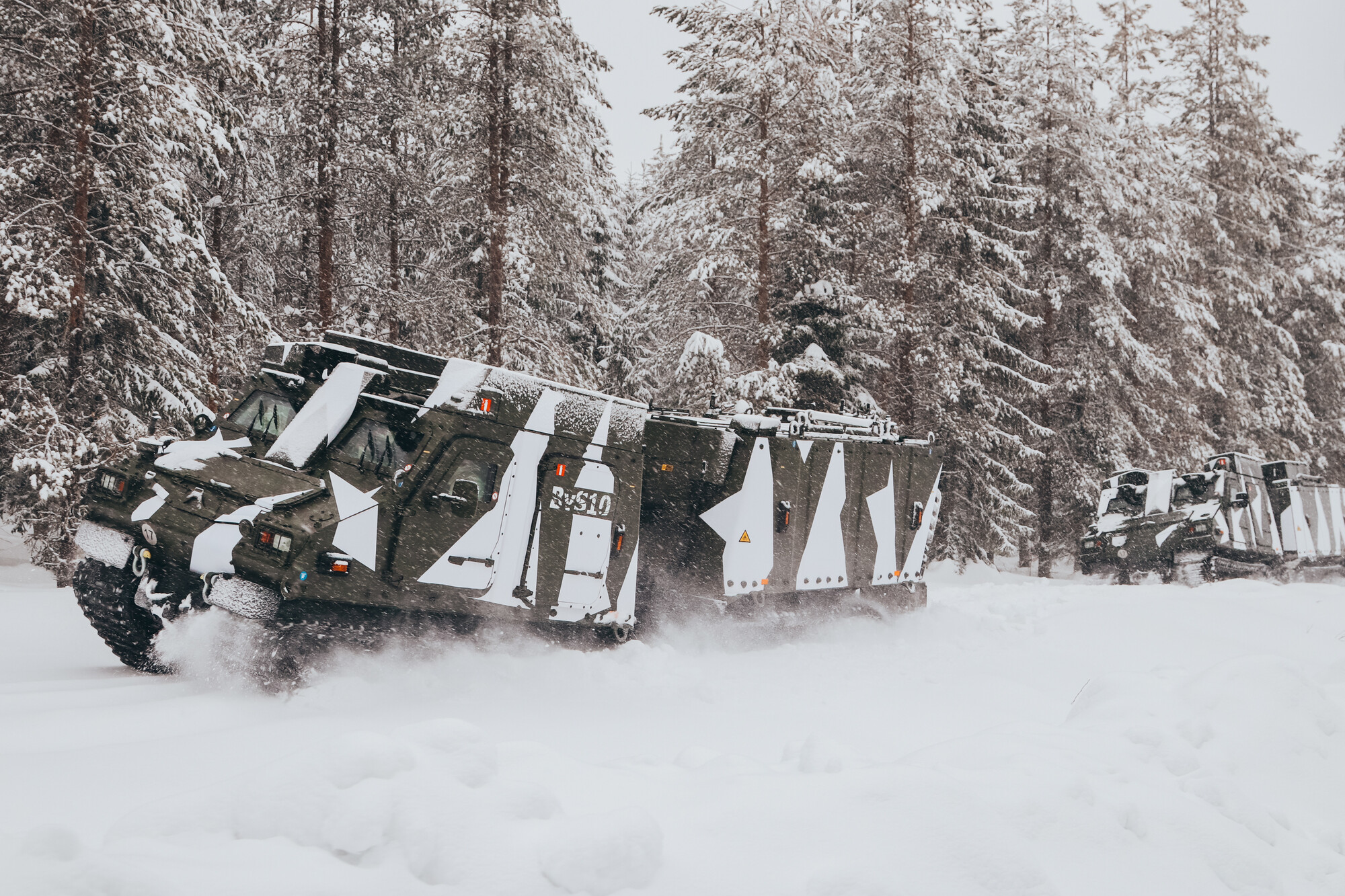 “This procurement will acquire an excellent, proven and highly relevant capability for the Commando Force that is fundamental to the Royal Navy Littoral Strike force today and into the future.

“The UK’s participation in this cooperative programme with Sweden and Germany highlights the continued collaboration with European nations, and supports UK prosperity through the manufacture of all CATV engines in County Durham.”

“We continue to equip our Armed Forces with the most mobile and resilient capabilities, to support them in operations around the world and Future All-Terrain Vehicles for the Royal Navy are another example of this

“This tri-lateral agreement with Sweden and Germany only serves to strengthen key alliances and improve interoperability.”

Working alongside our European and Joint Expeditionary Force (JEF) Arctic partners in the High North, FATVs will be in-service until 2058, replacing the BV206 tracked and older BvS 10 ‘Viking’ models. Their articulated mobility systems provide optimal manoeuvrability across varying terrains so they can traverse snow, ice, rock, sand, mud or swamps, as well as steep mountain environments. The vehicles’ amphibious feature also allows them to swim in flooded areas or coastal waters, and a logistics variant can carry 6 tonnes of equipment.

“The signing of the CATV contract is great news for UK Defence and for Commando Forces. This is a unique capability – fundamental for Commando Forces that are expert in operating in the extreme cold weather and across the littoral. The vehicle boasts a number of characteristics that make it perfect for the Future Commando Force: it is adept over snow, has amphibious swimming capability and protects its occupants from several threats.

“Progressing to contract is a clear statement of the UK’s strong commitment to High North and to working alongside our NATO and JEF partners.”