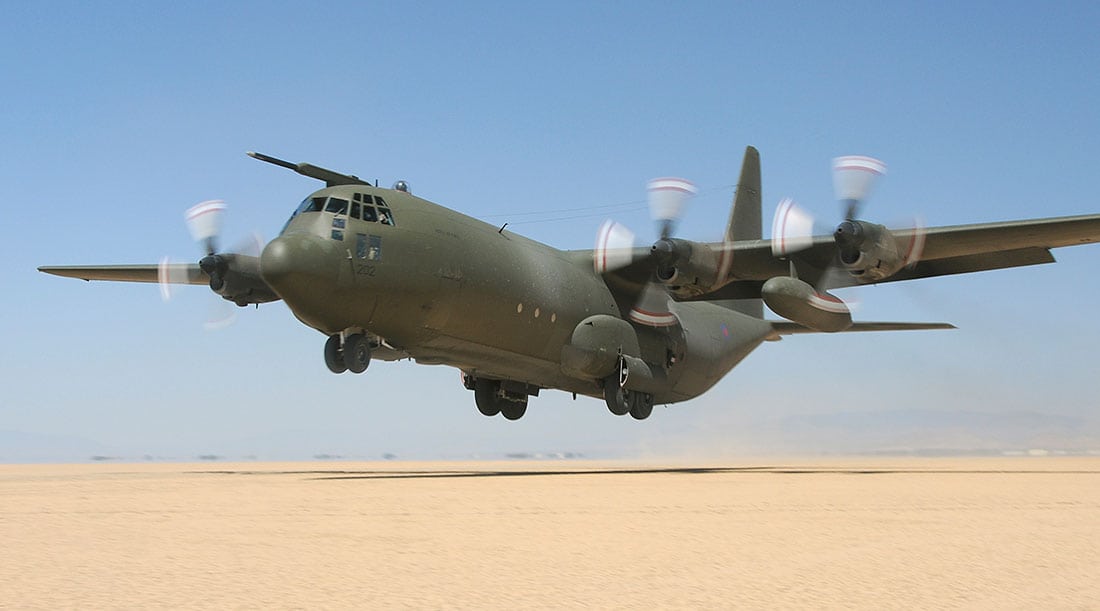 The deals will sustain 330 British jobs and help the RAF to continue to perform at its best by improving training for fast jet pilots and making sure the Hercules C-130J aircraft can continue to support the UK’s Armed Forces around the world.

These contracts demonstrate our commitment to supporting the UK’s air power, through maintaining battle proven aircraft and training the next generation of fast jet pilots.

This substantial investment will ensure our Air Force can continue to perform at its very best. Backed by our rising defence budget and £178 billion equipment plan, these contracts will sustain high skilled jobs in Britain and ensure that our Armed Forces have the best equipment and training available to keep the UK safe.

The first contract, worth £110 million, is with British company Marshall Aerospace and Defence Group. It will replace the centre wing box for the RAF’s Hercules C-130J aircraft and will sustain 330 jobs in Cambridge, contributing to the 5,100 UK jobs Marshall already support in the region.

I am proud to say that this milestone has been delivered on time and, through stalwart efforts on behalf of the technical and commercial project team members, under budget.

The placement of this next increment to the contract with Marshall Aerospace and Defence Group has secured the necessary production slots for the RAFs new wing boxes with Marshall’s sub-contractor for this project, Lockheed Martin Aeronautics.

This is a major milestone which will ensure the wing boxes were ordered in a manner which allows them to arrive in time to align to the aircrafts maintenance cycles, thereby making sure the aircraft remain available for front line service during this extensive modification.

This replacement will extend the Hercules C-130J aircraft’s out of service date to 2035, making sure this essential aircraft can continue to transport personnel and equipment around the world, having previously supported defence and humanitarian relief efforts in Iraq, Nepal and South Sudan.

The MOD has also signed a £9.5 million contract with QinetiQ to provide Typhoon pilots with the latest cockpit technology to prepare them for front line combat.

With the nature of global conflict ever evolving, it’s vital that the Armed Forces are trained effectively to deal with a variety of scenarios. This technical update will give Typhoon crews based at RAF Lossiemouth and RAF Coningsby the ability to link to the Air Battlespace Training Centre at RAF Waddington and undertake 10 weeks of simulated battle training a year in the latest cockpit and simulated training technology.

The trainee aircrew will be exposed to state-of-the-art, simulated battlefield situations and the training facilitators can develop scenarios, provide mission management support and post mission debriefs, ensuring the crews will be best prepared for deployment.

I am proud to say that this milestone has been delivered on time and, through stalwart efforts on behalf of the technical and commercial project team members, under budget.