The Royal Navy’s Merlin helicopters are tasked with anti-submarine and anti-surface warfare as well as troop carrying, casualty evacuation and medium lift and search and rescue duties. 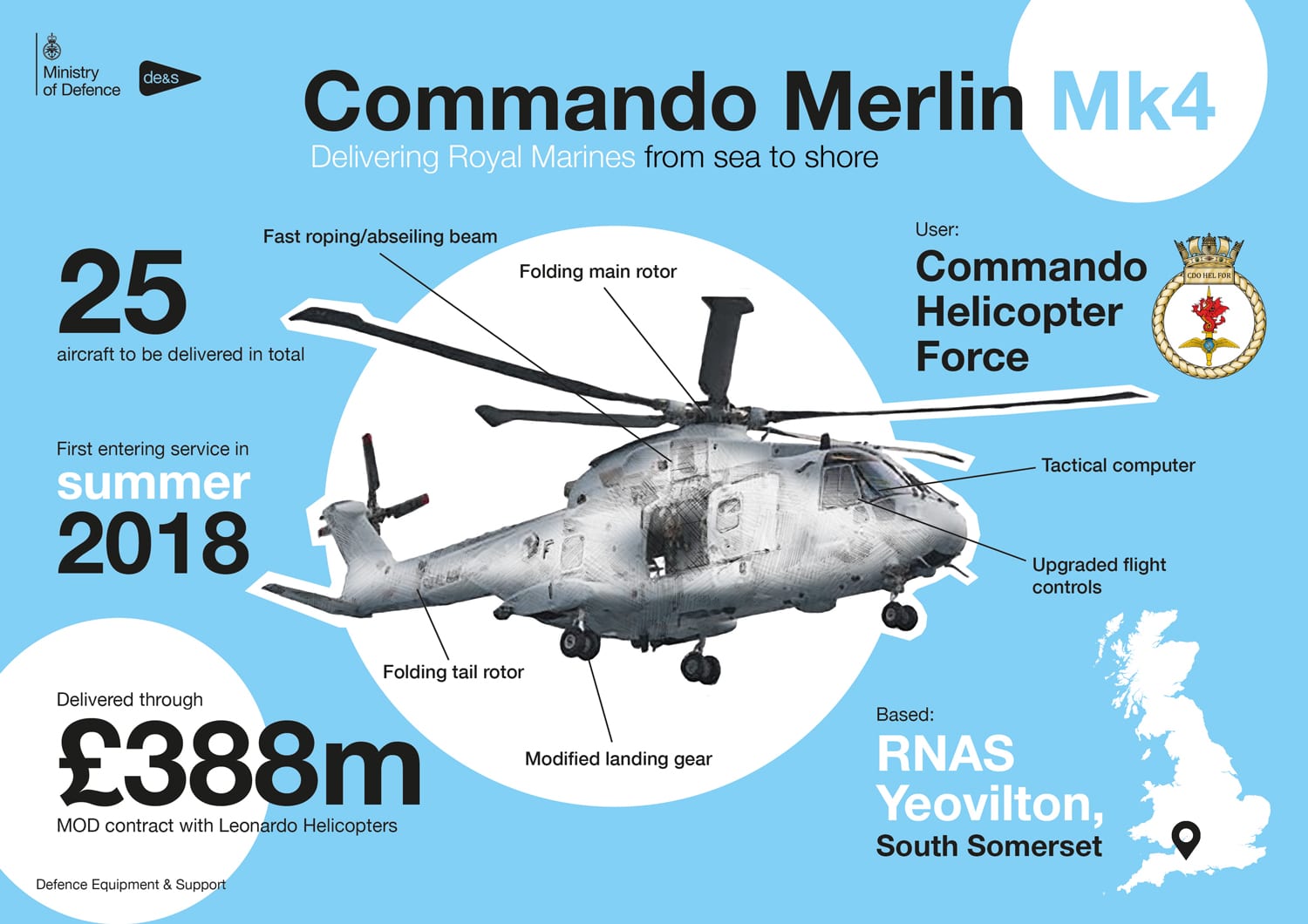 “The DE&S team is proud to be supporting this versatile and highly-capable aircraft for the Royal Navy as it continues to defend the UK’s interests at home and overseas.”