The British Army uses a number of artillery systems to support UK operations, including the L118 Light Gun and the M270 Multiple Launch Rocket System. 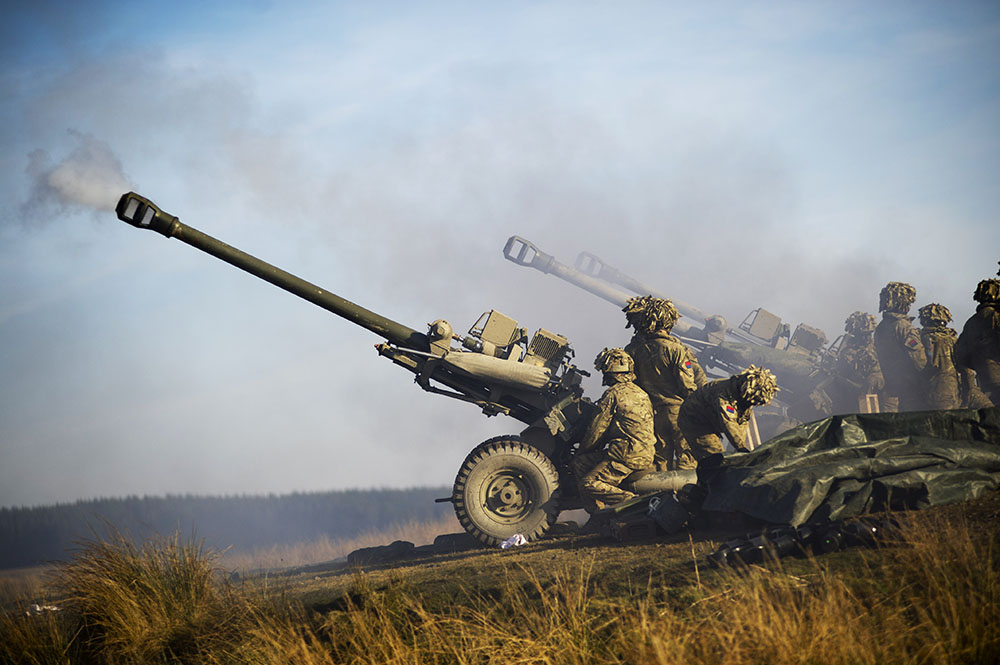 Soldiers of the Royal Artillery are pictured firing 105mm Light Guns during an exercise. Commonly known as the ‘Gunners’, the Royal Artillery provides firepower to the British Army. They are responsible for finding the enemy using a variety of high-tech equipment and then, when required, striking them using everything from explosive shells to advanced precision rockets.

“British Army gunners are the best in the world and they have the equipment to match – it is our privilege to be working closely with our partners at the Front Line Command to keep these important systems ready for use.”