UK and US extend Airseeker support until 2035

The UK’s three Airseeker electronic surveillance aircraft will benefit from an extension to the support arrangement with the US Government until 2035 in a deal worth £970 million.

Widely known as RC-135W Rivet Joint, Airseeker is a dedicated electronic surveillance aircraft that deploys in all theatres on strategic and tactical missions. The agreement will continue to benefit from maintenance, spare parts, engineering support, technical data and access to capability updates.

Airseeker support is provided by the unique venture between the United States Air Force and the UK MOD – known as the Rivet Joint Cooperative Programme – which was due to expire in 2025 and will now continue until the UK out of service date in 2035.

“The Rivet Joint Cooperative Programme is a fantastic example of the UK/US special relationship and the support for our Airseeker fleet has been extended for a further decade.

“With a commitment to invest almost £1 billion, this agreement will ensure that we, and our allies, can benefit from the aircraft’s impressive surveillance capability for years to come.”

Operationally proven across the world, including in counter-Daesh missions in the Middle East, Airseeker works by using its sensors to detect, identify and geolocate signals throughout the electromagnetic spectrum. The mission crew can then forward gathered information in a variety of formats to a wide range of consumers via Rivet Joint’s extensive communications suite.

To ensure the aircraft continue to receive support until 2035, the existing Memorandum of Understanding with the US was extended following negotiations between the US Department of Defense and the UK MOD. Under the new MOU, the MOD have committed to investing £970 million in the programme over the next 14 years.

“Extending Airseeker support reaffirms the continuing cooperation between the UK and US in this important Defence capability area.

“I am delighted that Airseeker will continue to receive world-class sustainment and follow-on development support right up until the current UK out of service date in 2035.” 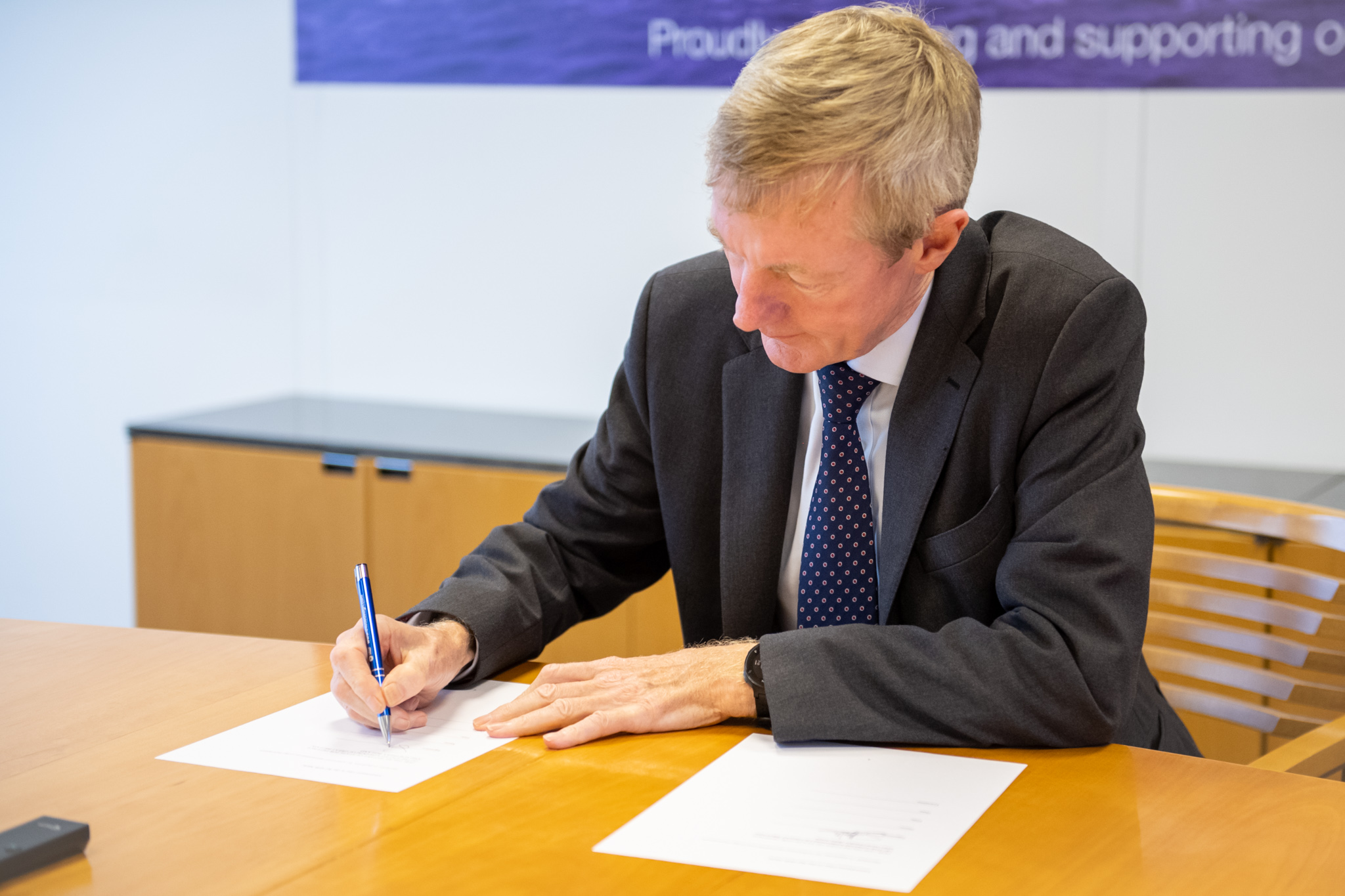 The aircraft are operated out of RAF Waddington by the Royal Air Force’s 51 Squadron as part of the Intelligence, Surveillance, Target Acquisition and Reconnaissance (ISTAR) Force led by the ISTAR Force Commander, Air Commodore Nick Hay.

By extending the support agreement until 2035, 25 jobs are secured. Mainly based at RAF Waddington, the jobs provide technical and logistic support to the Airseeker programme.

“This is an important step in reinforcing both nations’ commitment to exploit cutting-edge technologies on intelligence operations from both the UK and overseas out to 2035.”