Steel has been cut for the second of five Type 31 frigates being constructed in Scotland to take their place at the heart of the Royal Navy’s surface fleet.

During a ceremony at Rosyth dockyard today, Defence minister Alex Chalk cut steel for HMS Active in the presence of dignitaries including Second Sea Lord and veterans who served on its Type 21 namesake during the Falklands Conflict.

The traditional shipbuilding ceremony follows the cut of steel on the first in class vessel HMS Venturer, by Defence Secretary Ben Wallace in September 2021.

Deemed the lead programme of the National Shipbuilding Strategy, the construction of the fleet will support around 1,250 highly-skilled jobs at Babcock and see the creation of an additional 150 apprenticeships. A further 1,250 roles in the UK supply chain are also expected to be supported by the programme. 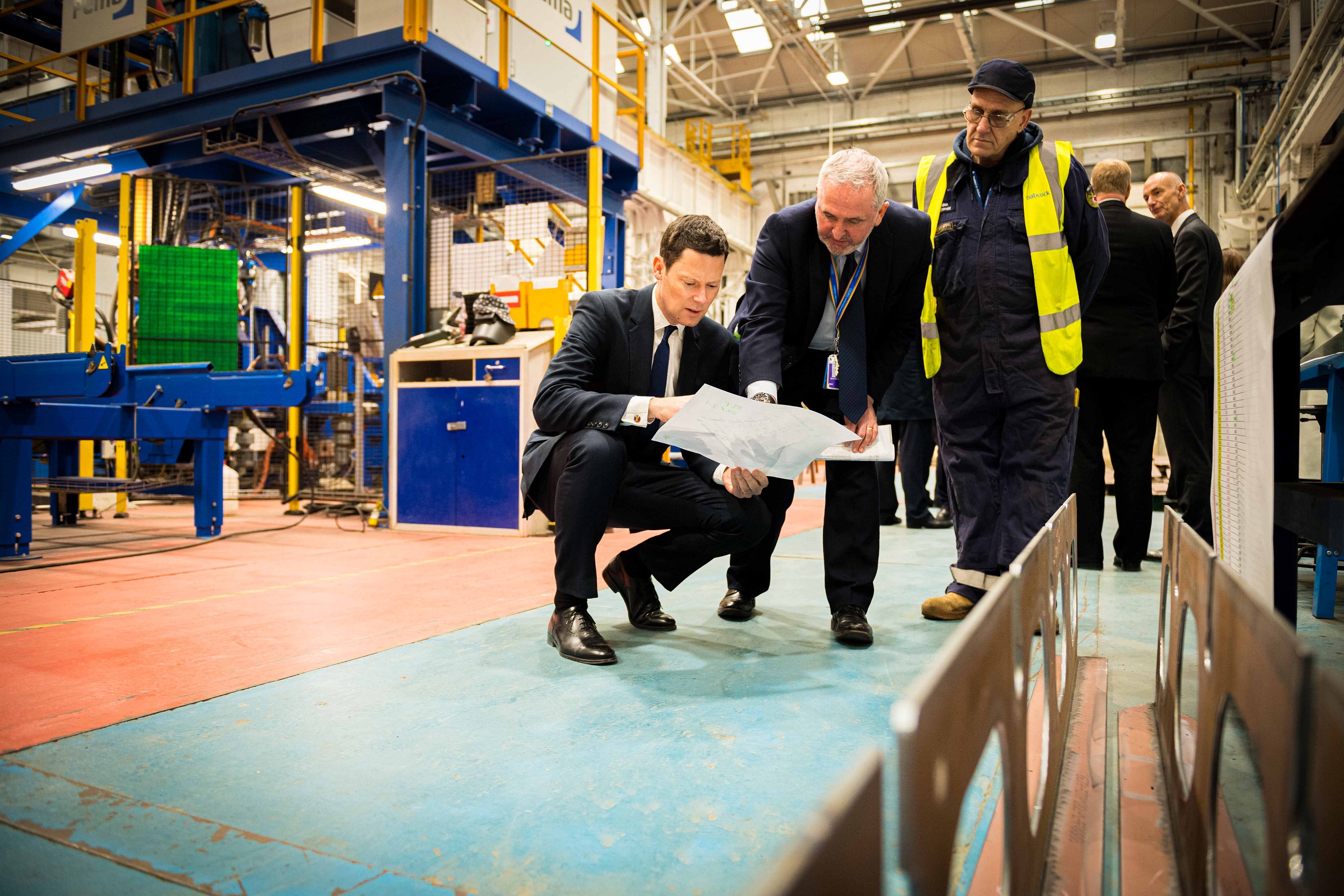 Additionally, Babcock has created 250 new roles which are targeted at people who are not currently in education, employment, or training. These Production Support Operative (PSO) positions will be recruited in collaboration with Fife Council, Fife College and local employability programmes.

The contract for the frigates was placed by the Type 31 delivery team at DE&S.

“The cutting of steel for HMS Active, the second of the Type 31 Frigates, just 16 months after the first ship, is a testament to the continued delivery of this innovative programme by industry and MOD at an unprecedented pace.

“As well as inspiring a renaissance in shipbuilding in the UK, these modern and highly adaptable frigates will recapitalise the Royal Navy for operations now and in the future, providing the core fleet for global Maritime Security operations.” 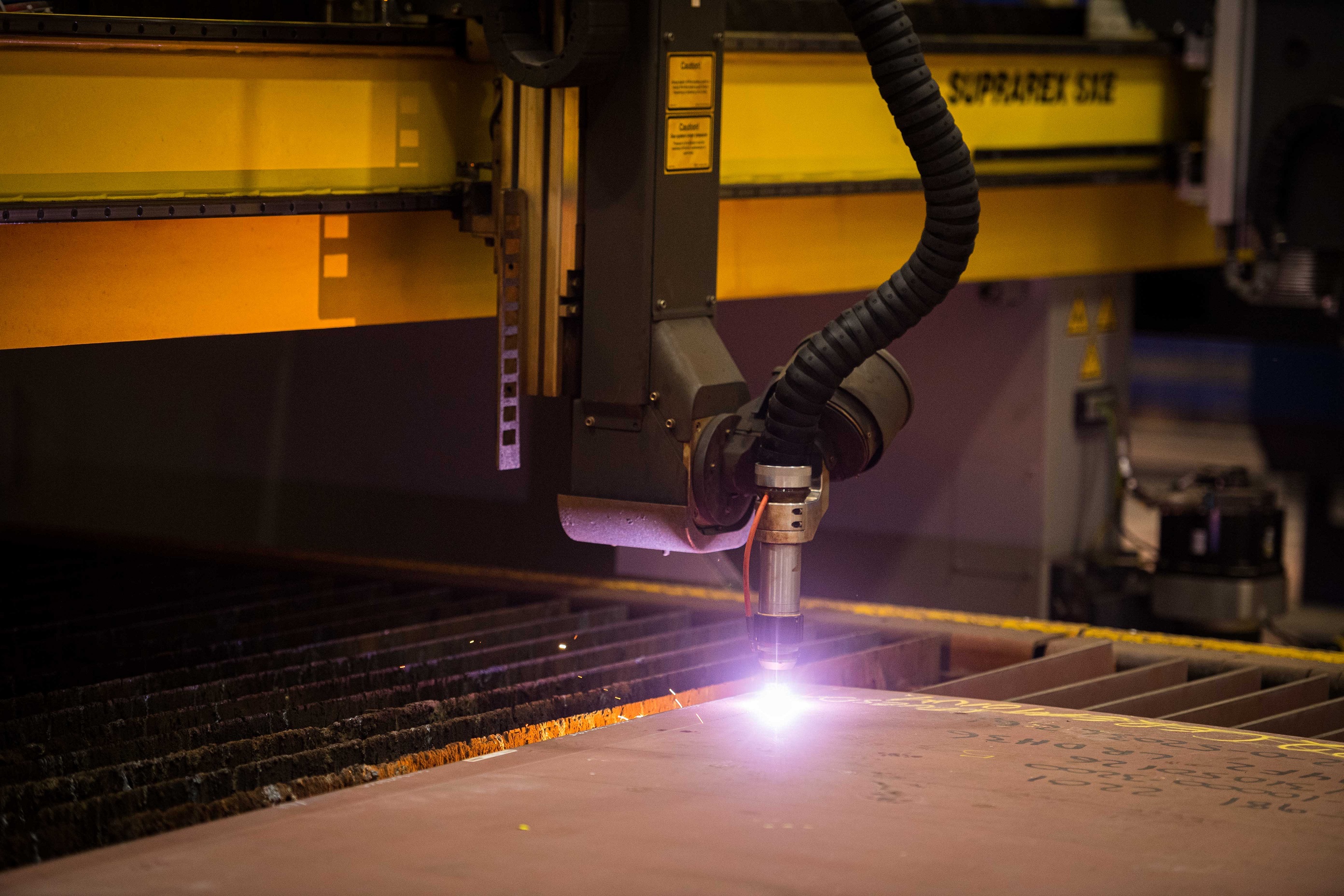 Type 31 vessels, which will be able to house a RN helicopter, will benefit from innovative technology and will be fitted with advanced capability including Thales’ combat management system, MBDA’s Sea Ceptor, a supersonic anti-air missile defence system, complimented by a 57mm and two 40mm Bofors naval guns and a 4D radar system.

This will allow this agile frigate fleet to engage in a range of operational roles including Defence engagement, interception and disruption of illegal maritime activity and humanitarian support.

The flexibility of the Type 31 design also allows the frigate to be adapted throughout its lifetime to meet the threats posed by an ever-evolving Defence landscape.

“It is truly a pleasure to be invited today, not only to speak and engage with those involved with HMS Active’s past and future, but to witness the outcomes of this world-class frigate programme that will be at the heart of the Royal Navy for generations to come.” 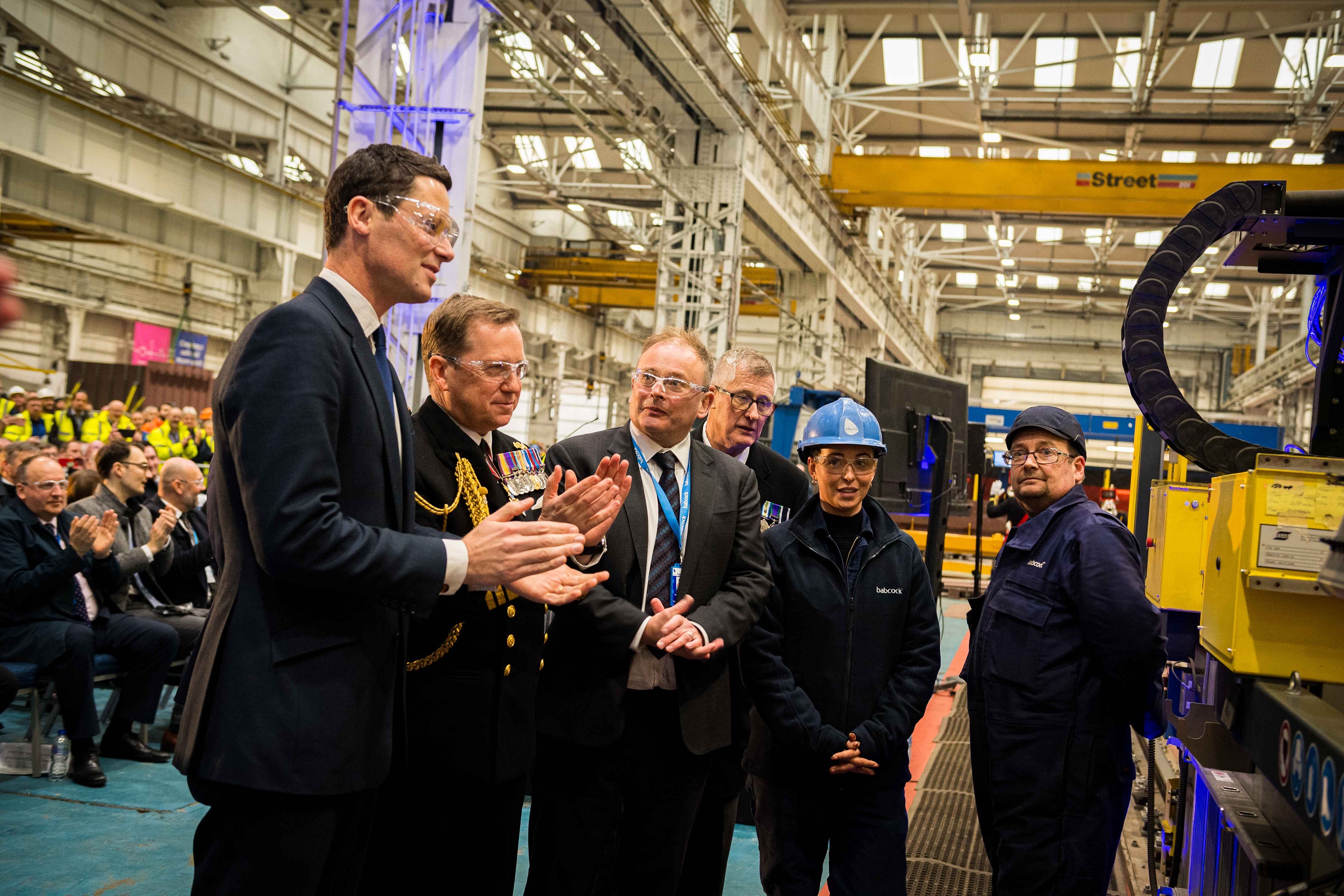 Known as the Inspiration class, the five Type 31 vessels all take their names from former warships and submarines whose missions and history are intended to inspire Royal Navy operations, as well as a representation of its future vision.

HMS Venturer and Active are now under construction, with the three remaining ships in the Class named HMS Formidable, HMS Bulldog and HMS Campbeltown.

“The Type 31 programme was the first warship competition for over a decade with DE&S championing a new agile procurement process. This enabled placement of a contract at unparalleled pace, delivering excellent capability to the Royal Navy and value to the taxpayer.

“Steel being cut on HMS Active is the latest milestone in an innovative programme that reflects the ambitions of the National Shipbuilding Strategy, changing the industrial landscape for the better.”

HMS Active will be assembled within the Venturer Hall, a purpose built facility capable of housing two T31 vessels for parallel build and assembly, before being brought out onto the hardstanding for fitting of the Fwd and Aft Masts prior to launch and commissioning.

“The Type 31 programme is a game-changer in the delivery of naval platforms, and we are already witnessing the tangible benefits that the programme will deliver; not just the emergence of a fleet of cutting-edge frigates for the Royal Navy, but also increased employment, new technologies and infrastructure investment. It’s a real honour to share this occasion with Minister for Defence Procurement, Alex Chalk MP, our workforce, our customers and our partners.”

Babcock is contracted to deliver all five T31 frigates to the MOD by the end of 2028.