An autonomous minesweeper system procured by DE&S that can safely clear sea lanes of mines has been handed over to the Royal Navy.

Following a period of successful trials the demonstrator system could go on to be used by the Royal Navy in the future to defeat the threat of modern digital mines.

The system has been designed and manufactured by Atlas Elektronik UK in Dorset, under a £13 million contract with the Ministry of Defence which has sustained around 20 jobs and created 15 new jobs with the company.

The system’s innovative and modernised technology has the ability to defeat today’s digital sea mines which can detect and target military ships passing overhead. The sweeper system, which features a “sense and avoid” capability, could also work together with other similar autonomous systems for the common goal of making our waters safer.

The project also aims to demonstrate the viability of an unmanned system that can safely and successfully clear mines and which is designed to be operated from a land or ship-based control station and can be deployed from a suitable ship or port.

An autonomous minesweeper system that can safely clear sea lanes of mines has been handed over to the Royal Navy by DE&S.

Over the last four months, the system has been put through its paces by Atlas Elektronik and Defence Equipment and Support team members and the Royal Navy’s Maritime Autonomous Systems Trials Team (MASTT).

The system was tested against a number of performance requirements, for example, how well it cleared mines, whether the autonomous system could successfully avoid obstacles and the overall system performance.

The handover of the system to the Royal Navy is a significant milestone for the Mine Countermeasures and Hydrographic Capability (MHC) programme, which aims to de-risk maritime autonomous systems and introduce these new technologies into the Royal Navy.

The autonomous minesweeper offers a commander the ability to defeat mines that cannot be countered by current hunting techniques and significantly reduces the risk to crew members in pressured and time-constrained operations.

The system can offer greater flexibility and upgradability, allowing the Royal Navy to respond better to the sea-mine threat in the long-term and operate more effectively around the world. 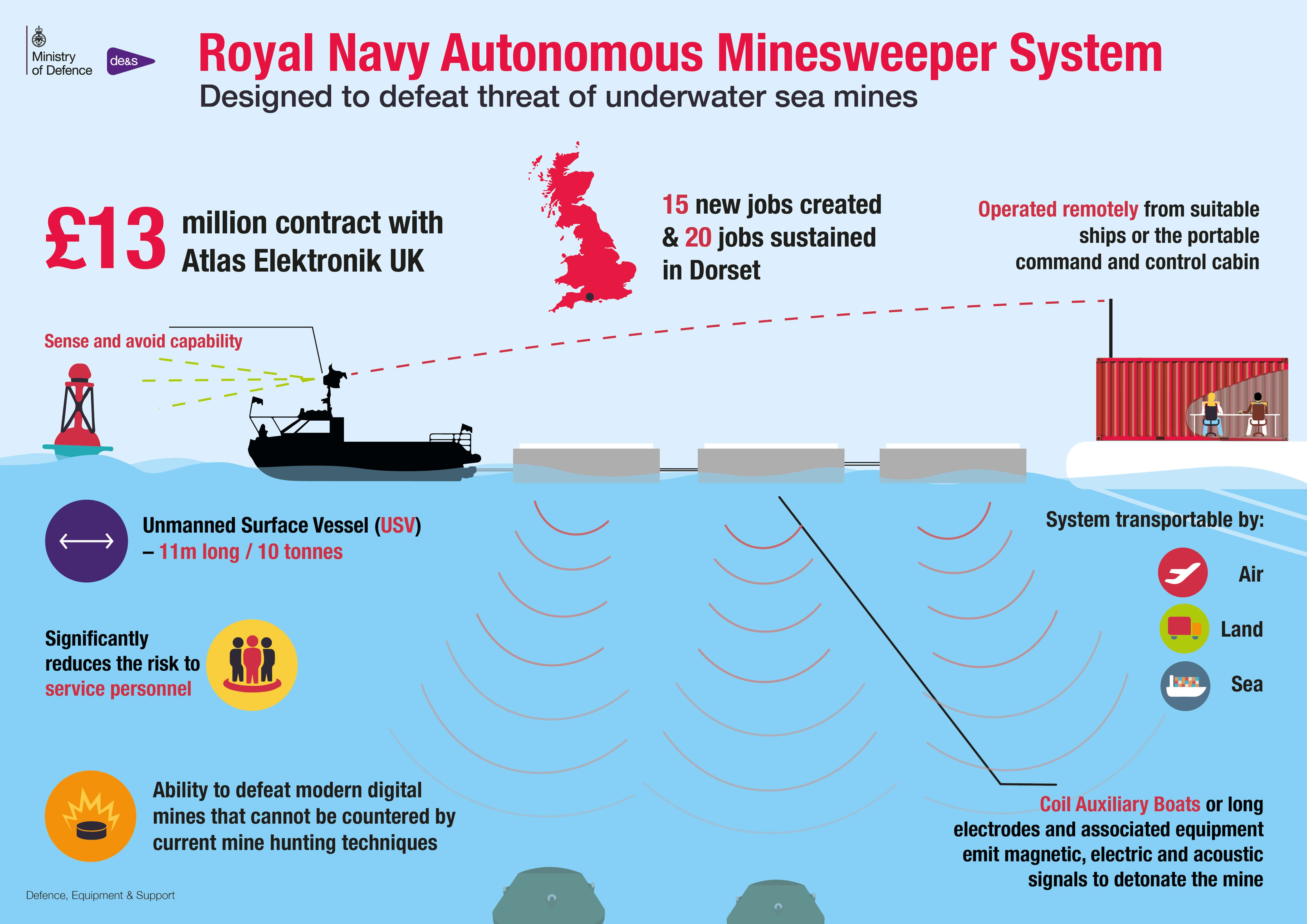