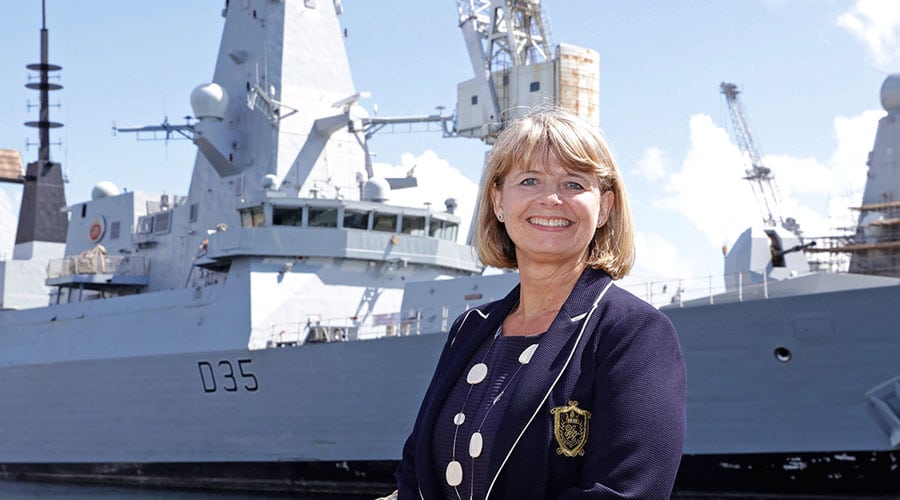 Speaking in Portsmouth today, Defence Minister Harriett Baldwin has announced a range of new Royal Navy supply contracts, including one for consumable items which is set to save £3m in efficiencies and furnish a growing Royal Navy, and three agreements to support world-leading radar systems used by the UK’s Armed Forces.

Defence Equipment and Support (DE&S), part of the UK Ministry of Defence (MOD), has signed an innovative Royal Navy supply contract which will see them receive more than 10,000 different types of consumable items – covering everything from fittings and fixtures to pistons and pumps.

Having already announced that the dredging of three million metres of mud at Portsmouth harbour has now given the new Queen Elizabeth aircraft carrier a clear route into its new home, the Defence Minister said that the award, given to Babcock International Group, will keep the Royal Navy’s current and future warships, including the new Queen Elizabeth Class aircraft carriers, supplied with items essential for day-to-day maintenance and operations.

The route is clear for the Navy’s largest and most powerful ship to dock at its home in Portsmouth, but even ships as impressive as our magnificent new aircraft carriers need nuts and bolts to keep them running smoothly. This new contract will provide all the supplies our ships and personnel require to be effective on operations.

This also brings the previous contract under one deal, delivering improved efficiencies and highlighting how we are being smarter about support. These efficiencies are ensuring that our £178 million Defence equipment plan is going towards the state-of-the-art kit our Armed Forces deserve.

The signature secures seven jobs at Babcock International with additional jobs secured at 11 companies across the wider UK supply chain. The contract is also set to generate savings of around £3 million for the taxpayer by bringing together eight older contracts under a new overarching management arrangement. That comes as part of the MOD’s commitment to deliver efficiencies and reinvest those savings back into the cutting edge equipment our service men and women need now and in the future.

The Marine Equipment Consumables contract spans across the entire scope of Marine Systems Support and encompasses over 10,000 items, but was managed by a relatively small project team working to a challenging schedule targeting the broader support improvement agenda.

A combination of the project teams’ can-do attitude, undaunted focus on delivery outputs and close collaboration across the whole range of stakeholders, including Navy Command, meant we could agree this important and innovative contractual framework to support the Royal Navy’s ships and submarines.

Companies within the UK supply chain include Liberty Dynamics and Andersalso, based in the West Midlands, Eriks and Edmundson, based in the South West and SPX Clyde Union in Scotland.

The Royal Navy relies on expert, sustained support through partnerships across UK Defence in order to protect the nation’s interests at home and abroad.

This contract is not only excellent news for the Royal Navy and our partners across the Defence industry, but also for the taxpayer due to substantial negotiated savings and incentivised contract performance.

Whilst speaking in Portsmouth, the Defence Minister also announced that BAE Systems have been awarded contracts worth £72m to support cutting-edge radar systems on board the Royal Navy’s ships.

Two of the contracts support the Sampson Multi-Function Radar. Operational on board the Type 45 Destroyers, the radar provides surveillance and dedicated tracking in a single system, enabling the ship to defend itself and other ships in its company from attack. 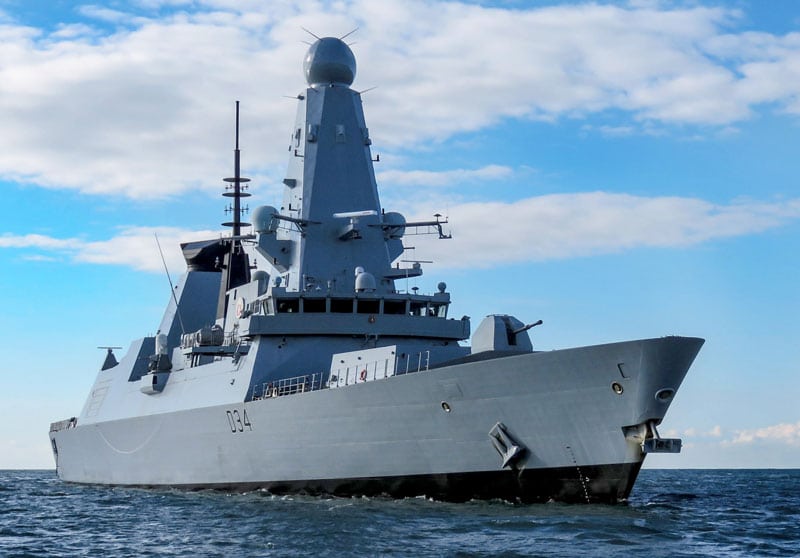 Contracts, worth £72m, will support cutting-edge radar systems on board the Royal Navy’s ships like the Type 45.

A five-year contract covering technical support was amongst the announcements. That involves on-board maintenance, spares and repairs management at BAE Systems’ Cowes site on the Isle of Wight, supporting 255 jobs. The radar will also have its processing hardware updated as part of the announcements.

BAE Systems has also won the Commander T101 radar support extension project for the next four years. Deployable by land, sea and air, Commander Type 101 radars are in service across UK territories at home and abroad.

A combination of the project teams’ can-do attitude, undaunted focus on delivery outputs and close collaboration across the whole range of stakeholders, including Navy Command, meant we could agree this important and innovative contractual framework to support the Royal Navy’s ships and submarines.