A £32-million contract to provide cutting-edge autonomous mine-hunting systems to the Royal Navy has been awarded to Atlas Elektronik (UK) in Dorset.

A £32-million contract to provide cutting-edge autonomous mine-hunting systems to the Royal Navy has been awarded to Atlas Elektronik (UK) in Dorset.

“The threat posed by sea mines is constantly evolving and DE&S are working with industry to ensure the Royal Navy has a world-class network of capabilities to protect the UK’s maritime interests as well as improving the safety of Royal Navy personnel.”

The new technology will also help maintain the freedom of movement for UK ships and submarines when defending the UK at sea.

Creating 50 highly-skilled jobs in the UK and a further 23 jobs across Europe, the contract will enable a significant technological leap for the Royal Navy. The systems will help detect and neutralise mines quickly whilst being controlled remotely by operators either at sea or on land.

“This innovative technology is a huge leap forward for the Royal Navy and will be crucial to protecting the security and safety of our personnel. Supporting wider British industry, it also reinforces our focus on ensuring the UK remains at the forefront of tackling defence threats.” 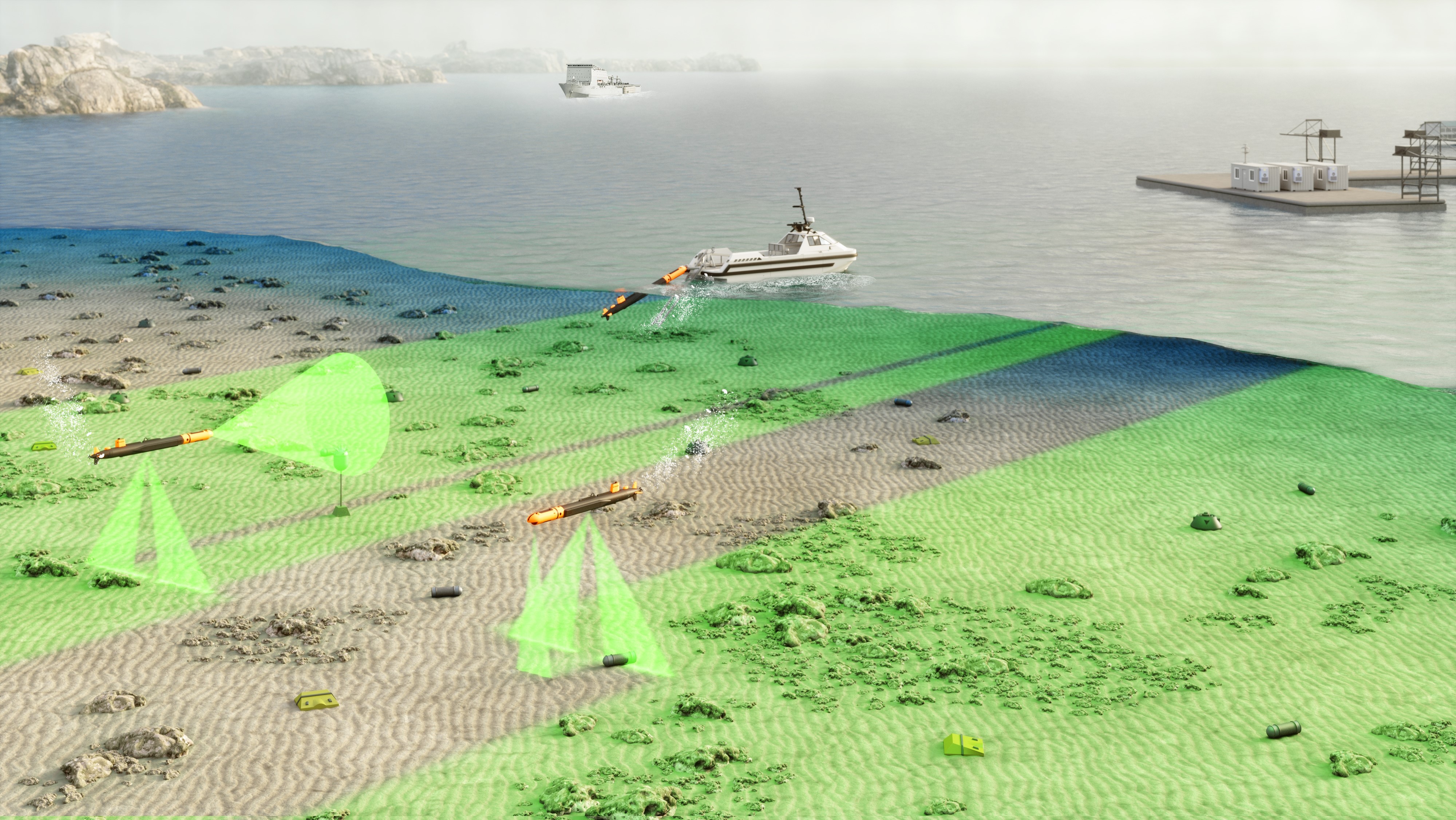 Supporting other autonomous assets, including the joint FR/UK Maritime Mine Counter Measures (MMCM) and Combined Influence Sweep (SWEEP) systems, the MAUVs will become part of a “system of systems” that will enable the Royal Navy to search, detect and neutralise mines from a remote distance while on operations worldwide.

“This is another exciting step as we move from conventional Mine Counter Measures to a system of integrated capabilities. This new capability is quicker, provides greater precision and will put the latest technology in the hands of our sailors, reinforcing their reputation as some of the best MCM practitioners in the world.”

The contract was negotiated by the Mine Hunting Capability (MHC) team at Defence Equipment and Support (DE&S), the procurement arm of the MOD. The first MAUV equipment delivery is expected in Spring 2023.

Outlined in the Integrated Review, investment into cutting-edge new autonomous systems demonstrates how the Royal Navy and UK Defence are modernising to address threats across the globe.