HMS Glasgow, the first-in-class of the Type 26 frigates, is preparing to enter the water for the first time.

Prime contractor BAE Systems has started the float-off process and, over the coming days, the ship will undertake a series of complex manoeuvres moving her from dry land in Govan shipyard, Glasgow, onto a barge before being towed down the River Clyde to a deep-water location in west Scotland.

Once in position, the float off will involve the base of the barge sinking slowly over several hours, with engineers checking progress regularly, until HMS Glasgow fully enters the water.

The ship weighing nearly 6,000 tonnes will then be towed back up the Clyde to BAE Systems’ Scotstoun shipyard, where she will undergo outfitting, testing and commissioning.

Replacing the bulk of the retiring Type 23 fleet, the T26s will be flexible and advanced warships with the primary purpose of anti-submarine warfare, protecting the UK’s continuous at-sea nuclear deterrent and Maritime Strike Group. They have been procured and are being delivered by DE&S. 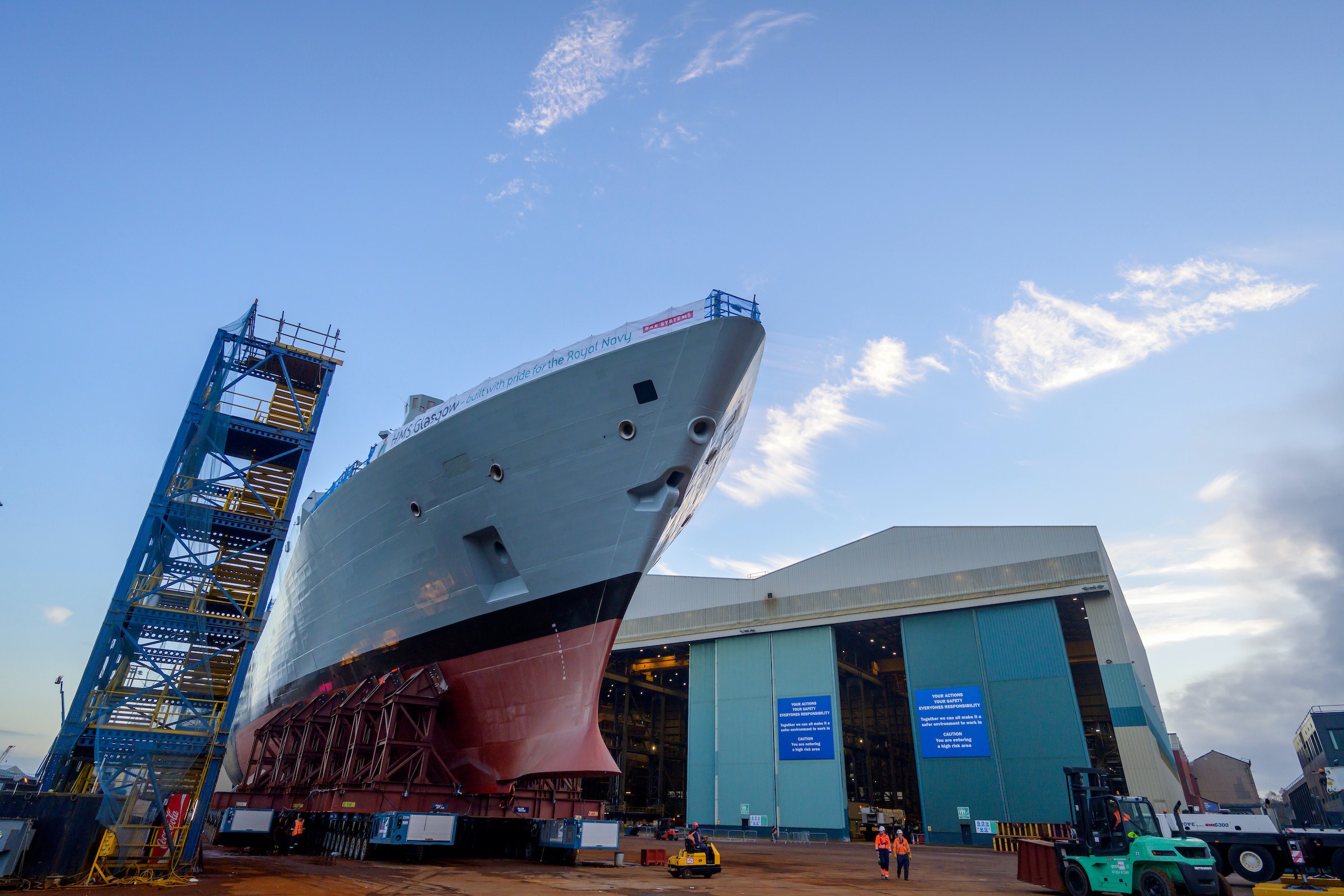 “Float off is not only a key milestone in the build programme for HMS Glasgow but, as first in class, it is a key milestone for the Type 26 programme as a whole. Engineers from DE&S as well as members of the Royal Navy will be supporting BAE Systems in this complex process over the coming days. I wish everyone involved the best of luck and a successful float off.”

Float off is a more efficient and low-risk way for a ship to enter the water compared to the traditional dynamic launches from a slipway.

The exact timing of float off will be dependent on weather conditions and tides to ensure the safety of the teams involved, and the ship herself.

“HMS GLASGOW entering the water for the first time marks a major milestone for the Type 26 programme which supports thousands of highly skilled jobs in Scotland and more across the wider UK supply chain. We’re continuing to invest in the British shipbuilding industry to maintain the Royal Navy’s cutting-edge ability to defend our nation, while strengthening our partnership with allies.” 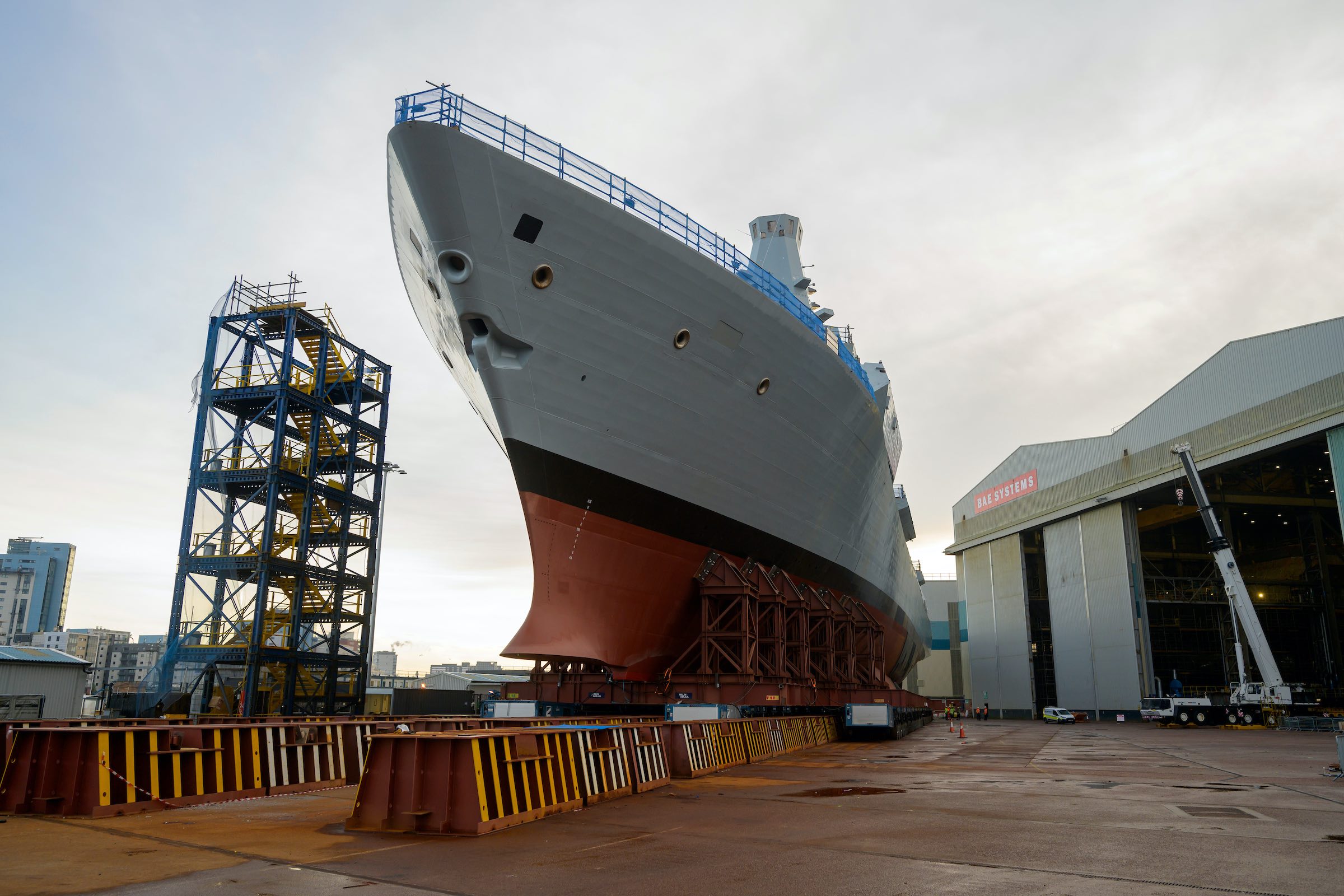 “Seeing HMS Glasgow in the water for the first time will be a proud and exciting moment for everyone involved in this great endeavour. She will soon transfer to our Scotstoun yard in Glasgow where we look forward to installing her complex systems and bringing her to life.”