The DE&S Future Capability Group (FCG) have launched the second round of the Heavy Lift Challenge.

The DE&S Future Capability Group (FCG) have launched the second round of the Heavy Lift Challenge. The challenge, which sees uncrewed aircraft systems (UAS) put through their paces, was organised in collaboration with the Royal Navy 700X Naval Air Squadron and for the Royal Navy Office for the Chief Technology Officer.

The Heavy Lift Challenge is an innovative approach to engaging with and stimulating the market, developed jointly between the Royal Navy and DES FCG. It encourages UAS manufacturers to showcase crewless technology which has the potential to deliver supplies and equipment to ships and personnel at sea. This could enable the armed forces to autonomously transport vital supplies, such as ammunition and medical equipment, to combat zones – reducing the risk to personnel. 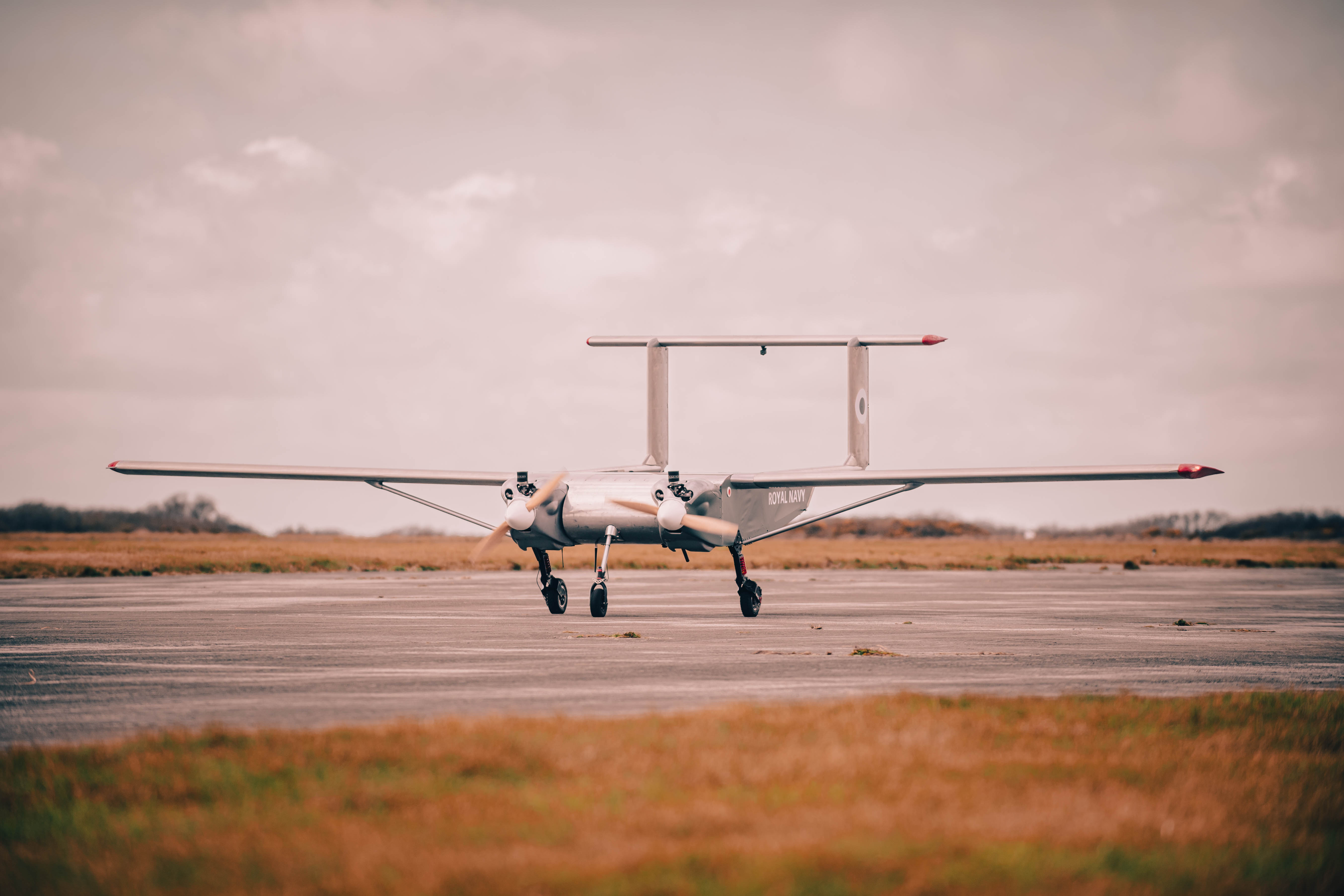 The Royal Navy Heavy Lift Challenge (HLC) aims to increase the number of UAS available on the market, at a rapid pace. This will enable DE&S FCG and the Royal Navy to explore, understand, develop, and rapidly acquire autonomous systems to deliver heavy payloads at range in demanding Maritime and Commando Force environments.

This competitive framework will also quicken the overall procurement process, delivering the latest uncrewed technology to the frontline, faster, cheaper and better in an exponential world. 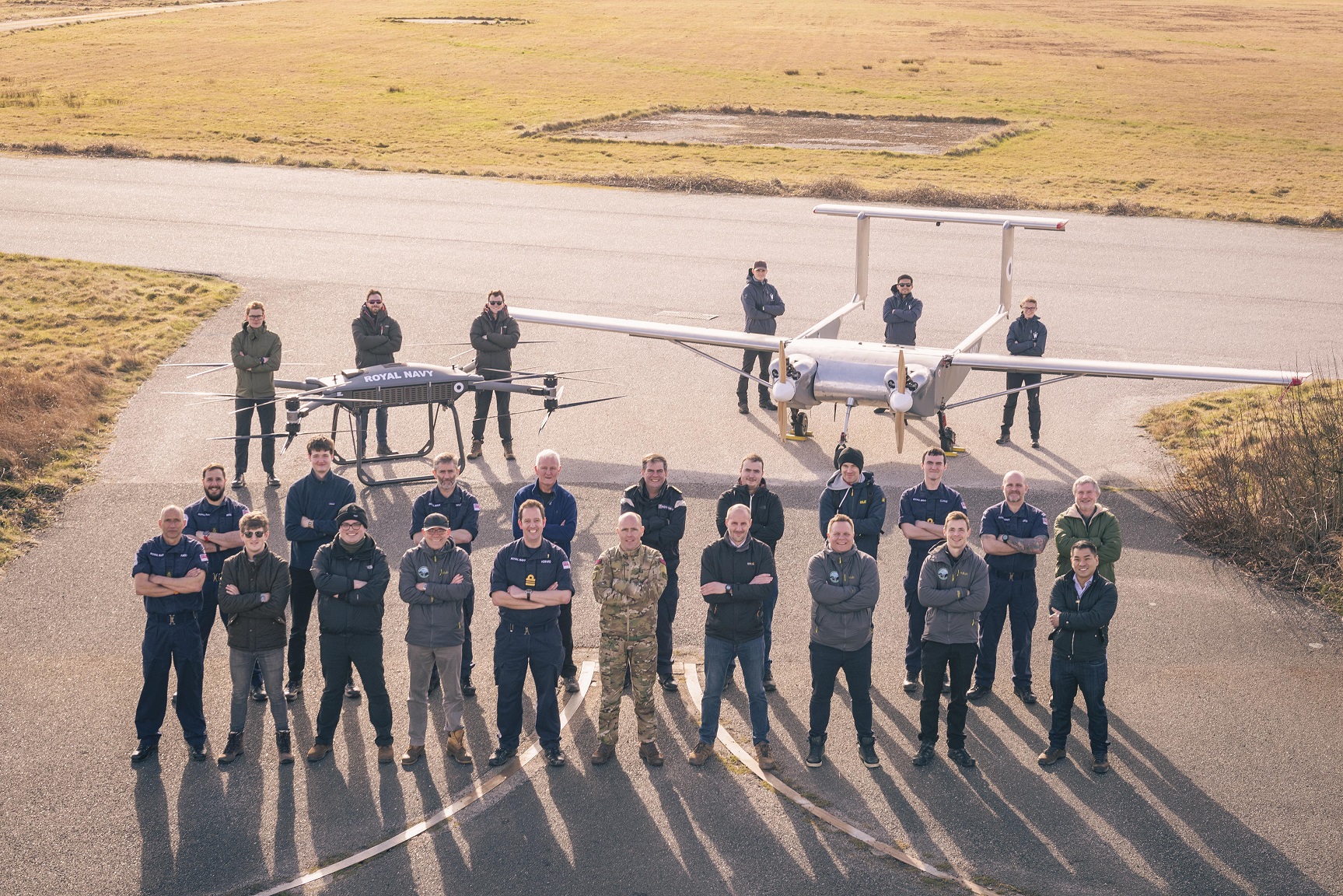 Now, the Heavy Lift Challenge has tested how ready and scalable the UAS are. Both the Malloy T-600 and the Windracers Ultra have proven capable and on track to scale.

The Malloy T-600 series is amongst the world’s most advanced heavy-lift quadcopter, capable of carrying weights more than 250kg. The Windracers Ultra is a world-leading Fixed Wing UAS with highly precise long-range air-drop capabilities, carrying loads in excess of 100kg to 1000km.

“This an important milestone for the Heavy Lift Challenge. We have tested how scalable and usable the autonomous technology is, with promising results. We have demonstrated how our collaboration with the Royal Navy and industry partners can expedite the procurement process – enabling us to deliver cutting-edge technology at pace. Ultimately, this work will help the UK Armed Forces retain and grow its operational advantage and also deliver cost efficiencies.”

“HLC is surpassing all our expectations. Genuinely game-changing collaboration between the Royal Navy, DE&S FCG and industry has, so far, produced quite spectacular results – all inside the same commercial framework we are able to iterate as one-team. We are not there quite yet, but in perhaps as little as two months’ time, we will have the final ‘show don’t tell’ evidence we need to commence scaling to the hands of the warfighter at unprecedented pace.  And who doesn’t want a vertical lift, militarised quadcopter with a 250kg+ payload? And who wouldn’t want a 100kg payload delivered 1000km, able to launch and recover from a QEC-Class Carrier or rough strip, and drop pinpoint resupply missions whilst swooping down low and slow as and when you want them from its 3 pairs of bomb-bay doors?  For the Royal Navy, HLC is big news.”