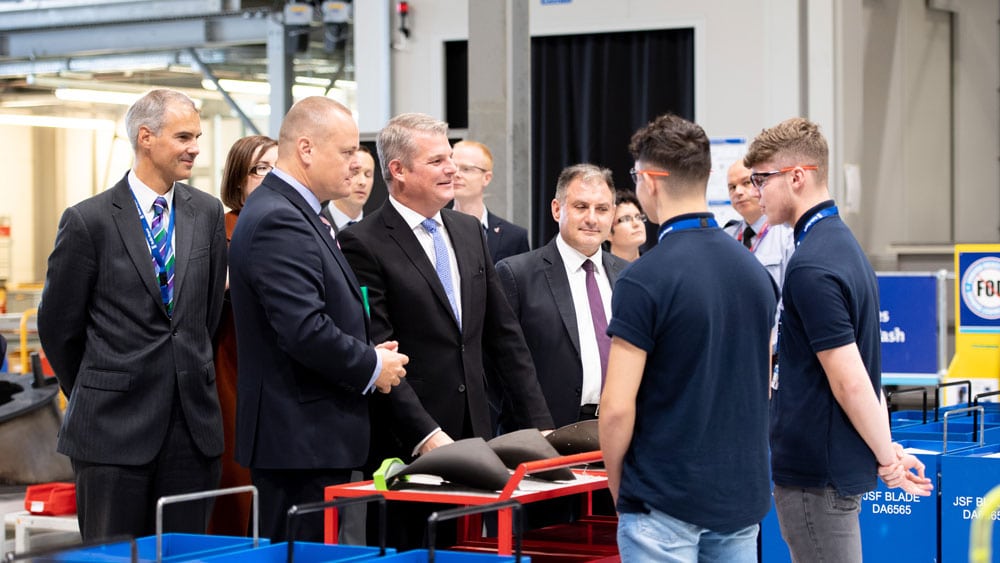 The ‘LiftWorks’ facility, which has opened at Rolls-Royce in Bristol, makes the ‘LiftSystem’ to provide F-35 fighter jets with a fan propulsion system that allows them to take off over short distances, hover, swivel mid-air and land vertically.

It is vital to the jets being able to operate from aircraft carriers, and comes ahead of the stealth jets completing their historic first trials off the flight deck of Britain’s largest ever warship, HMS Queen Elizabeth.

The site will support more than 100 jobs in the area after more than £20 million was injected into transforming the former Defence Manufacturing building into an advanced facility dedicated to developing the unique technology.

“The STOVL system on the UK’s F-35B Lightning II fleet has been performing exceptionally well for the Lightning Force. We saw this earlier this Summer when F-35s used the Vertical Landing Pads at RAF Marham for the first time. The opening of the new LiftWorks facility at Rolls-Royce promises even greater enhancements to this pioneering technology.”
– Air Marshal Julian Young, DE&S Chief of Materiel (Air)

The LiftSystem, which has a thrust strong enough to lift 17 Mini cars and a clutch that provides enough torque to turn the London Eye, was designed and developed by teams of engineers at Rolls Royce engineers in Bristol and Indianapolis.

The Bristol site is not only making the LiftFan for UK jets, but for all F-35B jets on order across the world. Production at the site has been building up since 2009, with the official opening now marking the fact that the facility is heading towards peak manufacturing levels.

British companies are building 15% by value of all 3,000 F-35s planned for production. It is projected that around £35 billion will be contributed to the UK economy through the programme, with around 25,000 British jobs also being supported.

Watch the F-35 in action – from a plotted history of the fighter to its first landing on UK soil.

Capable of flying at 1,200mph, the arrival of F-35s to the UK marks the start of 5th Generation of fighter planes for the Royal Air Force and Royal Navy. Take a fly through the history of the UK’s iconic fighters.

The first four of Britain’s new F-35B Lightning fighter jets arrive at RAF Marham and we spoke to the Minister for Defence Procurement Guto Bebb for his reaction.

Hear from Air Chief Marshal Sir Stephen Hillier about what this means for the Royal Air Force & Royal Navy and the collaborative effort behind their delivery.

The ‘Liftworks’ facility is one of many cutting-edge manufacturing sites across the UK contributing to the wider Rolls Royce LiftSystem contract for the F35 programme. 40% of the work under this contract takes place in the UK, supporting 900 jobs across the supply chain.

During the visit, the Minister unveiled a plaque marking the official opening of the Filton site before embarking on a tour of the facility where he met employees, apprentices and graduates.

As we build up to the iconic first F-35 take-offs from our brand-new aircraft carrier, it is timely to open this Bristol site which is making it all possible. The incredibly powerful systems made at this high-tech facility mean our jets will be able to operate from British sovereign territory anywhere across the world’s seas to fight any adversaries which threaten us. The F-35 programme is the biggest in the history of defence, and is supporting a hundred jobs here at LiftWorks – as well as thousands more right across the country.

During his opening speech, the Minister also announced that the UK has accepted its 16th jet, which is now set to fly into Beaufort, South Carolina. There are around 200 British personnel at the American site testing the aircraft. The fighter jets will be jointly manned by the Royal Air Force and the Royal Navy and can operate from land and sea, forming a vital part of Carrier Strike when operating from the Queen Elizabeth Class aircraft carriers.

It has been a monumental year for Britain’s F-35 jets, after the first aircraft touched down on home soil in RAF Marham in June, two months ahead of schedule. They are on track to be operational by the end of the year. There are now nine of the jets at the Norfolk base, whilst more British jets continue to undergo flight trials in the United States. 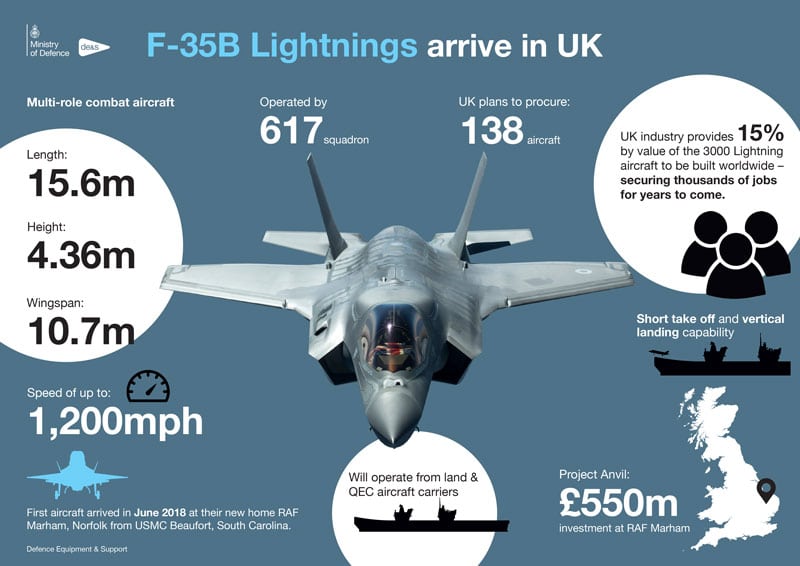 More about the F-35 programme 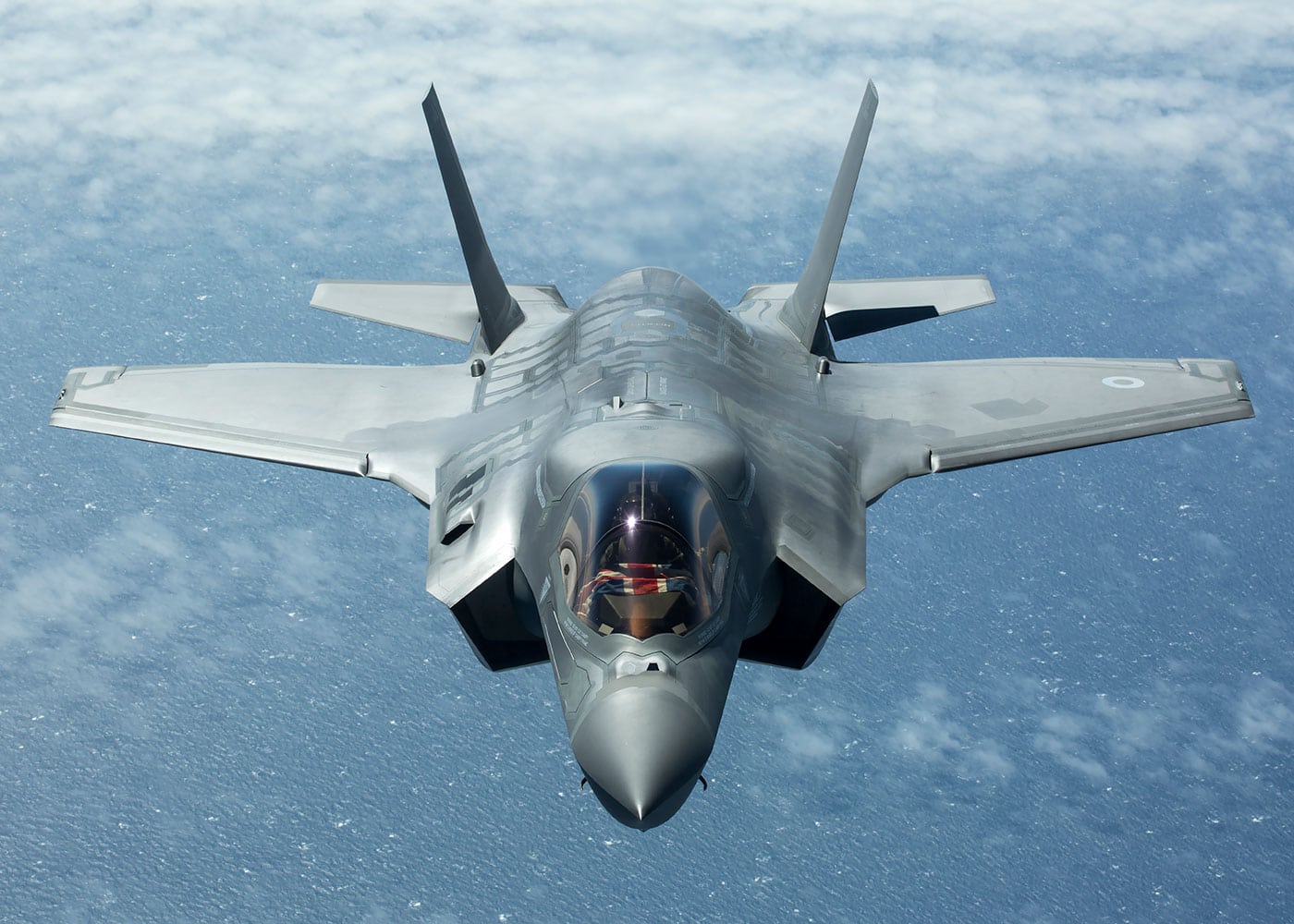