DE&S has become the first supporter of the Primary Engineer and Secondary Engineer Leaders Award for South West England. 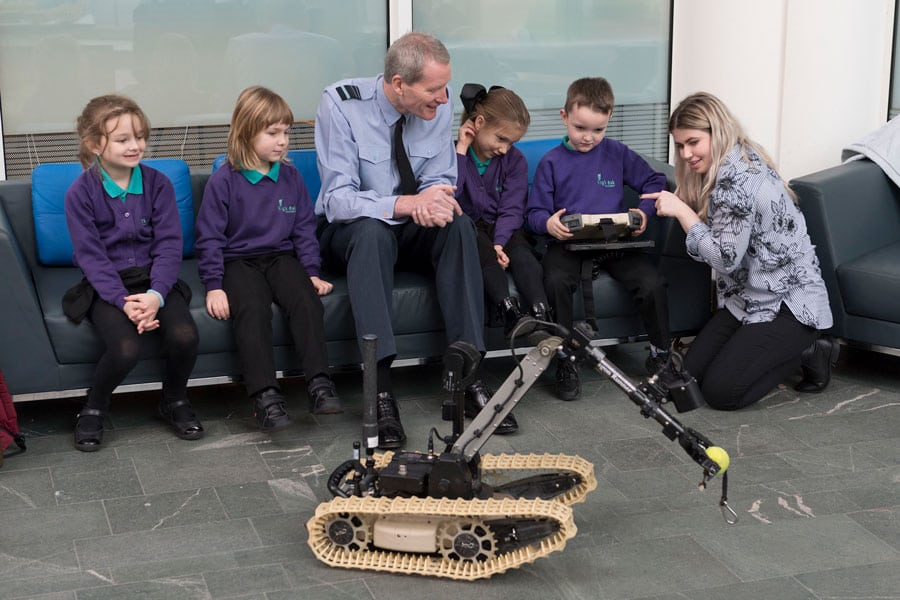 Linking in with the launch of The Year of Engineering – a national campaign to inspire the next generation of engineers and widen the pool of young people who join the profession – DE&S is proud to be funding the competition, to help promote the importance of science, technology, engineering and mathematics (STEM) in schools.

Open to primary and secondary schools, the Leaders Award asks school pupils to identify a problem in every-day life and design a solution to it in response to the question, ‘If you were an engineer, what would you do?’

Launching its support of the competition DE&S invited school children from the local area to visit MOD Abbey Wood and put on show some of the kit today’s engineers have been working on.

The school children also got to use a remote controlled, multi-terrain robot capable of detecting improvised explosive devices called Dragon Runner, and have a go in a single seat life raft used by fast jet or helicopter crews during aircraft evacuation. 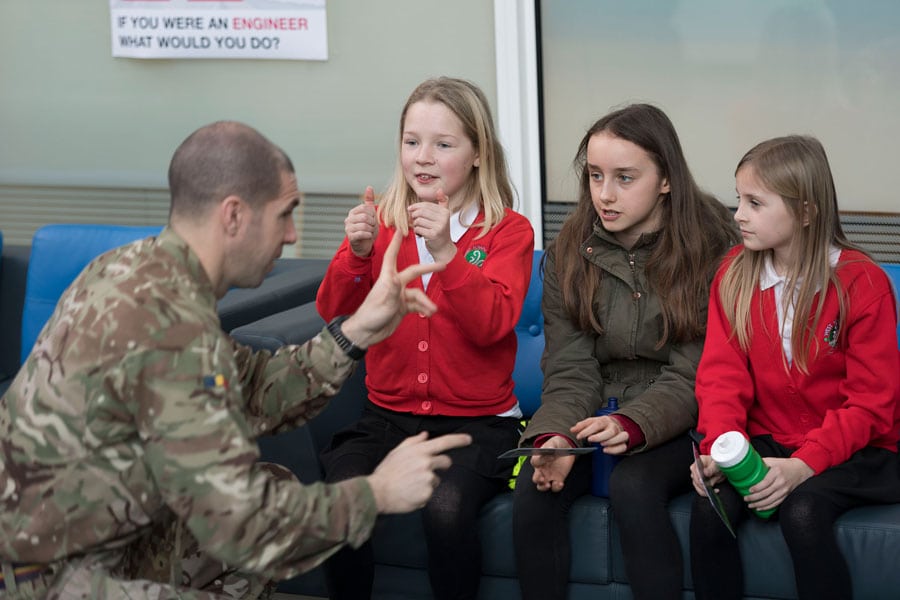 Innovative engineering is key to the success of DE&S and the way in which we support our armed forces and keep them safe.  So, we want the region’s school children to be more interested in engineering.  This is why we have decided to fund the 2017/18 Primary Engineer and Secondary Engineer Leaders Award for South West England.  Indeed, we are proud to be doing our bit towards addressing the skills shortfall in engineering across the UK, and promoting great career opportunities for our youngsters.

So, if you enjoy taking things apart to fix or improve them, finding new ways of doing things, creating things  to solve problems and help people, then you could have the right motivation, knowledge and skills to pursue a fulfilling career in engineering.  It doesn’t matter where you come from, if you have an interest in engineering, we’re here to help you achieve your goals.

DE&S engineers will support the competition by being interviewed by pupils in local schools. This will importantly enable DE&S’ STEM ambassadors to talk to school children about the importance of engineering while also increasing their understanding about who DE&S are. 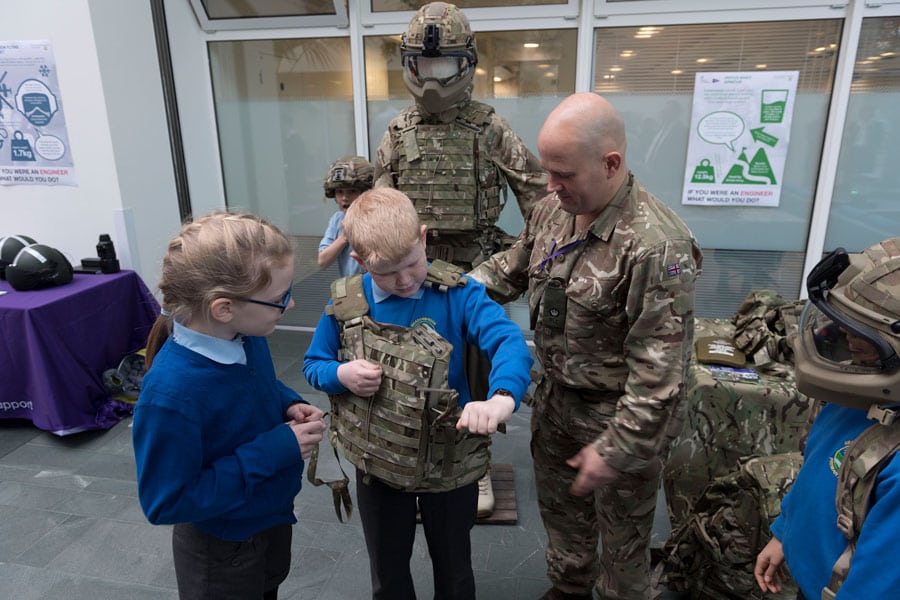 We’re delighted to have Defence Equipment and Support funding the first year of the Primary Engineer and Secondary Engineer Leaders Award in the South West.

The imagination of primary and secondary school pupils is given free reign when they are inspired by engineers, and DE&S have truly achieved that today. It is wonderful to see how inventive, caring and at times hilarious pupils’ creations can be. We look forward to receiving entries and welcoming everyone to the awards evening and public exhibition.

The winners of the South West competition and shortlisted illustrations from other schools will go on to be showcased at a public exhibition at the University of the West of England (UWE, Bristol) in June 2018.

The university’s engineering entrepreneurs will also be challenged to bring one of the inventions to life. The aim is to take a concept, develop the design and build it into a full-scale functioning prototype, giving the school children who entered the competition an insight into the process behind designing and manufacturing a product.

Registration for the Leaders Awards opened in September with the winners due to be announced in June 2018. Schools can register at www.leadersaward.com. 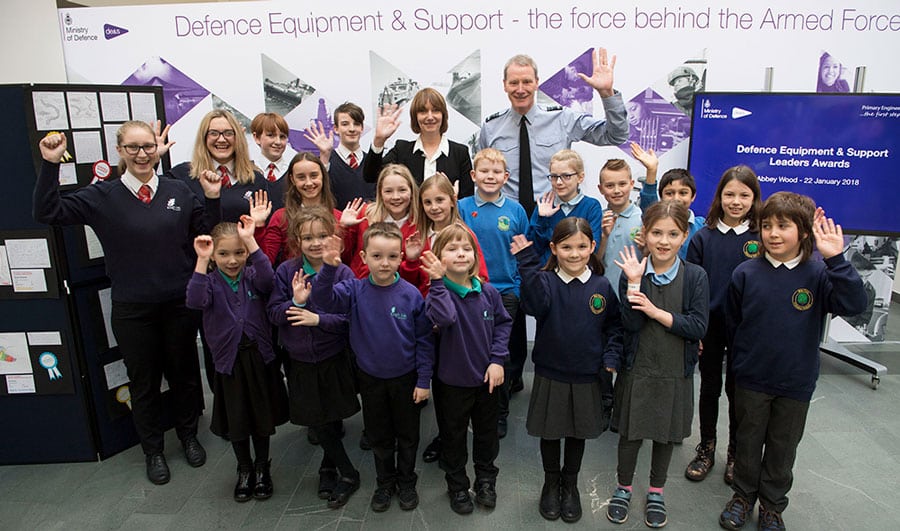 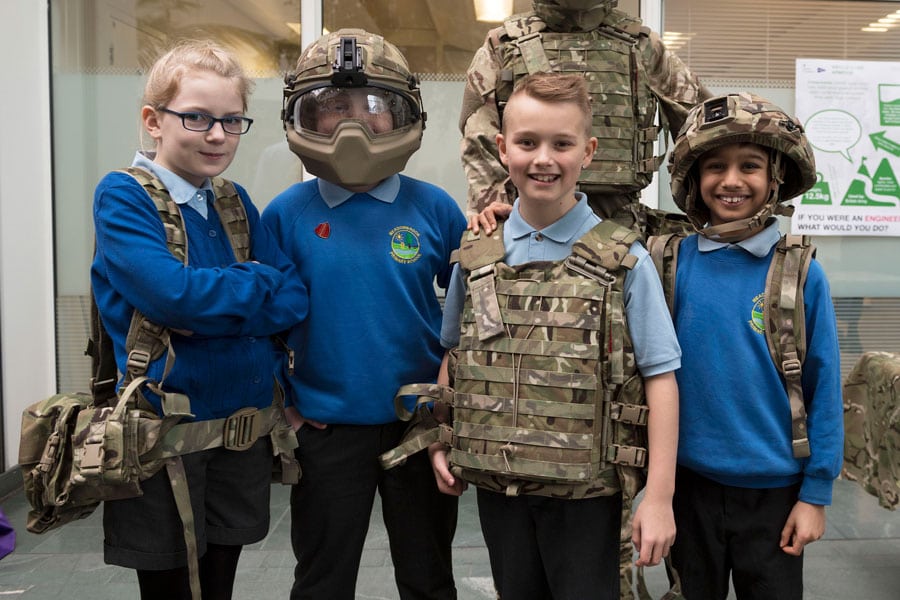 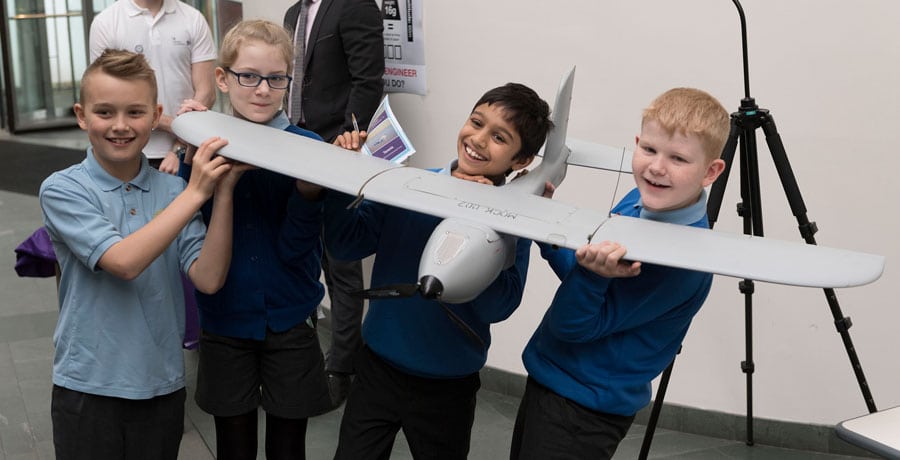 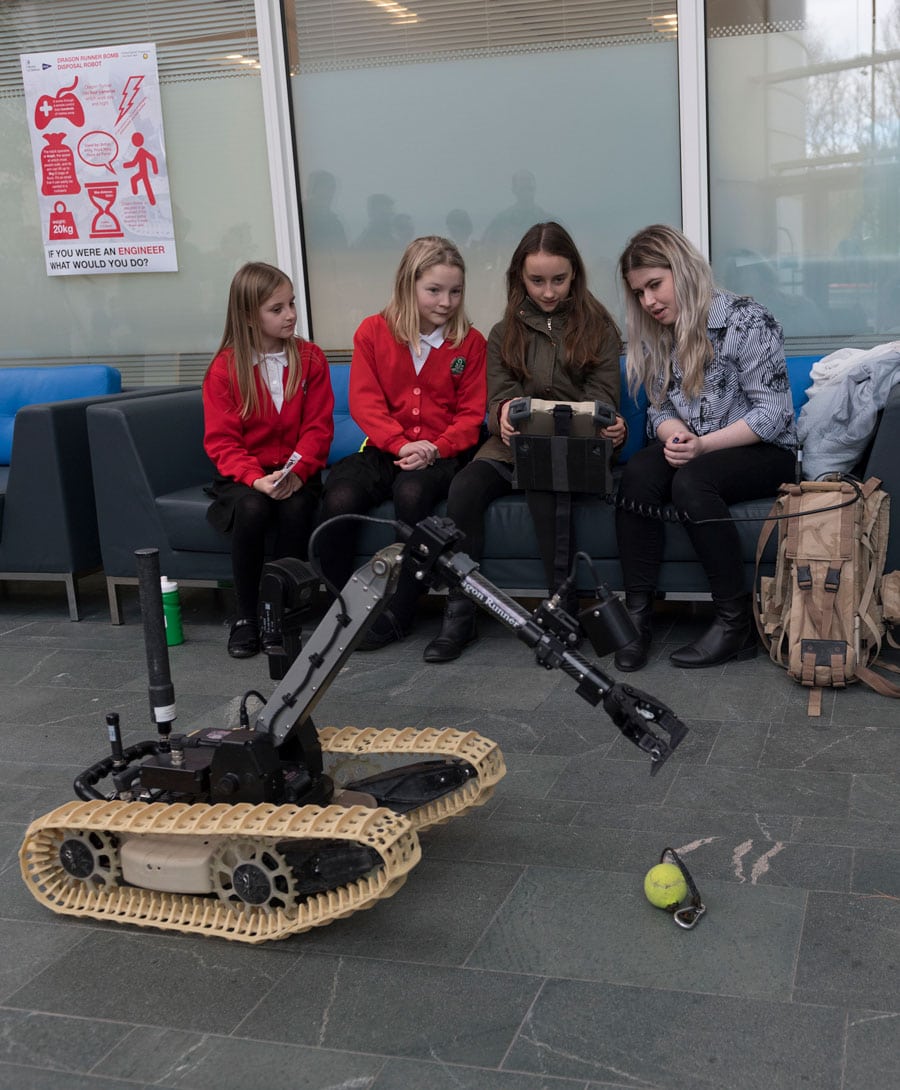 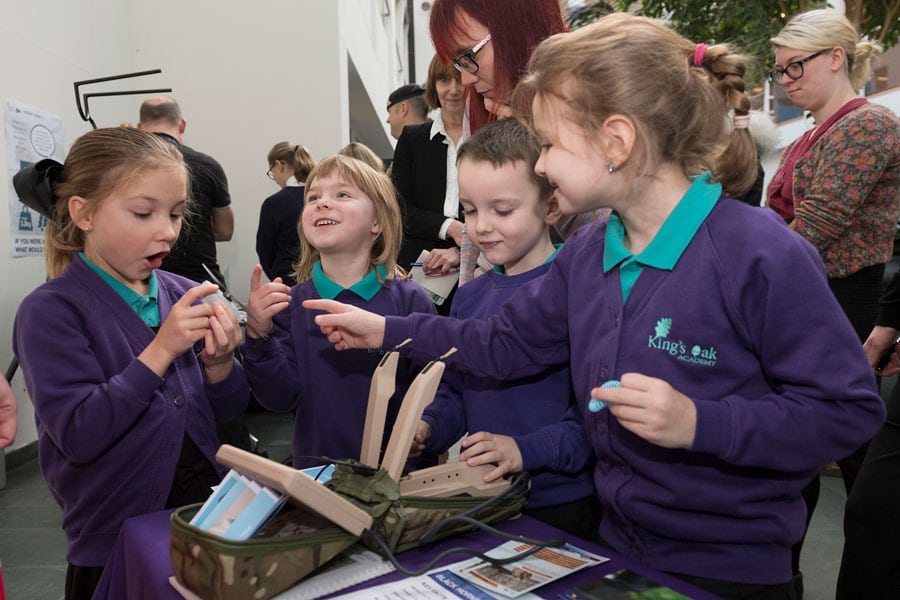 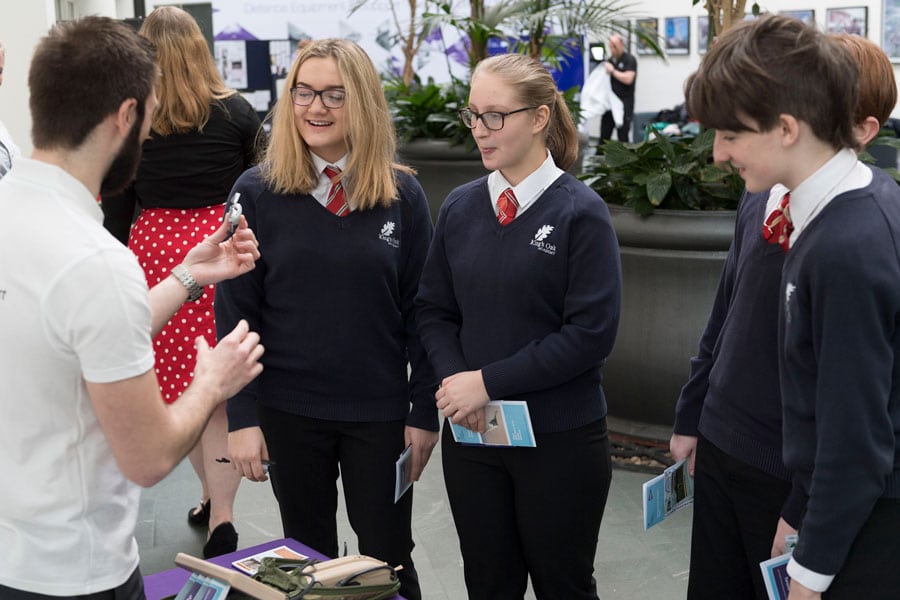 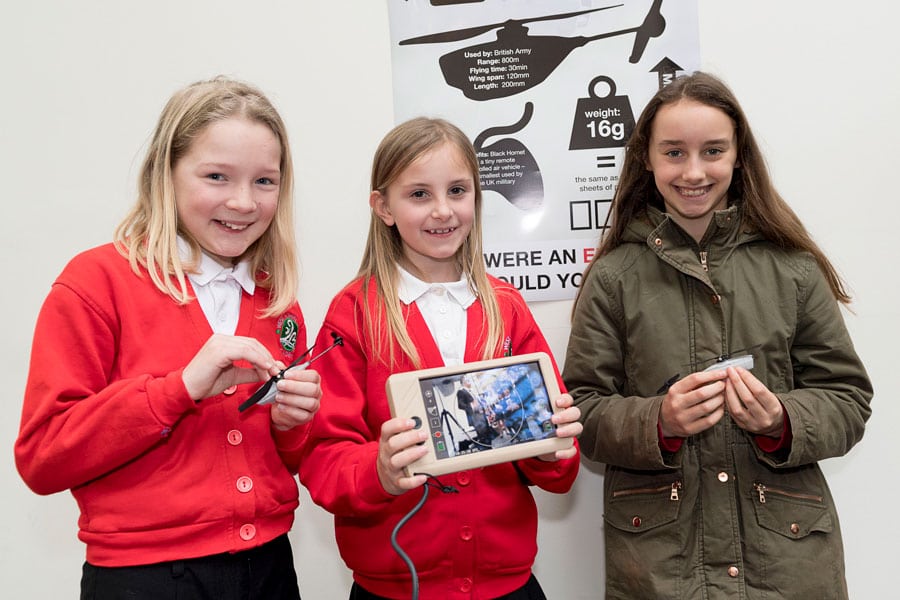 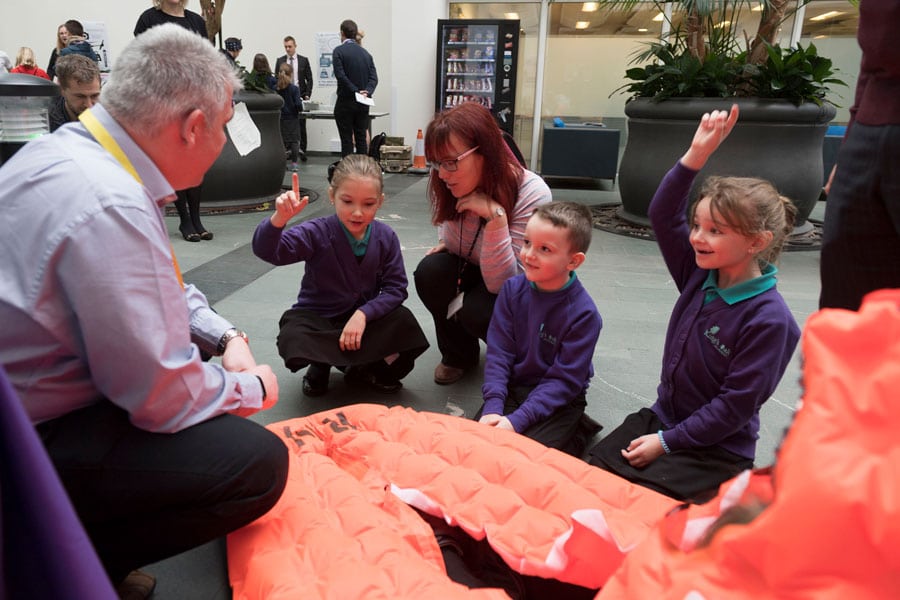