Three companies have won contracts worth £3 million each to accelerate autonomous capability that could be used to safely deliver mission-critical supplies to troops engaged in combat territory known as the ‘last mile’.

This work followed a successful first stage investigation by the Defence and Security Accelerator (DASA) and Defence Science and Technology Laboratory (Dstl).

The FCG was set up by DE&S to pull through technology at pace and accelerate acquisition at value for money to ensure the UK Armed Forces are provided with the equipment needed to counter ever evolving threats.

Under Project Theseus, it is hoped the use of self-driving air or ground platforms to deliver supplies, including ammunition, clothes, food and fuel, will reduce the need for personnel to risk their life by entering into what are typically hostile environments.

As well as vehicles, FCG see the essential inclusion of dynamic autonomous processing, ordering and delivering fuels, foodstuff and other stores so that troops to have the ‘ease of an Amazon style delivery service’ where they need it most.

Under a potentially ground-breaking commercial model, FCG were able to use a novel process to rigorously evaluate autonomous capabilities from more than 50 primes and SMEs before awarding three contracts totalling £9 million pounds to:

The contracts will help the companies accelerate the development of their systems to try and meet further challenges set by FCG and the British Army.

“Our team used a dynamic commercial approach to stimulate industry and draw in over 50 companies who have key technologies in this area. They then worked with pace and agility to identify three suppliers offering potential solutions from a vast amount of industry specialists.

“This project is also a success for the MOD innovation ecosystem. Dstl and DASA stimulated the market and proved the first stages of this project, with Army HQ asking DE&S to explore and accelerate this promising capability area towards exploitation.”

“Robotic and Autonomous System capabilities will play an increasing role in delivering deployed sustainment in the near-future; doing so will increase combat power through increasing mass and tempo of resupply, as well as reducing risk-to-life for our people, leading to an increased probability of mission success.”

Under Theseus the British Army are exploring using robotic dogs to support troops in dangerous and complex urban environments. The platforms would be used to navigate rough terrain, help deliver supplies in war zones and investigate bombs, significantly reducing the risk to personnel. 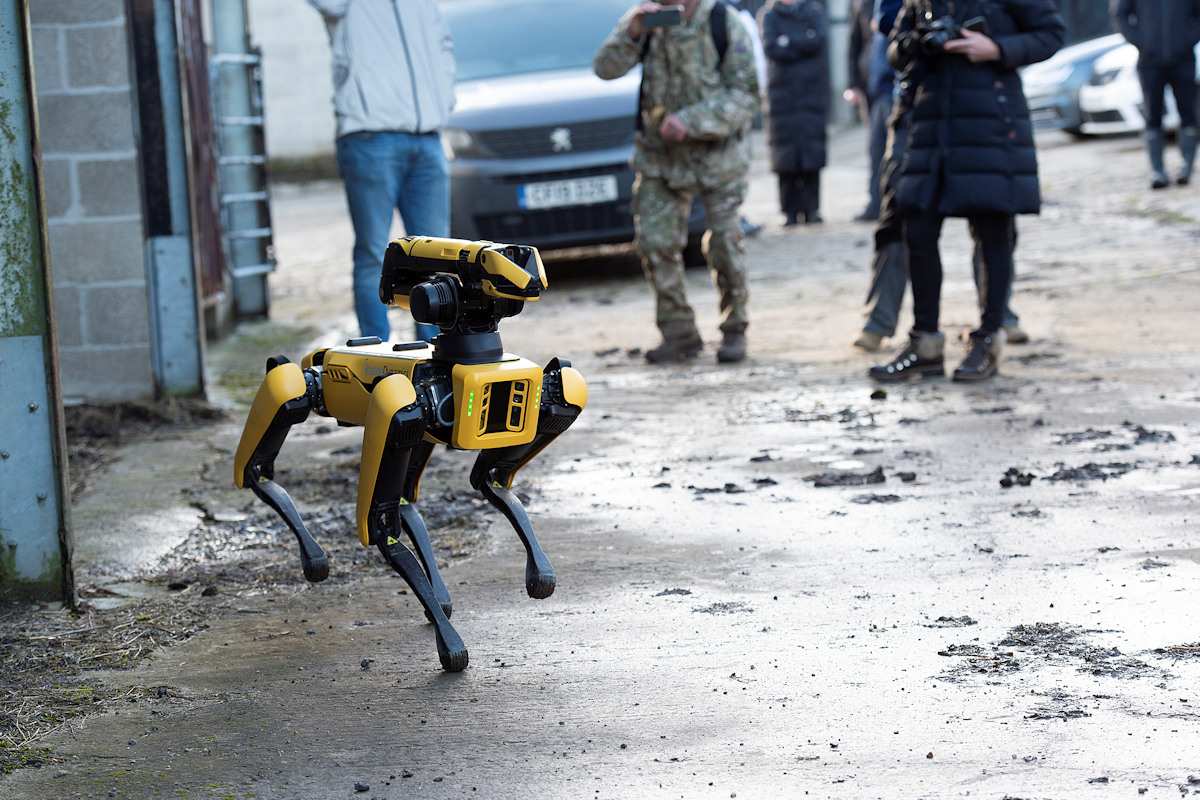