Defence Secretary Sir Michael Fallon is has unveiled a new model worth around £1 billion to support a growing Royal Navy fleet and sustain over a thousand British jobs.

The Common Support Model (CSM) will provide a framework for comprehensive support across the Royal Navy’s fleet of warships for decades to come in one new overarching arrangement.

The model will maintain the likes of both brand new Queen Elizabeth aircraft carriers, as well as all existing warships and will be able to incorporate future ships such as the Type 26 and Type 31e.

The new arrangement will bring together separate support agreements for individual ship types under a single, more efficient and more manageable model. Worth around £1 billion, it is set to improve the performance of service providers by having them adopt a common approach across all classes of complex warships.

The move aims to boost the performance and speed of all support, no matter what the ship, as well as making savings in equipment costs with the model providing a one-stop-shop for services required. 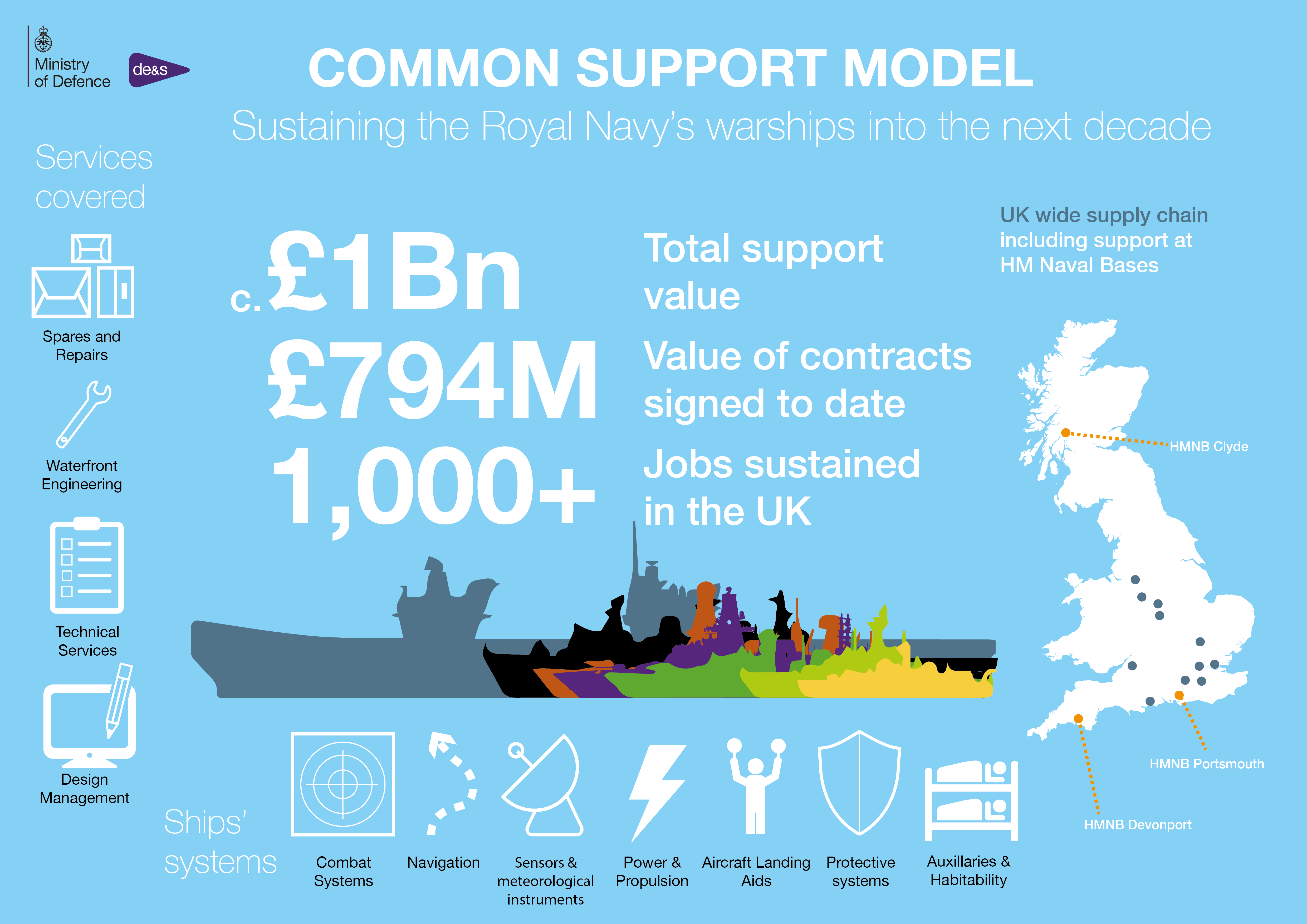 The model will establish a support system across the surface fleet, from the largest ships ever built for the Royal Navy, the nation’s new aircraft carriers, to the new Type 26 frigates being built on the Clyde and through to the likes of Minehunters and Royal Marine Amphibious Ships. It covers everything from combat management systems, fleet-wide communications and aircraft landing aids, through to spares, repairs and maintenance.

The suite of contracts will support over a thousand jobs in the UK, including at BAE Systems and Babcock in Portsmouth, Bristol, Devonport and on the Clyde, as well as Thales in Crawley and AGI Ltd in Poole.

The model will draw on the strong partnerships across UK Defence and world-leading skills to supply Royal Navy Engineering Technicians with the services and tools they need to keep the entire surface fleet effective at home and abroad, often far from home and in very challenging environments, and enhance the Royal Navy’s mission to protect the UK’s interests around the world. 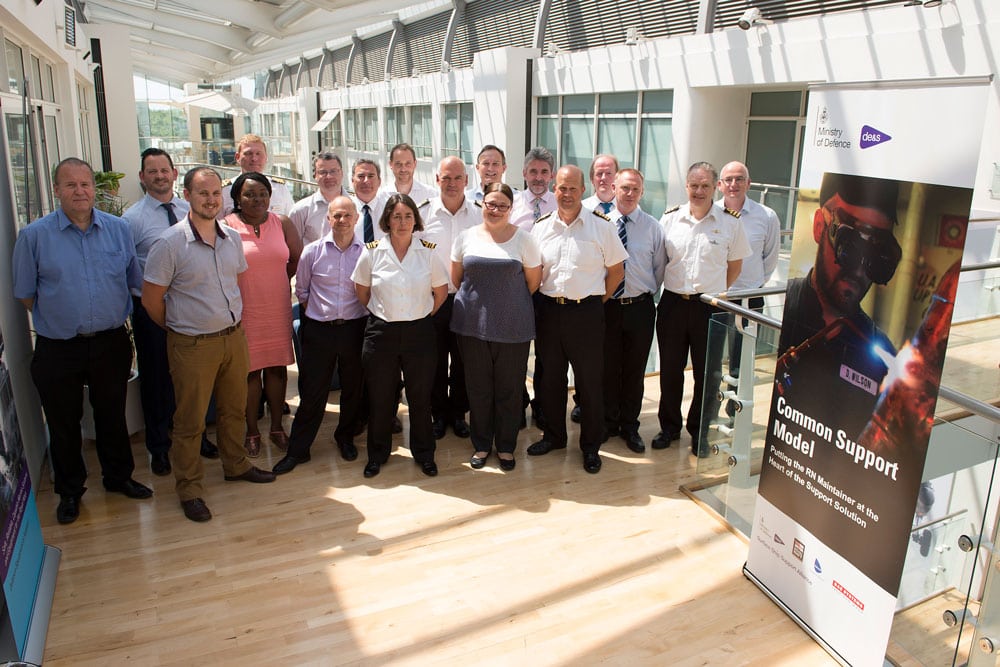 10 of the 16 agreements, worth £794 million, included in the model have already been signed, with the others set to follow in the coming months.

Our surface fleet is made up of some the most advanced and capable fighting ships in the world. HMS Queen Elizabeth, the Royal Navy’s newest and most advanced Aircraft Carrier, will join the fleet soon and the Common Support Model will provide a framework that will deliver effective support to the Royal Navy’s warship fleet at home and around the globe.

The innovative, ambitious and far-reaching Common Support Model, which will drive efficiencies and greater availability, has been made possible by the enduring and strong relationships which exist between the Ministry of Defence, the Royal Navy, and our industry partners.