Charlie is Head of Remotely Piloted Air Systems at DE&S, and recently spoke with us about innovation, delivering world-firsts, and pride in her team

“It’s the people here that are the reason I get out of bed every morning; it’s watching my team grow as individuals and deliver incredible things, together. I feel real pride.” 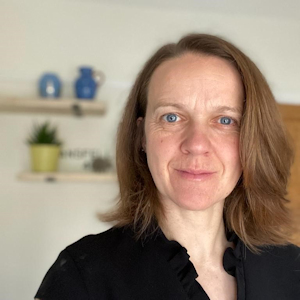 Charlie, Head of the RPAS team

Can you tell us about your background? How did you get into this role?

I’ve been in DE&S since 2004. I’m a Project Manager, and I worked a few years in the private sector before joining the MOD. I’ve mainly worked in project management, particularly with an acquisition focus. I joined the Remotely Piloted Air Systems team about six years ago, as the Deputy Head of Reaper and Protector air systems and was then promoted a couple of years ago to my current role.

We’re the team in DE&S who buys all of the main drones – anything from very small drones up to large-format aircraft. We enjoy a lot of variety working on projects across the acquisition cycle, everything from very early projects to in-service phases. It’s really interesting.

The team is about 220 at full capacity, working across about ten different platforms. It’s great; in my opinion it’s the most brilliant team in the world.

What does the ‘day to day’ of your job look like?

My day to day is mainly managing teams and performance, enabling the team to deliver, giving direction and being available for people to test ideas. A lot of my role is about talking to people within the team and stakeholders outside of the team. We’ve had to adapt a lot in the remote, virtual environment to find new ways of working together. It’s about making sure the team have the tools and resource that they need.

Can you tell us about some of the projects you work on? What impact do they make?

We have some platforms I can’t talk about, and some I can! Their ‘big picture’ impact is huge. One of them is Reaper, which has flown day in and day out for about ten years, flying on operations daily. Being remotely piloted, the Reaper systems are operated from a ground control station, and are designed for Intelligence, Surveillance, Target Acquisition and Reconnaissance (ISTAR). They’re critical to the safety of the armed forces and of the UK, as well as to the support to other nations in international partnerships.

Mostly they are used for surveillance and are particularly useful for observing changes in pattern of life. For example, in areas of conflict, if usually people walk up and down a particular street, if they start to avoid the street and take an alternate route, it might suggest there is an explosive device on the road. It’s vital for the armed forces of the UK and our partner nations to know this, to allow them to keep themselves safe, and keep the local population safe too.

We’re now also working on Protector, which is the replacement capability for that. Unlike the Reapers, which are based on operation overseas, Protector will be based in the UK and will be fully-certified to fly in UK airspace, which is a real gamechanger, allowing it to be integrated into national and international airspace without need for segregation. This will enhance military capability as well as allowing us to conduct training in the UK.

The other big capability that we’ve got is the Watchkeeper, which is a more tactical asset for the Army. With Watchkeeper, we supported the Home Office coastguard and border force with spotting migrants in the Channel, from a safety of lives at sea perspective. It wasn’t about sending them back, it was about assessing the boats trying to cross the Channel and prioritising who to bring to safety based on the size and safety of the boats they were on.

What makes the new Protector aircraft so cutting-edge?

Firstly, whilst Reaper has a 20-metre wing pan, Protector’s wingspan is 24 metres. It’s huge. That means it can accommodate more fuel, and therefore fly for longer before it runs out. It can fly for up to 48 hours, which is a significant advantage in terms of range and endurance. You can fly it from the UK and get to pretty much anywhere in the world.

What’s also a big innovation is the fact that it’s going to be fully certified from an airworthiness perspective. This is the first time anyone has certified this size of remotely piloted air system, anywhere in the world. We’re leading the way globally and the rest of the world will follow suit, to ensure we’re all adhering to a greater level of airworthiness and, ultimately, safety. With Reaper, we would typically be flying it over hot and sandy, sparsely populated areas, where there would be minimal risk. In adding this extra level of assurance, we will now be able to fly over more densely populated regions. That extra airworthiness testing is key to ensuring that we’re absolutely minimising any risk. We’re working in partnership with the Military Aviation Authority (MAA) and the contractor, setting new standards for airworthiness development.

In addition to all of that, Protector will have enhanced weather protection with resilience to ice, fire and lightning; next-generation Electro-Optimal/Infra-Red (EOIR) sensors to provide full situational awareness, day or night; plus we have future upgrades planned including a ‘Detect and Avoid’ mechanism, allowing the system to identify and circumnavigate potential obstructions in its flight path.

In terms of the technology, the aircraft itself is simple, but it’s the systems that are really fascinating. Without a human in the cockpit, we need assurance that the satellite link won’t go down and that the intelligence and network connections are secure. It’s interesting to see how the armed forces are changing their approach to this technology, too. They’re all embracing it, and it’s really interesting to see them develop their training, and their use of the capability.

We’re currently in systems testing, then we’ll progress to flight testing where the aircraft will undergo the RAF’s stringent test and evaluation programme, before proceeding to capability demonstrations and then coming into service in mid-2024. With a fleet of 16, we will more than double the capability provided by Reaper.

The team operating Protector will be based at RAF Waddington. Alongside these technical advancements, we’re building new infrastructure on the site, which will be state of the art and will be built to prioritise mental health and wellbeing. Ground control stations are bigger than before to create more space, and we’ve incorporated plenty of light and green space.

What is the most exciting thing about working at DE&S?

We deal with some pretty cool bits of equipment, as a self-professed ‘geek’ that really drew me in. I like working with the armed forces, and the best thing for me is the teams. There’s a really strong team ethos at DE&S: the teams are all really close-knit and passionate about what they do. Very few people come in and decide they just want to coast – I think that’s a common misconception. Everyone wants to do a great job and is committed to that public service, and I’ve really felt that over the past 20 years that I’ve been here. That’s the bit that really gets me fired up. It’s the people here that are the reason I get out of bed every morning; it’s watching my team grow as individuals and deliver incredible things, together. I feel real pride.

Why is it critical for people at DE&S to be leaders and innovators?

Leadership is key. We have big teams, and we are working remotely with international stakeholders as well as multiple stakeholders with the Ministry of Defence. We’ve got to be leaders and we’ve got to be able to use those softer skills to bring everyone together to deliver a common goal.

In terms of innovation, it’s vital that we continue to challenge ourselves and continue to improve. If we always do things the way they have always been done – well, firstly it would make life very boring but also, we wouldn’t be embracing new technology and striving for better. We need to maximise every pound of taxpayer money we spend to get the best capability for the armed forces, and to do that we need to be challenged in the way we manage our projects, how we use our own internal resource, and how we spend our budget most effectively with our contractors.

How are the team supported to challenge the status quo and strive for better?

We have a number of internal workstreams within my team: we have an Equality Action Committee looking at how we improve from a diversity and inclusion perspective, and we have a Social workstream where we organise team get-togethers and charity work, too. We also have a continuous improvement workstream that focuses on a wide range of team priorities to deliver better. We’re non-hierarchical in the team, and really open to everyone’s ideas and invite people to challenge the norm. Our leadership team is diverse in terms of their style and perspective, which also means we can continually push each other to help change things for the better.

How does it feel to make this impact as part of DE&S?

I joined the Civil Service because I was looking for a job with more career potential, and more stability, and because I thought it would be interesting – which it is! It fits really well with my moral compass, too. I feel very strongly and very proud of the fact that I don’t work for a ‘company’ and I am supporting the defence of the UK. It’s not about making profit. What we do day in, day out, has a direct impact on the ability of the armed forces to operate, and their ability to operate enables us to make sure that the UK is as safe as it can be. That sits really well with me and aligns with my values. I can’t imagine myself working anywhere else now, because that is something I feel so strongly about.

A number of years ago, I opted to spend six months in Afghanistan as one of a team of 12 civilian personnel. My role was Civil Secretary, so I was responsible for ensuring the military commanders were operating within the government’s commercial and financial rules. That really brought a lot of it home for me – it was the most challenging and most amazing experience, and it really helped me focus on why it is I do the things I do, and why the end result means so much.

Can’t find a Project Delivery job for you today? Search all our vacancies.