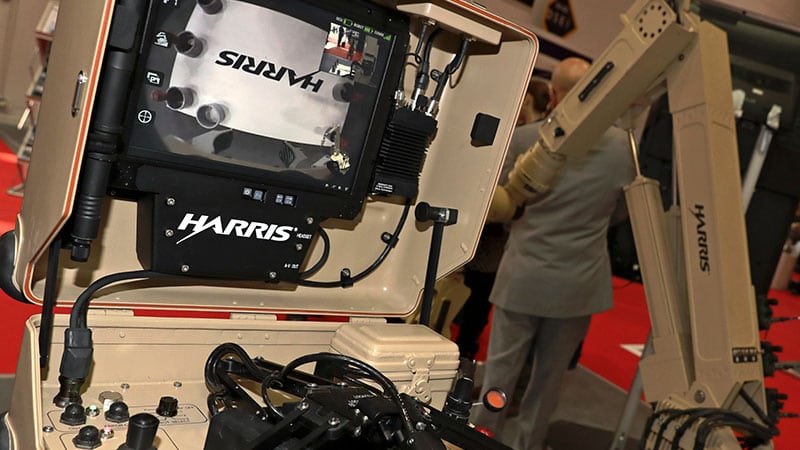 Defence Secretary Sir Michael Fallon has announced a contract worth up to £55 million for 56 innovative bomb disposal robots at the Defence and Security Equipment International (DSEI) Exhibition in London this morning.

Following an initial £4 million demonstration phase, the robots will be purchased from US robotics manufacturer Harris under the MOD’s Project Starter for use by the British Army, and will be supported by engineers at Harris EDO MBM Technology in Brighton, where the contract will sustain 10 highly-skilled jobs.

In a keynote speech, the Defence Secretary outlined how the Harris T7 robots use ‘advanced haptic feedback’ to allow operators to ‘feel’ their way through the intricate process of disarming from a safe distance, protecting UK personnel from threats such as roadside bombs. 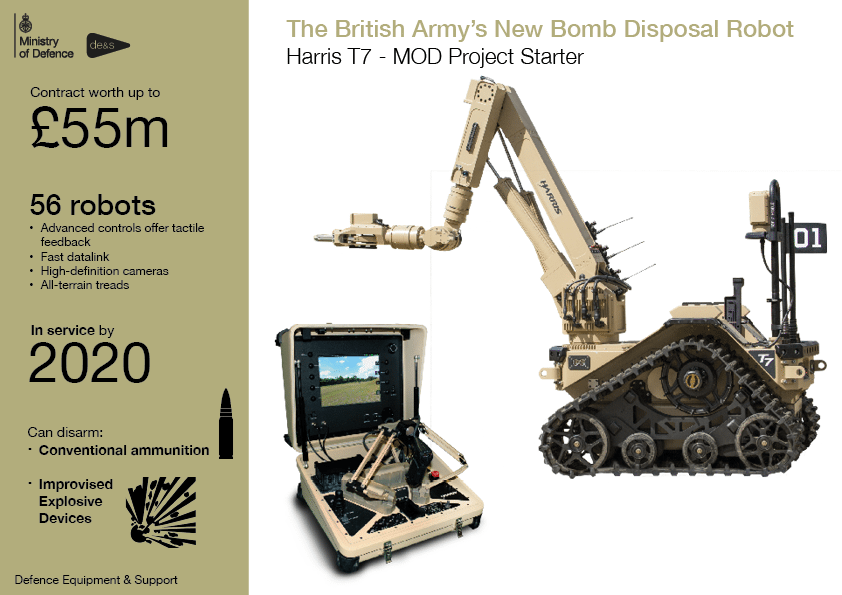 Equipped with high-definition cameras, lightning-fast datalinks, an adjustable manipulation arm and tough all-terrain treads, the robots are able to neutralise a wide range of threats.

This contract has been designed to deliver future-proof, world-leading technology at the best value to the taxpayer. Innovation is central not only to the success of this remarkable system, but also to the relationships across DE&S, Industry and the frontline commands which allowed this agreement to be reached.

The announcement comes after a competition between the world’s leading manufacturers, organised by the MOD, with the new fleet replacing the current Wheelbarrow Mk8b. All 56 robots are due to be delivered to the UK and in service by December 2020.

With 141 international delegates from 60 countries, DSEI showcases British business and innovation across security and defence. The Defence Secretary toured the exhibition and announced the latest investment in advanced equipment for the UK’s Armed Forces.

In addition to new bomb disposal robots, the Defence Secretary announced that UK personnel will be protected by a new lightning-fast protection system under development by the Defence Science and Technology Laboratory (Dstl). The new ‘Icarus’ system, involving a consortium led by Leonardo, will be able to detect and defeat threats to armoured vehicles within 100 milliseconds: many times faster than a human could respond. 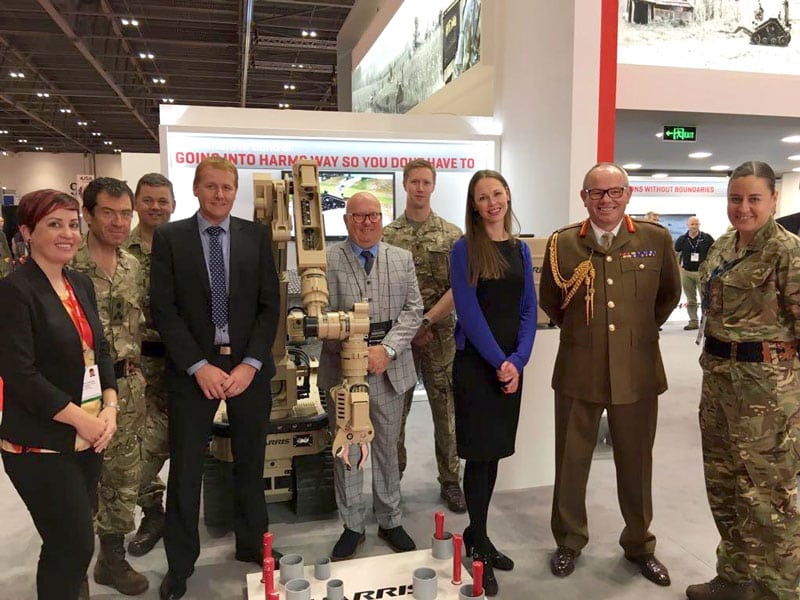 With our rising defence budget, we are investing in the latest equipment for our Armed Forces to tackle the growing threats we face. These state-of-the-art bomb disposal robots will be powerful and reliable companions to our troops on the battlefield, keeping them safe so they can help keep us safe.

The proof of concept Technical Demonstrator Programme is worth £10 million to the UK economy and will develop system sensors and countermeasures to defeat a wide range of current and future battlefield threats such as Rocket Propelled Grenades and Anti-Tank Guided Weapons, helping to protect the lives of the UK Armed Forces.

The Demonstrator Programme will initially secure 45 jobs across the UK and has the potential to create up to 250 jobs if the system is eventually deployed.

The Defence Secretary also pointed out that, for the first time, a full-scale model of the UK’s future laser turret will be on display at DSEI. In January 2017 the MOD awarded a £30 million contract to the MBDA-led Dragonfire consortium, to demonstrate the potential of Laser Directed Energy Weapons. The demonstrator will be tested on UK ranges from 2018 with in-service capability planned by the end of the 2020s.