The Future Capability Group (FCG) at DE&S is investigating whether unmanned air systems (UAS) could be used to rescue personnel who fall overboard from the Royal Navy’s largest ships, including the two new aircraft carriers.

The Future Capability Group (FCG) at DE&S is investigating whether unmanned air systems (UAS) could be used to rescue personnel who fall overboard from the Royal Navy’s largest ships, including the two new aircraft carriers.

In a ‘man-over-board’ (MOB) situation, the largest warships do not have the necessary manoeuvrability to reposition quickly enough to affect a recovery. In addition, dependent on how rough the sea is, their boats cannot always be launched.

With the rapid onset of hypothermia in cold waters, resulting in a very real risk to life, there is a pressing need to get the person out of the water and into some form of shelter whilst either the ship, sea boat or helicopter are actioned to make a recovery.

Now FCG is working with companies in the UK and US to combine a GFX UAS with an autonomous flight system, a person-in-water detection system and raft deployment to create a fully autonomous man overboard recovery system.

It is hoped the system will be able to deploy automatically in tune to an alarm, locate the person, deploy a life raft and then maintain position over the MOB so they can be easily located in the water by the appropriate rescue craft.

The investigation, which is being funded through the Royal Navy Discovery Assessment and Rapid Exploitation (DARE) Innovation fund, falls under Project Minerva and is an example of small or medium-sized enterprises working collaboratively to carry out research and development activities to inform how Defence could benefit from technologies and discover innovative ways of working.

“Mitigating the risk to life is really important. UAS technology is growing exponentially and we need to better understand how this can be applied in Defence. This type of investigation has not been done before within the MOD and, as such, carries a high level of risk but with a high level of benefits.”

FCG portfolio manager, Rakesh Takooree, added: “Being able to exploit technologies in the pre-concept space requires a greater risk appetite and being comfortable to work in an area of technological uncertainty. This is how innovative solutions are generated.” 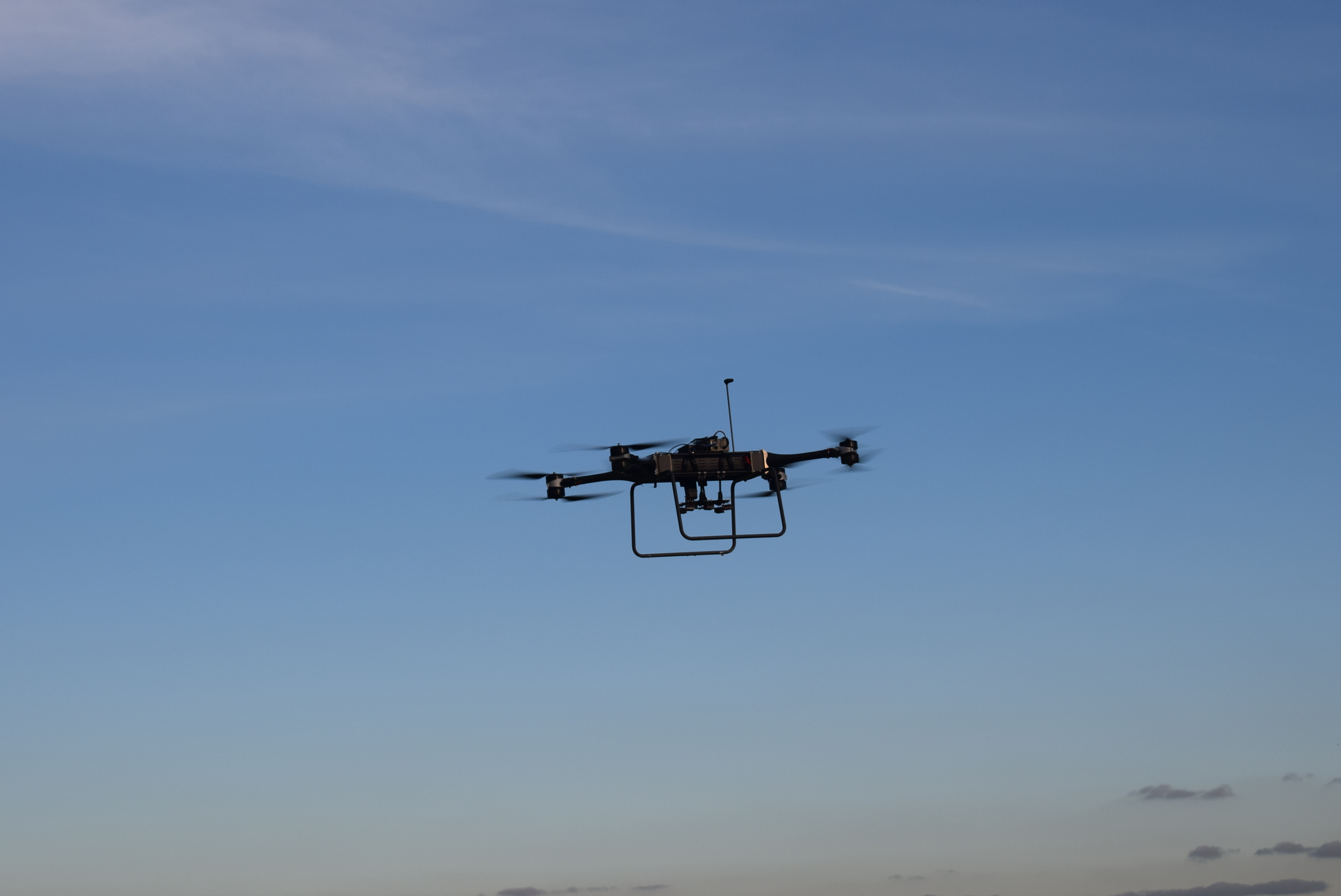 FCG were given the task to investigate technology by Lieutenant Commander Peter Whitehead, who is the innovation commander within the Navy.

You can find out more about the innovative ways of working at DE&S by reading this month’s special ‘Innovation’ edition of the Desider Magazine.