Virtus is one of the most advanced integrated body armour, helmet and load carriage systems in the world. 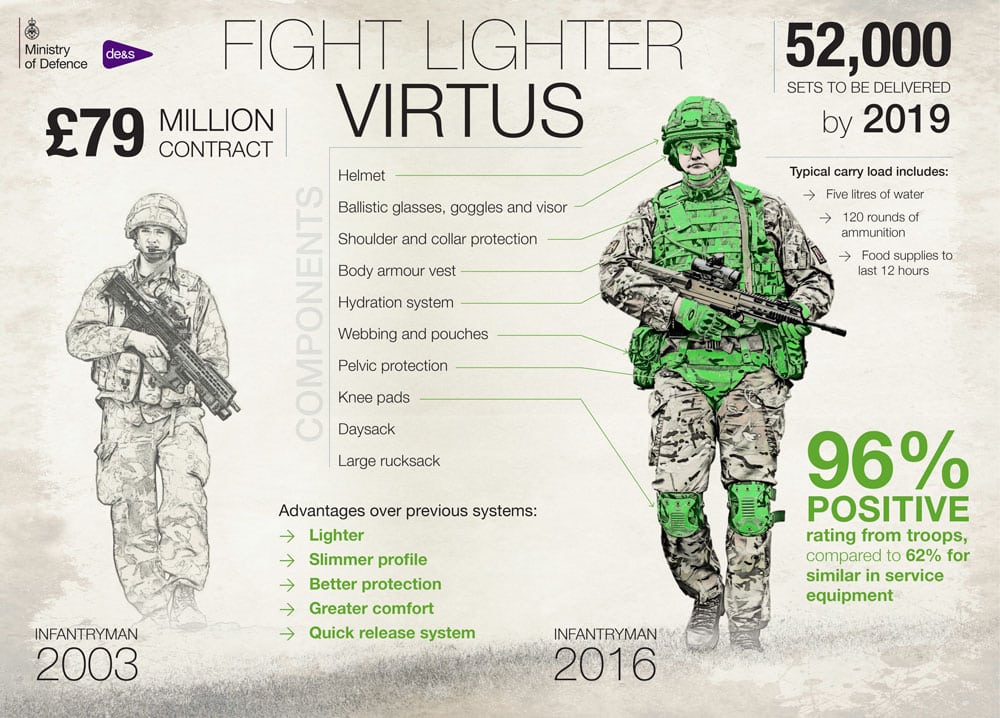 Virtus programme at a glance

“Virtus, which has a slimmer profile, offers better protection, is more comfortable and includes a quick release system, is a step up from previous body armour. It feels great to be delivering a system which will make a clear, positive difference to British soldiers.”