Storm Shadow SPEAR Cap 4: A day in the life of a weapons trial

4AM: Ridgecrest, California. The team sets off to ensure final preparations for the trials of the latest SPEAR Cap 4 variant go to plan. It is a short drive onto the US Naval Air Warfare Centre China Lake – a huge trials facility in the Mojave Desert where the famous Sidewinder air-to-air missile was invented and tested.

Spreading out over 4,500 sq km, the range is larger than Somerset and controls 50,000 sq km of air space, more than twice the size of Wales.
Despite the range’s size, testing a missile like Storm Shadow is still a very complex undertaking.

The trial includes jamming the missile navigation system to demonstrate whether the system will successfully operate in a realistic threat environment. Obvious challenges also arise from its long-range capability.

To safeguard against mishaps, layered precautions and planning had to be prepared well in advance, including securing US Federal Aviation Authority permission for any jamming, as well as jointly engineering a sophisticated safety solution with the range to confidently bring down the missile if required. 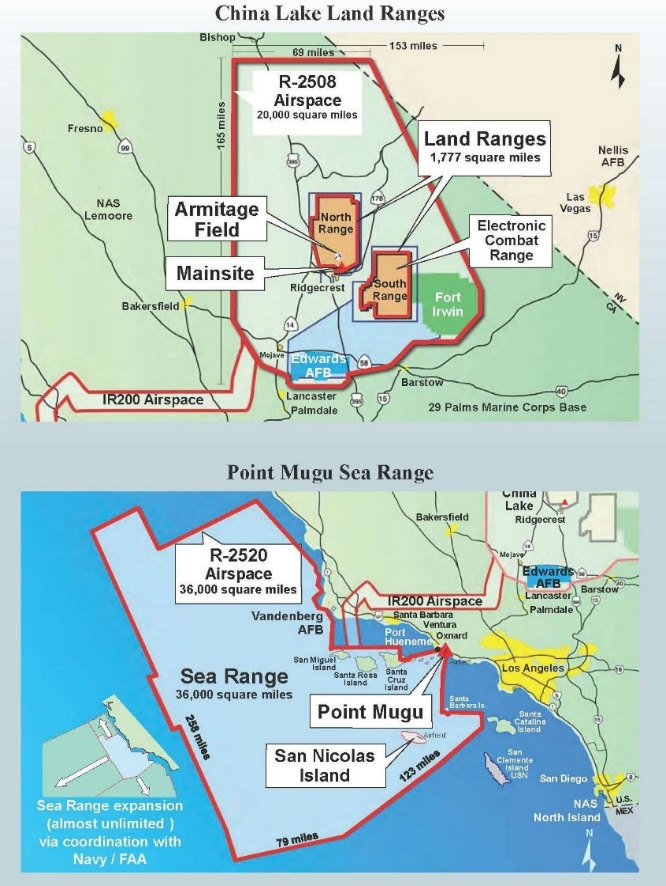 6AM: On the dusty concrete flight pan, a lone scorpion watches the preparations. It is already getting hot as the final loading of a trial missile onto a 41 Test and Evaluation Squadron Typhoon is completed. The team head for the final pre-flight briefings with the aircrew, Air and Space Warfare Centre planners, trial liaison staff from the US and engineers from MBDA. All resources and facilities are ready and in place and final timings are confirmed.

DE&S Storm Shadow Programme Manager Wayne Bantick has been the driving force to get to this point. The organisation of the trial has taken years, including challenging lead times, complex logistics and having to replan several times due to the impact of COVID-19. As PM, Wayne implemented several risk mitigation activities that ultimately proved key in protecting the trial from cancellation or failure. 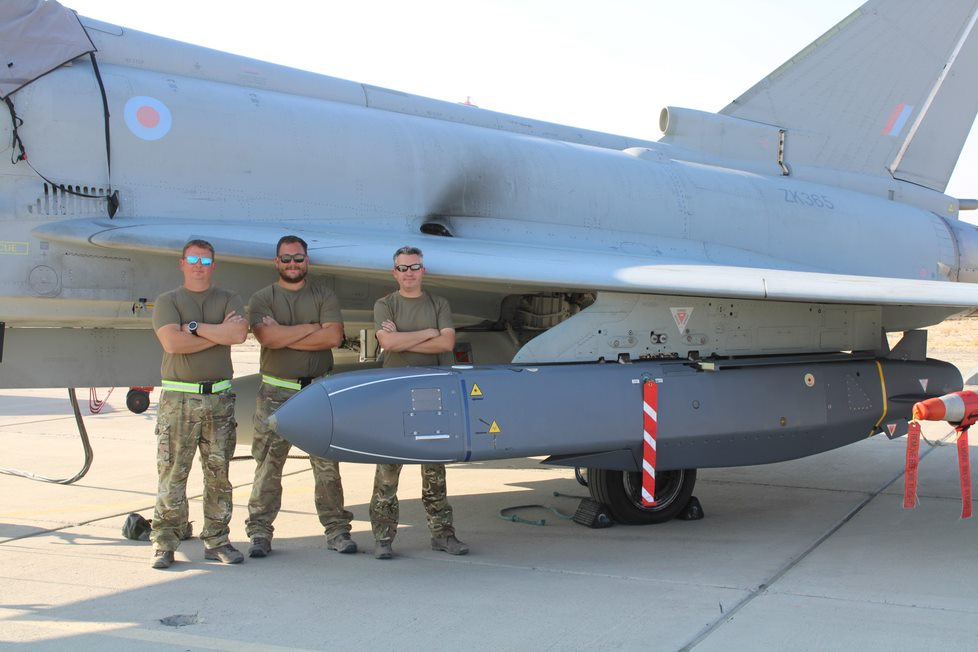 8AM: In the “bay”, a combined UK and US team staffing the trial facility watch the Typhoon taxi and take off with the trial missile on a large central video feed. Another Typhoon equipped with a targeting pod takes off and flies a chase profile. An array of real-time images, radar and telemetry feeds, including video transmitted from the chase Typhoon are beamed onto a large display wall to follow the whole trial.

8:46AM: Total precision. The test crew release the missile from the Typhoon, the wings deploy and it races down low towards the desert terrain on a racetrack flight path around the range. In the bay, all eyes watch the video feeds and overhead map track showing it staying tightly on its planned trajectory despite the multitude of jamming signals trying to disrupt its navigation. After a few circuits around the range, the missile enters the terminal engagement mode and slices straight into the shipping container target. 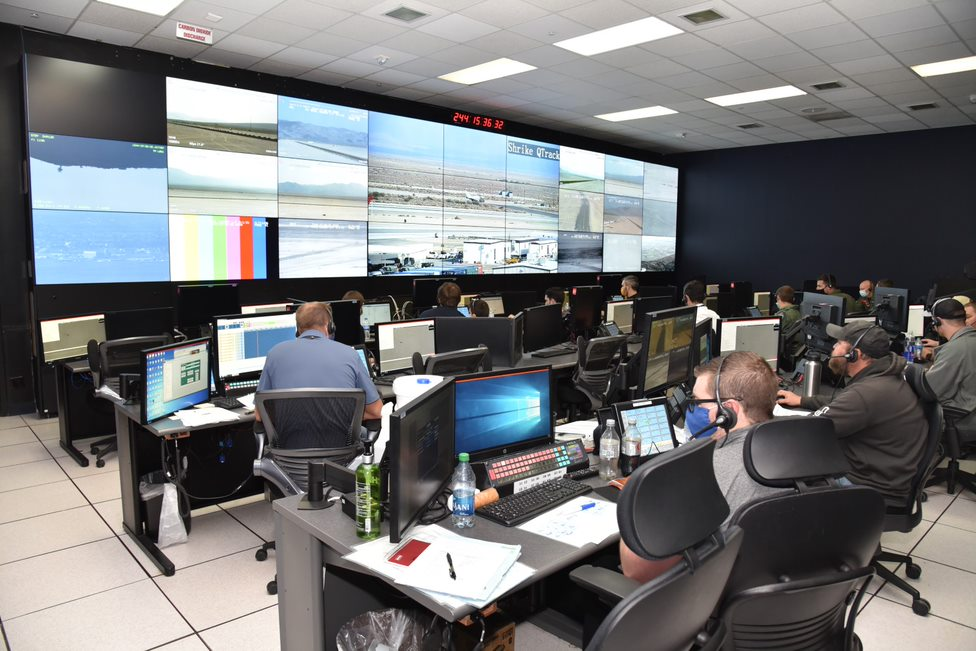 “On the dusty concrete flight pan, a lone scorpion watches the preparations.”

The multi-national teamworking to bring the trial to this point has been exceptional, reinforced by the thoughts of the US trial Test Manager at China Lake, who says: “These trials were the most complex weapons events that the China Lake Ranges has supported in a long time, using almost every resource that the range has to offer as well as bringing in teams like the 746th Test Squadron for GPS jamming.

“Through all of it, the UK and US teams have developed a great working relationship that has been essential to successfully work through various technical, programme and logistical issues and risks, as well as the impacts of COVID-19.”

Ensuring safety has been a key part of the trial, overseen by DE&S LRPS Chief Engineer, Simon Wain. The test missiles included explosive mechanisms and embedded termination systems ready to enable the missile to be brought down if required. This included significant engagement and support from UK advisors and the US authorities to secure clearances. 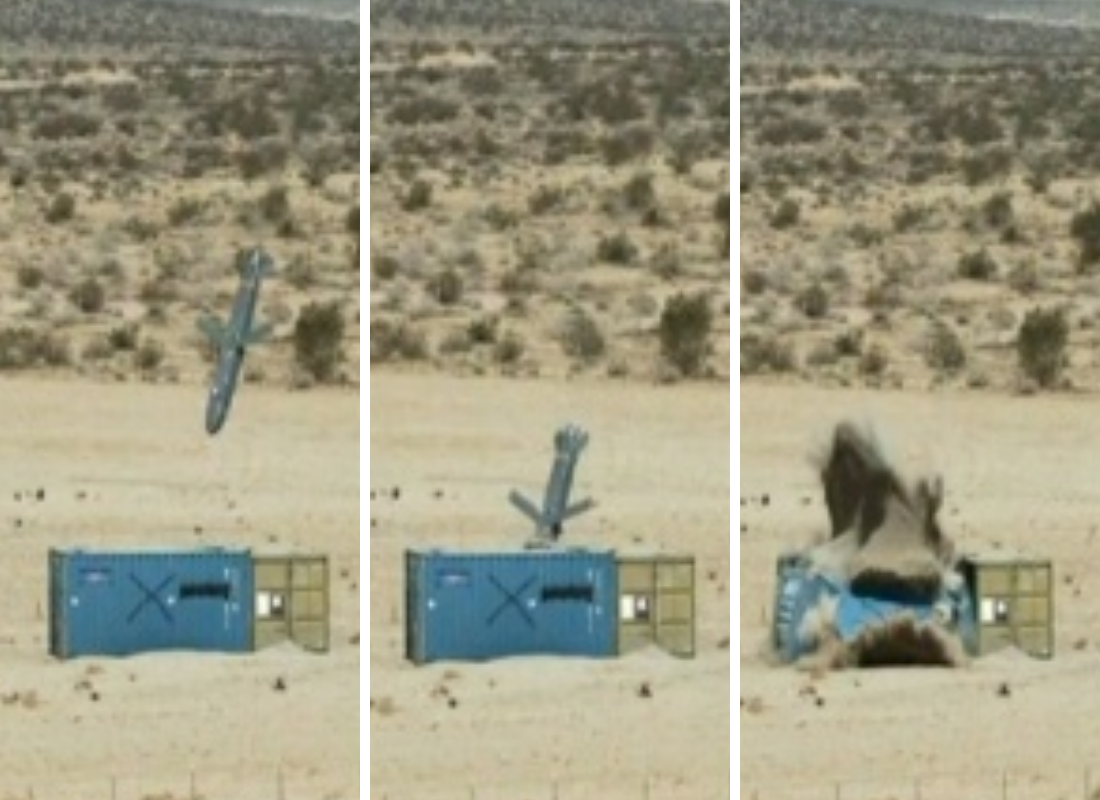 The team’s responsibilities don’t stop with the missile impacting the target. As soon as clearance is given, they head out to the target site. The temperature peaks at 50C. The smell of aviation fuel is thick in the hot desert air around the crash site, while the missile is buried deep in the sand and the container destroyed.

“The temperature peaks at 50C. The smell of aviation fuel is thick in the hot desert air around the crash site.”

The efforts of the LRPS team in the US and back home supporting them in project delivery, engineering, safety, contracts, finance and, crucially, logistics came together to achieve a tremendous result. It has been terrific to see Wayne and the deployed team show superb leadership, judgment and commitment in very challenging conditions – time critical, searing temperatures and a very tight regulatory/safety environment.

It has been especially rewarding to see the approach and the work of the team now held up by NAWS China Lake to other customers as an example of how to conduct trials.

In all, the trials saw 4 Storm Shadow SPEAR Cap 4 missiles successfully tested, proving the effectiveness of the latest upgrades to this strategic UK asset to our users. 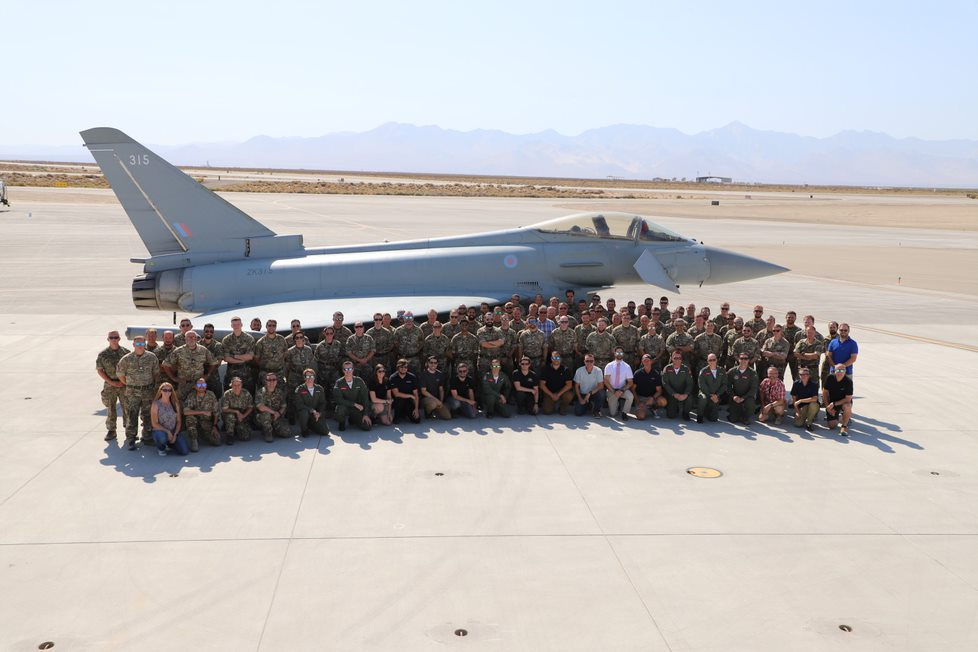